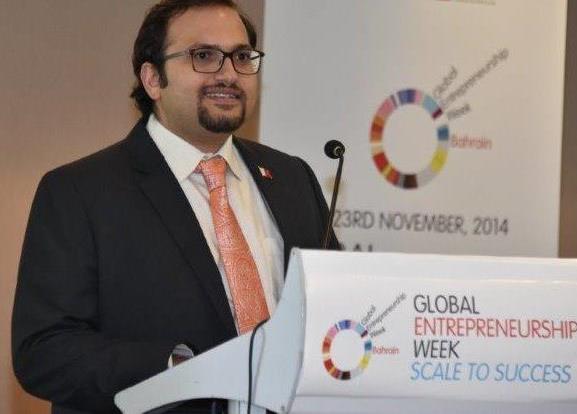 Tenmou, Bahrain’s first ‘Business Angels’, announced today that preparations are underway in the Kingdom of Bahrain to celebrate the Global Entrepreneurship Week (GEW), which will take place from 16 – 22  November 2015.

This year, Bahrain will join more than 160 countries around the world and endorse its commitment to bolster entrepreneurial ecosystems to help start and scale new firms across the globe.  In addition, as part of the GEW, Tenmou will also host the Start-up Weekend from 19th-21st November 2015.

Commenting on the announcement, Hasan Haider, CEO of Tenmou said: “We, at Tenmou are proud to host the Global Entrepreneurship Week again this year.  Bahrain was nominated as one of the best new GEW hosts at the annual Global Entrepreneurship Conference last year. This recognition has positioned Bahrain on the international map and reflects the significant role it plays to be the leader in the region.”

“We are also confident that the events lined up for this year with our partner organisations, will take us a step further and help to unleash the talents of both existing and future potential entrepreneurs.”

As part of the Start-up Weekend, Tenmou experts will be hosting a series of exclusive pre-event seminars for university graduates.  The aim of these seminars is to educate, encourage and help the graduates to understand the process of how Start-up Weekend works and to take part. Participants attending the seminars will be final year graduates pursuing Information Technology (IT), graphic designing and business courses from the University of Bahrain, Ahlia University and Bahrain Polytechnic.

GEW has been identified as the world’s largest celebration of entrepreneurship aimed at bringing ideas to life, driving economic growth and expanding human welfare. Founded in 2008 by the Ewing Marion Kauffman Foundation (USA), Global Entrepreneurship Week provides a platform that creates one global entrepreneurial ecosystem. It aims to inspire the next generation of future potential entrepreneurs and business leaders by engaging, connecting, mentoring, building and developing their confidence and ambitions through a series of activities hosted by partner organisations.

Launched in 2011, Tenmou aims to support entrepreneurs with valuable business assistance, including financial investment, mentorship, advice and guidance.  Tenmou recognizes that for many entrepreneurs, mentorship programmes can be as valuable as financial investments. Each project receives practical advice and training from the company’s board members, who bring with them a wealth of business experience.  These training sessions expose the entrepreneurs to real business situations and are conducted in the form of regular workshops.

Established with a start-up capital of BD1 million (US$2.7 million),Tenmou invests an average of BD20,000-30,000 for a stake of on average 20-30% in each project that meets its criteria, and will provide a three-month mentorship period, including support services, at no cost to the entrepreneurs.

Gulf Air, the national carrier of the Kingdom of Bahrain, confirms the return of operations out of the Islamic Republic of Pakistan starting from...
Read more
Inside Bahrain

As a visionary step, Bahrain has introduced robots for the assistance of COVID-19 patients. H.E Fatima A.Wahid Al Ahmed Assistant Undersecretary for Resources and...
Spotlight

The Labour and Social Development Ministry has announced the launch of the electronic employment procedures as of Monday, noting that job-seekers are now provided...
© GO ALIVE MEDIA
MORE STORIES