An Audi A3 car was presented to...
NewsBahraini Ambassador to Thailand participates in Woman Power event 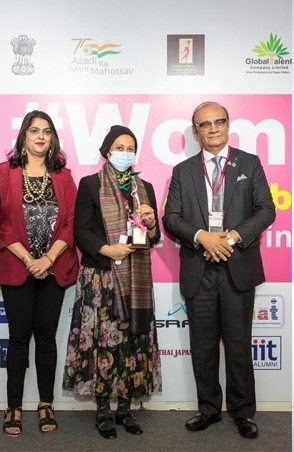 Bahrain’s Ambassador to Thailand HE Mona Abbas Mahmood Radhi participated as a guest of honor in the Woman Power event held under the patronage of Ambassador of the Republic of India to Bangkok, Suchitra Durai, in the presence of Thai government officials and ambassadors to Thailand.

In her speech, Mona Abbas emphasised the significant interest in Bahraini women in various fields under the directives of His Majesty King Hamad bin Isa Al Khalifa, and with the great support of Her Royal Highness Princess Sabeeka bint Ibrahim Al Khalifa, Wife of HM the King and President of the Supreme Council for Women (SCW).

The ambassador reviewed the remarkable progress achieved by Bahraini women in various fields through their active participation in all local, regional and international forums.

The ambassadors to Thailand reviewed the most prominent achievements and efforts of their countries in promoting and supporting the advancement of women.