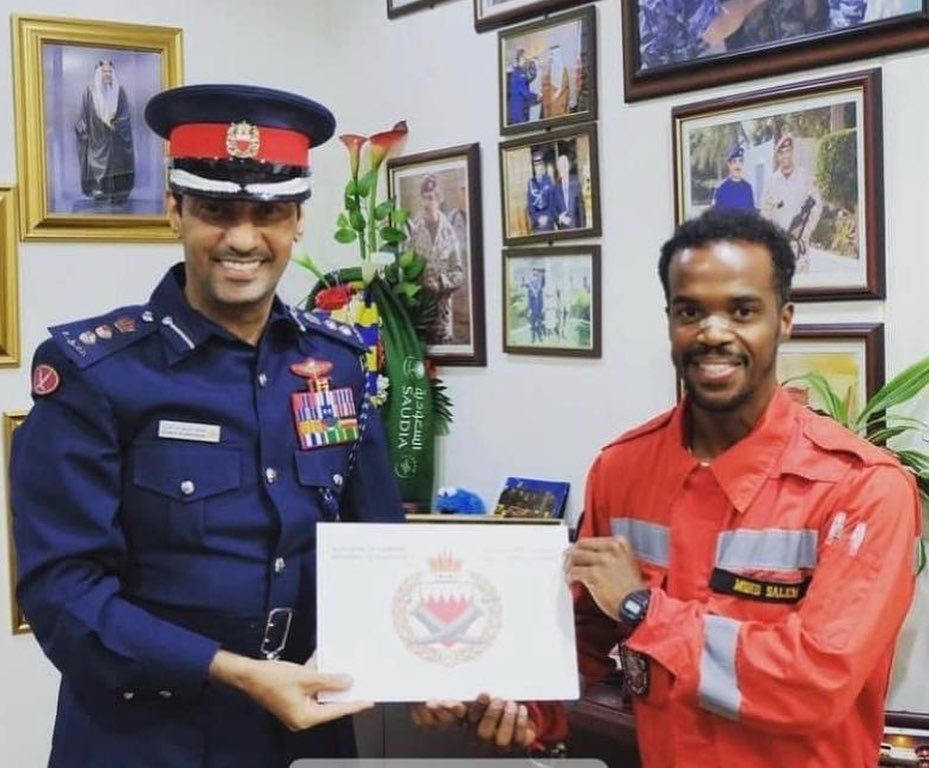 During a recent fire that caught a family of 6 at Hamad Town, Mohammed Salem came to the rescue and saved all of them from the burning building. The 33 year old off-duty firefighter was just outside his home when he saw the smoke rising nearby and heard screams for help.

Mr Salem immediately rushed towards the smoke, scaling the building, and jumping to the roofs to reach the family. He ended up with bruises, smoke inhalation, and a broken nose. The family and Mr. Salem was brought to BDF hospital after the incident. Mr Salem later stated that his injuries were nothing compared to the lives that could have been lost.

He has been hailed a hero by the community and has been honored by the Ministry of Interior as well as the Gulf Petrochemical Industries Company President, Dr. Abdelrahman Jawhari.