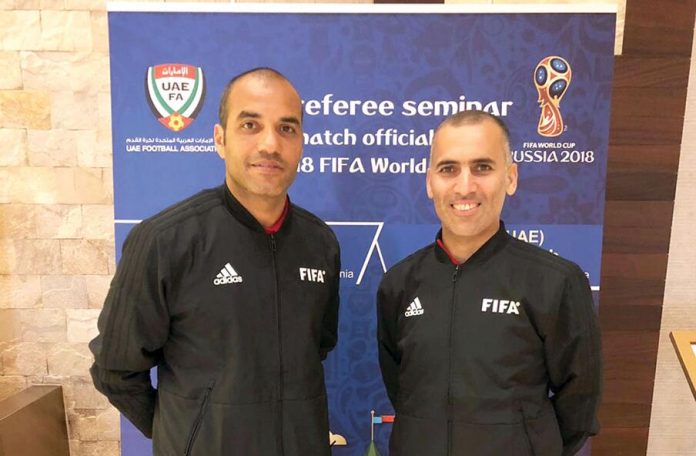 Bahraini first international assistant referee Yasser Telfat has also been designated for the same match by the football governing body.

The two referees had already been designated to officiate the match which opposed Poland and Senegal on the 19th of June.

The football governing body also designated Shukrallah as fourth referee in the match which opposed Serbia and Switzerland.

The Information & eGovernment Authority (iGA) in collaboration with the National Taskforce for Combating the Coronavirus (COVID-19), has officially launched an app to support...
Management Principles

Foreign Ministry Undersecretary Dr. Shaikha Rana bint Isa bin Daij Al-Khalifa released the update number of returnees as she was hosted by the “Be...
Inside Bahrain

The National Bank of Bahrain (NBB) has announced that it is has extended its support to its Commercial and SME customers impacted by the...
Sports This Week

Skiplino announced that it will offer its award-winning contactless mobile queue solution free-of-charge for 6 months to all Government Agencies, Hospitals and Medical Centers...
iGA