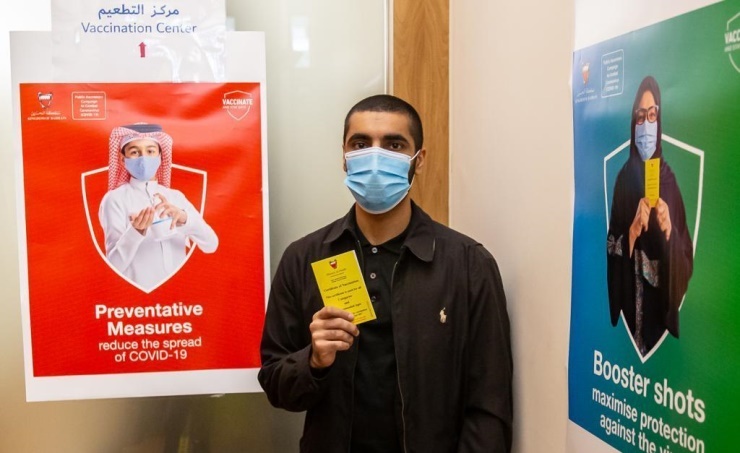 Bahrain’s Embassy to the United Kingdom has started the implementation of a vaccination rollout for citizens residing abroad.

The mover is in implementation of the royal directive issued by His Majesty King Hamad bin Isa Al Khalifa, to start vaccinating Bahraini citizens residing abroad against COVID-19 who were unable to get vaccinated, and in order to preserve the health and safety of citizens and support national efforts led by His Royal Highness the Crown Prince and Prime Minister, Prince Salman bin Hamad Al Khalifa, in combating COVID-19,

The embassy noted that this royal directive comes within the framework of His Majesty’s keen interest in ensuring that the people of the Kingdom of Bahrain receive the best care and services at home and abroad.

The Ministries of Health and Foreign Affairs acted to implement  HM the King’s directives and conducted intensive coordination with the staff of the Embassy of the Kingdom of Bahrain in the United Kingdom, where a large number of Bahraini citizens are stationed to obtain the necessary approvals according to the UK regulations and work on logistical preparations and an online registration portal for citizens.

The vaccination rollout commenced after all registered citizens have been determined and the necessary approvals have been obtained from the UK authorities.

Bahrain’s Ambassador to the UK  Shaikh Fawaz bin Mohammed Al Khalifa, praised the royal directive and its positive impact on the citizens present in the United Kingdom.

He stressed the high feedback and coordination between the organizing team from various government ministries and the embassy to ensure the success and smooth execution of the vaccination rollout abroad.

The first vaccination period for citizens of the Kingdom of Bahrain in the United Kingdom will continue until Friday, July 9, 2021.

The embassy has called on all those wishing to receive the vaccination to register via the online portal available on the social media accounts of the Embassy of the Kingdom of Bahrain to the United Kingdom.