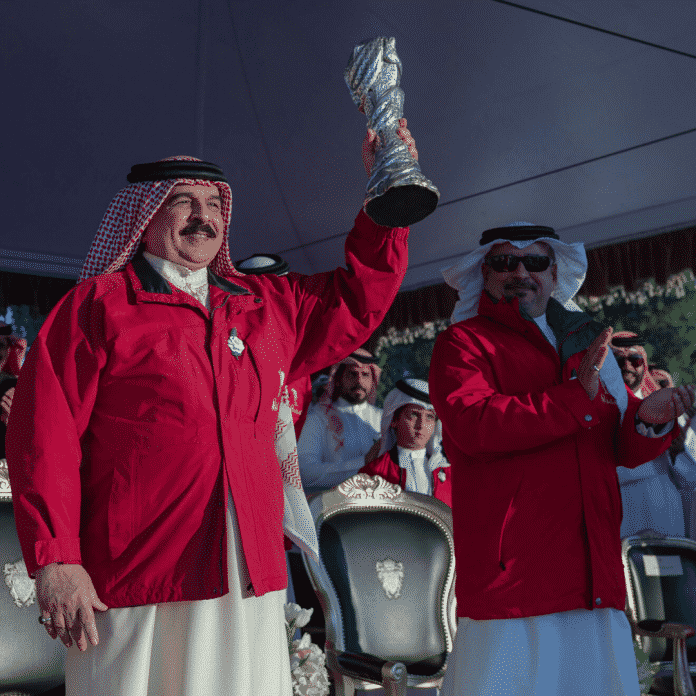 On December 8th, 2019, Bahrain won its first Arabian Gulf Cup. A golden victory, the journey was against tremendous odds yet finally surfacing victorious.

2000+ Bahrain fans were brought in by 11 commercial planes to support the team during the finals. In front of red-dressed rapturously cheering fans, Bahrain ends the nail-biting finals with a 1-0 score against Saudi Arabia. The win was a significant accomplishment as it is Bahrain’s first trophy on the Arabian Gulf Cup’s 50 years history. 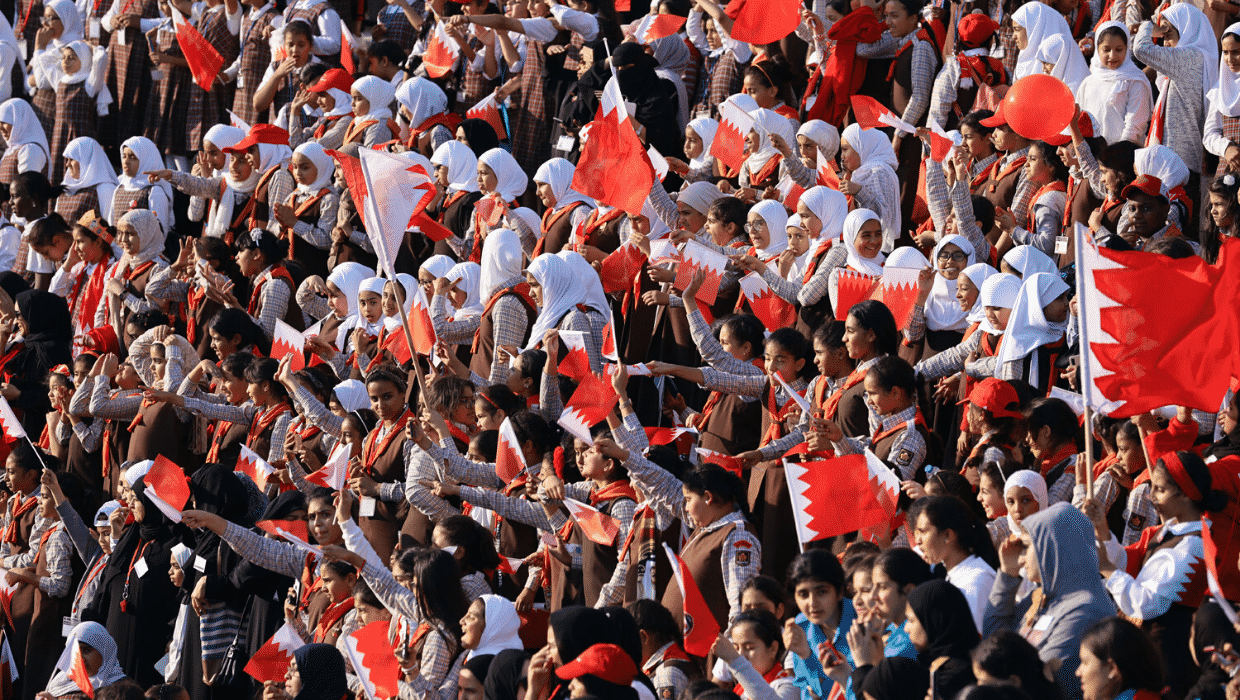 “The achievement attained by the Bahraini champions in this Gulf champion has brought joy to all the people of Bahrain and expatriates as well.” His Majesty King Hamad Bin Isa Al Khalifa said. A declaration of holiday for all Universities, Public and Private Schools, Kindergartens, and public offices were declared on Monday, December 9th, 2019 to mark the historic achievement. 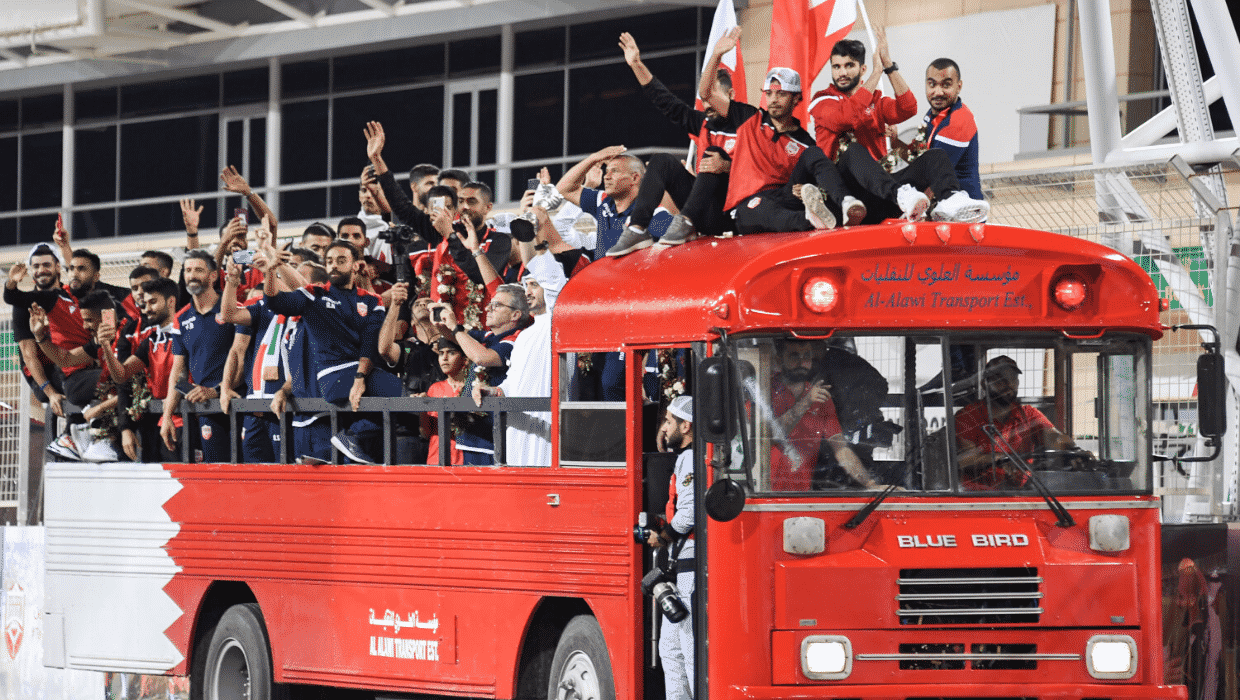 The Youth and Sports Affairs Ministry has invited all football fans to participate in the parade, which started at 3:30 pm. The bus left the airport and headed to Airport Avenue, Shaikh Isa bin Salman Highway, King Faisal Highway, Shaikh Khalifa bin Salman Highway, Zallaq Highway, Gulf of Bahrain Road, and then finally arrived at the BIC.

The bus transporting the national team showed off the much-coveted trophy, with tens of thousands of Bahrainis and fans that proudly saluted them and waved the red-and-white Bahraini flag. 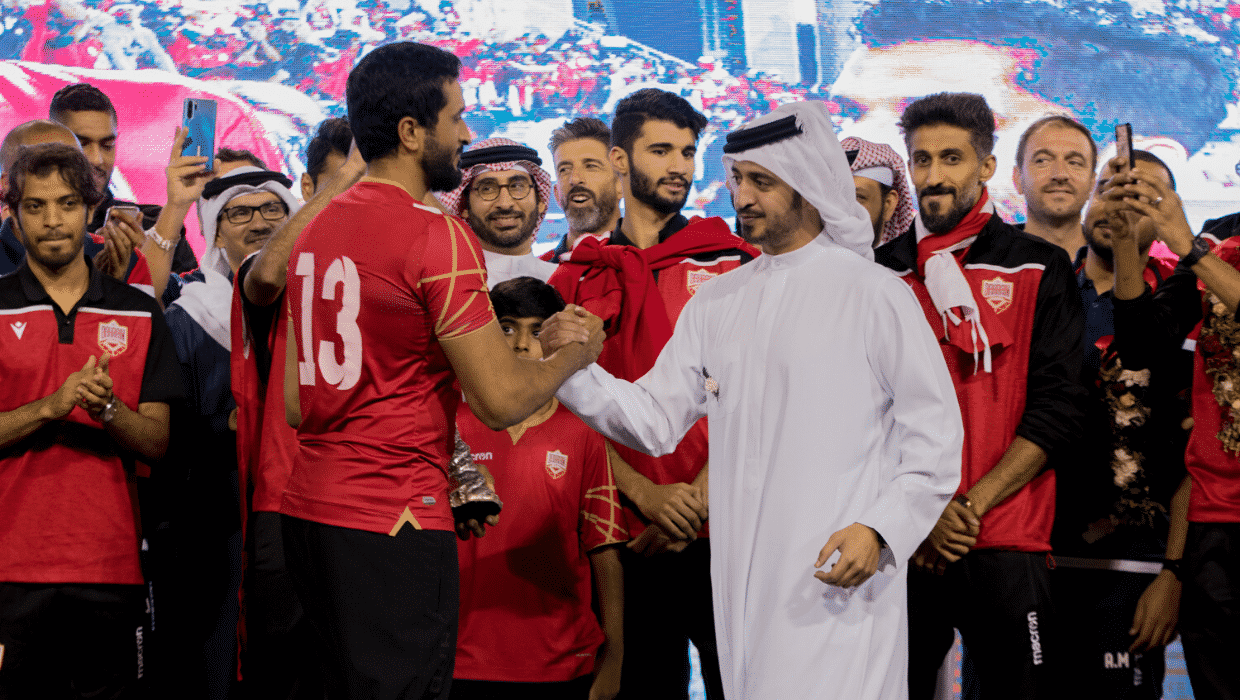 Bahrain’s journey to the victory was tough.

Saudi Arabia almost pulled ahead of the match. A tense start with Saudi Arabia’s Salem Al Dosari’s kick to the edge of the box at 4 minutes and their captain, Salman Al Farag, missing a penalty around 12 minutes.

However, through grit and perseverance, Bahrain pulled ahead late into the game and maintained the lead towards victory. Truly a show of Bahrain National Football team’s skill, talent, and whole-hearted performance, enough to make every Bahraini proud.

The victory brings many possibilities to the team. Most important of all, a chance to qualify for the World Cup. 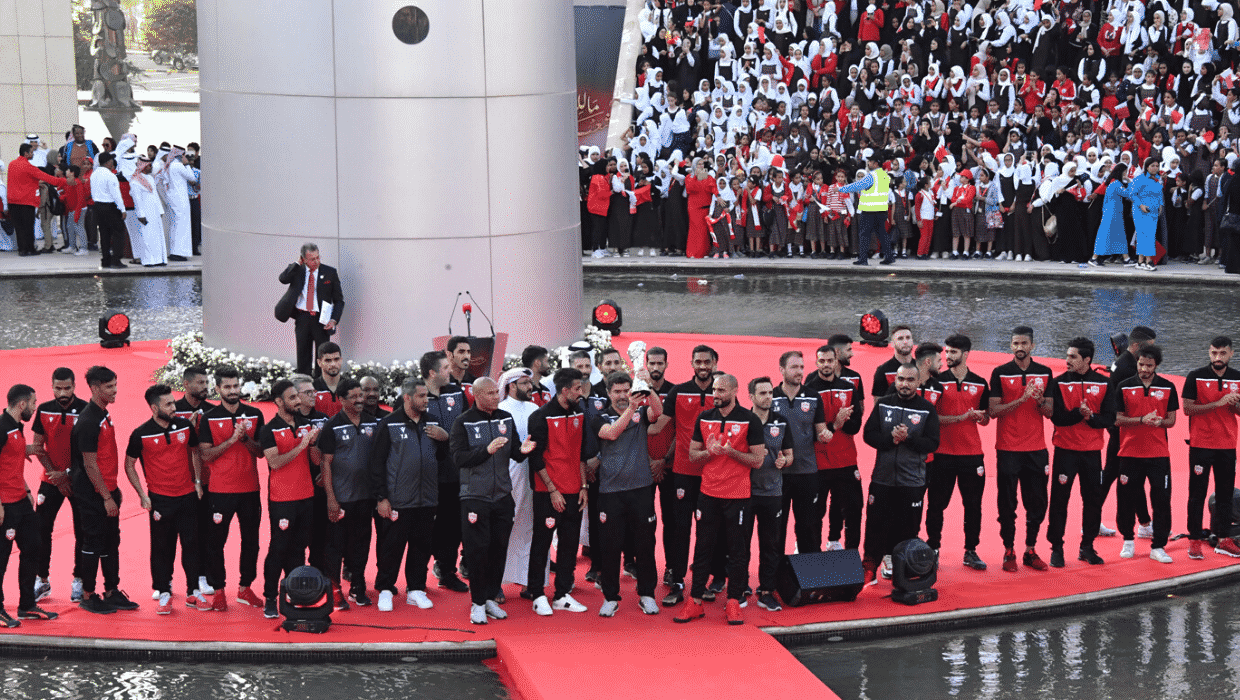 Praise by the King

A ceremony was organized at the National Action Charter Monument by the Ministry of Youth and Sports Affairs, in cooperation with other ministries on December 11th, 2019.

HM the King gave a heart-warming speech congratulating the athletes and Bahrainis’ unfaltering support for them. He concluded the speech with,

“We reiterate our congratulations to everyone, and while we congratulate ourselves on our achievement, we also greet our brothers who participated in the Gulf Cup on the high level of performance and competitiveness that qualify them to participate in the most important international competitions. Thank you again, and we wish Bahraini football more opportunities for excellence and achievement.”

HH Shaikh Nasser also gave a speech, commending the athletes for their sacrifice and thanking Bahrainis for their support. He presented the Gulf trophy to HM the King who conferred the National Action Medal on the players in tribute for their great achievement. A commemorative photo was taken for HM the King and the national football team. 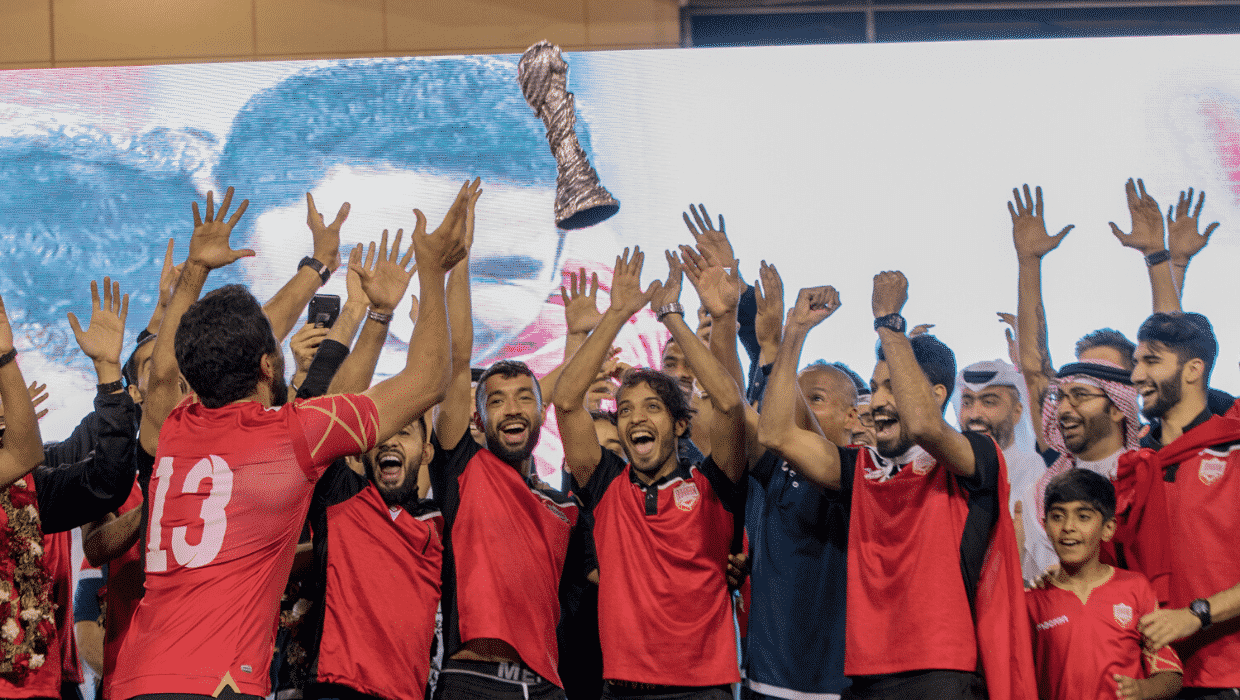