A radio broadcast announced the independence of the State of Bahrain in 1971. The following day, an agreement was signed between Bahrain and Great Britain ending the covenant treaty. The first Council of Ministers was formed on the same day, initiating Bahrain’s modern history.

As Britain announced withdrawal from the Arabian Gulf, His Royal Highness the Prime Minister Khalifa bin Salman Al Khalifa set about to resolve any claim to Bahrain. The Prime Minister reached out to secure global support in order to recognize Bahrain’s sovereignty in order not to lose “an inch of its territory” for Bahrain.

On March 29th, 1970, the State Council issued a statement broadcasted by the radio “Bahrain, trusts in the UN Organization, and agrees with the decision of the Secretary-General to send a representative to prepare and submit a report based on the real facts. This international document to the UN Security Council is expected to put a definitive end to the dispute. It is our duty to maintain order receive, and help Mr. Winsber, representative of the Secretary-General, to perform its duty.” 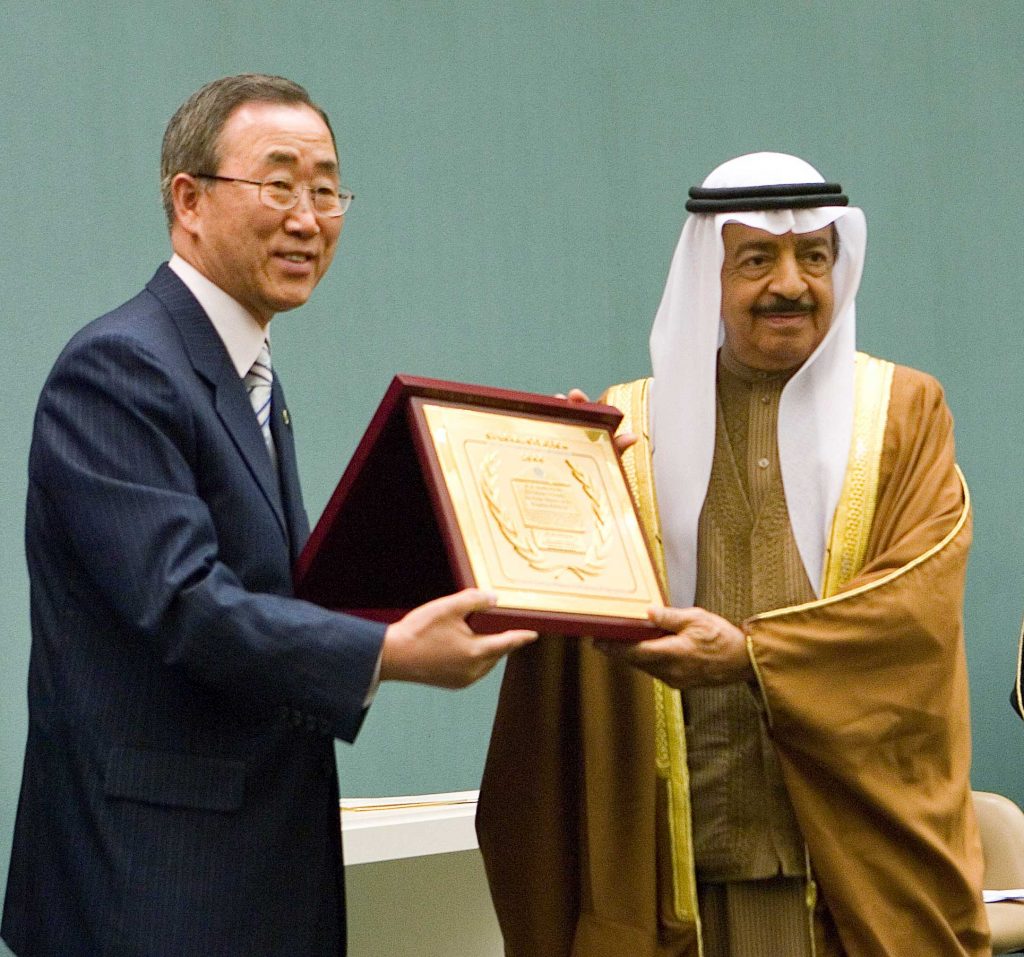 The Chairman of the fact-finding mission, the Italian Diplomat Mr. Winsber Juichiardi, had a grand reception at Bahrain. During the second day of his visit, Juichiardi invited people to meet with him assuring citizens without the monitoring of the government representatives. He met with citizens, toured the country, and listened to the opinions of all who came to him before submitting a report to the UN of his findings and recommendations for 20 days.

The UN Secretary General on 11th May 1970 stated “The Security Council, meets today to discuss the issue of Bahrain.”

Council members voted on a draft of the resolution that stated:  The report of the personal representative of the Secretary General was presented to the Council along with a memo from the Secretary General on April 30th, 1970. The Council welcomes the ultimate findings of the report, which confirm that the vast majority of the Bahrainis wish to gain recognition of its entity as a state within an independent, fully sovereign and free country that is capable of deciding its own international relations.” 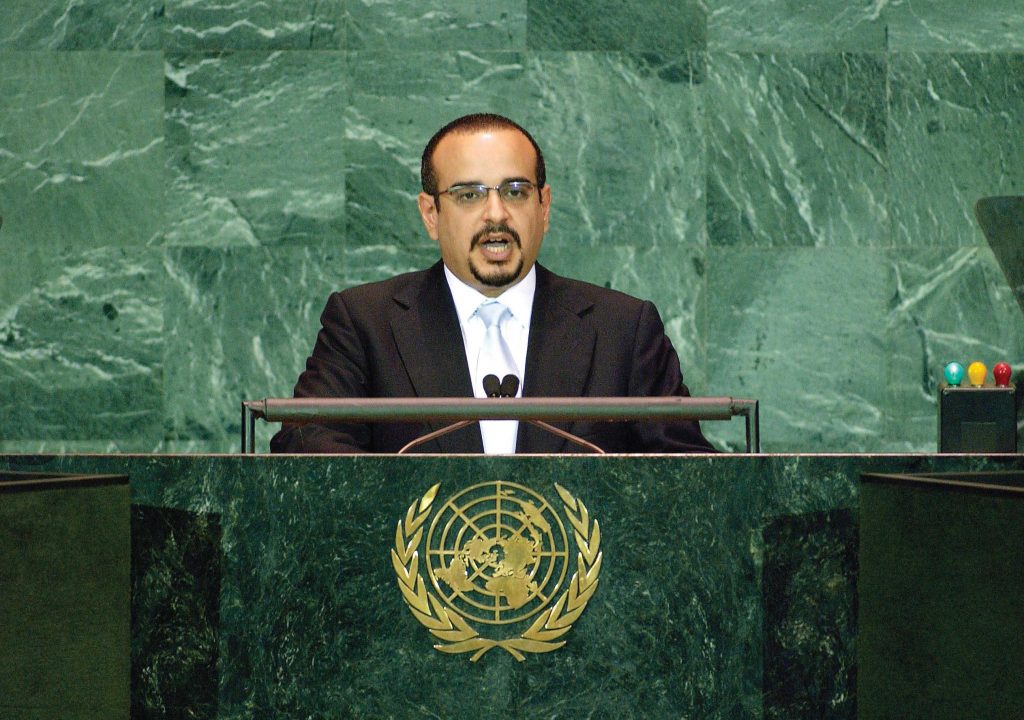 On 16th August 1971 the Security Council referred Bahrain’s application to the Committee on Admission of New Members. The General Assembly, opening its twenty-sixth regular session on September 21st 1971, elected Adam Malik, Foreign Minister of Indonesia, as its President, and decided to admit Bahrain as the 129th member among130 Member States. Bahrain established permanent delegations to the United Nations headquarters in New York (est. 1971), and the United Nations office in Geneva (est. 1982).

The resolution was unanimously approved and the Bahraini flag was raised at the UN Headquarters on 22nd September 1971.  Secretary-General U Thant made a statement that the membership was completely consistent with the measures applicable at the UN organization.

HH Shaikh Mohammed bin Mubarak Al Khalifa, Foreign Minister and Acting Minister of Information at the time delivered his first speech to the UN in the General Assembly’s 26th session. He thanked the UN member States for admitting Bahrain full membership in the UN, and particularly the Afro-Asia bloc who supported the admission of Bahrain as an independent sovereign State.

His Highness affirmed that Bahrain would exert every effort to strengthen political and cultural ties with all Arab countries in accordance with the principles of the Charter of the League of Arab States. During Bahrain’s membership UNSC, the Council adopted 276 resolutions from 1998- to 1999. The Council also adopted 72 presidential statements from 1998- to 1999. Bahrain’s membership in the Security Council is considered a quantum leap in Bahrain’s diplomatic work, especially in multilateral diplomacy, since the membership concerned with maintaining international peace and security. 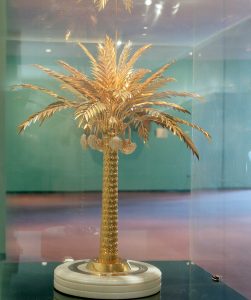 Bahrain was an early member at international organizations and an observer state in UNESCO in 1966, The Food and Agriculture Organization (FAO) in 1967, and WHO in 1969.

The country made notable contributions upon joining the UN as a member of the Economic and Social Council from 1990-1992 and from 2000-2003 and as an elected non-permanent member of the Security Council for the first time that enriched Bahrain’s diplomatic role.

Gulf Air, the national carrier of the Kingdom of Bahrain, announces that it has appointed Mr. Mohamed Ibrahim Al Hamer as a Country Manager...
Read more
iGA