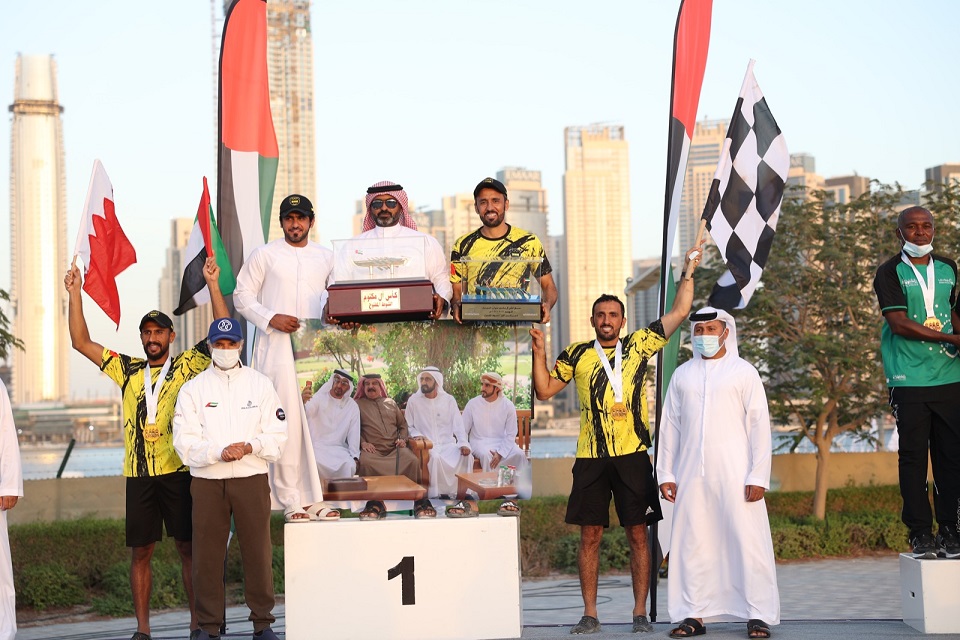 Captained by Nakhuda Ahmed Nasser Al Busmait, the team were also winners of the previous edition of the most precious cup of the traditional Arabian Gulf rowing sport.

On the occasion, Chairman of the Traditional Sports Committee at the Supreme Council for Youth and Sports, Khalifa Abdulla Al-Qaud, said that the victory confirms the distinguished level reached by the heritage sports in Bahrain, noting that it is the outcome of the unwavering support of HM the King’s Representative for Humanitarian Work and Youth Affairs and Chairman of the Supreme Council for Youth and Sports (SCYS), HH Shaikh Nasser bin Hamad Al Khalifa, and that of the First Deputy Chairman of the SCYS, Chairman of the General Sports Authority and President of the Bahrain Olympic Committee, HH Shaikh Khalid bin Hamad Al Khalifa.