Iftar cannon is a notable part of...
NewsBahrain’s Pavilion at Expo 2020 Dubai offers visitors from around the world a taste of the authentic Bahraini cuisine 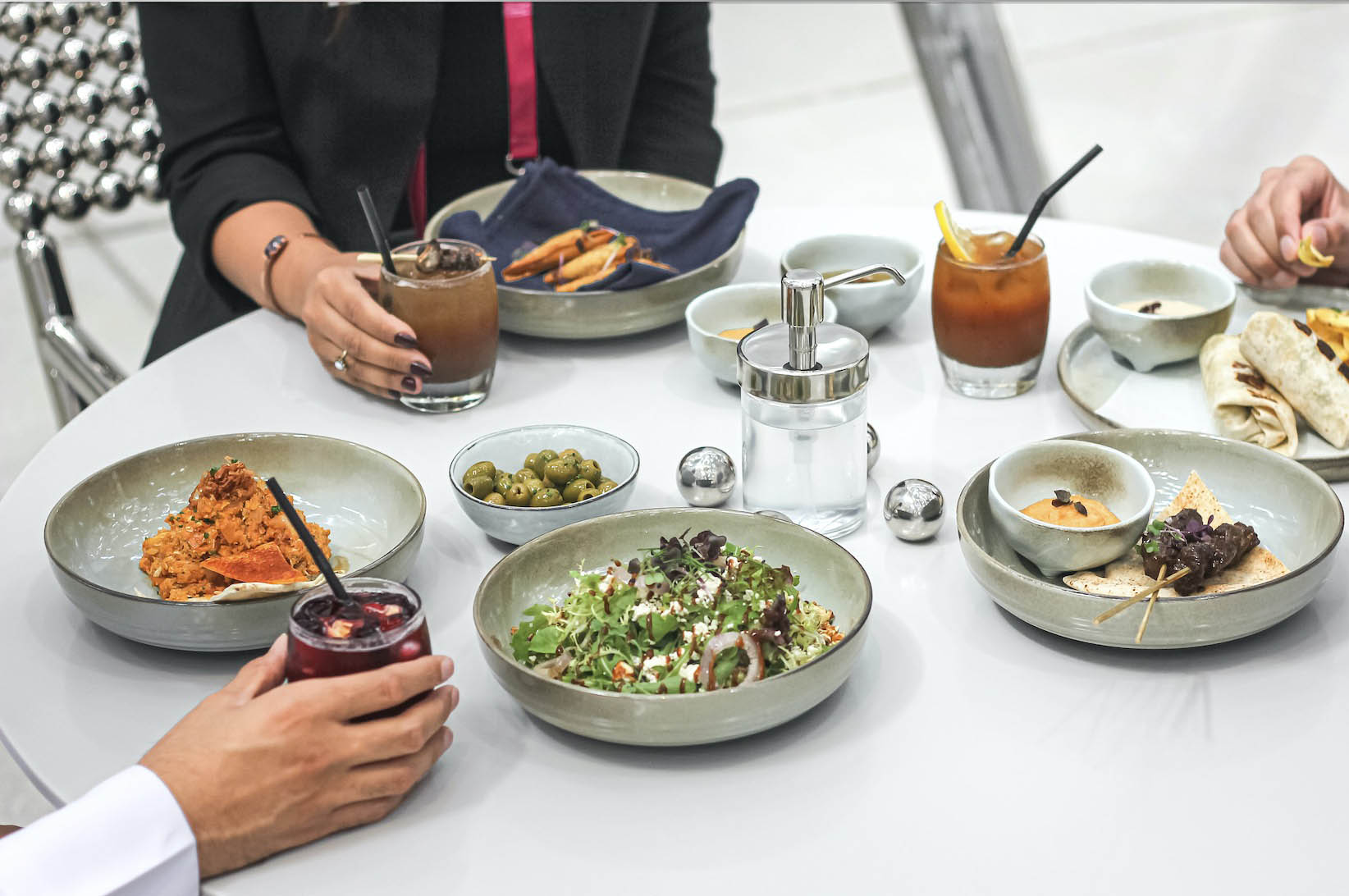 The Kingdom of Bahrain Pavilion at Expo 2020 Dubai is an immersive, open-space where its architecture, exhibitions and café collectively showcase how the limited land available in Bahrain developed some of the nation’s greatest strengths. A jewel of Bahraini culture is its cuisine, and visitors of the Bahrain Pavilion are able to taste the eclectic flavors of Bahrain.

Offering small sample plates of traditional Bahraini cuisine with a twist, renowned and award-winning Bahraini chefs Lulwa Sowaileh and Bassam Al-Alawi curated this exquisite menu. Staying true to the flavors of the cuisine at its core, this café aims to introduce the world to this little known cuisine, as well as transport those outside of Bahrain back home through taste. Beyond exposure, Al-Alawi highlights the diplomatic benefits of such a café, stating, “I believe in the gastrodiplomacy aspect of cuisine. It’s difficult to dislike someone who shares good food.”

Sowaileh stresses how the dishes and beverages at the Bahrain Pavilion are simultaneously authentic and modernized. “Technique,” she says, “is the biggest difference between the dishes served at the Pavilion and those eaten back home— however, the genuineness of the flavor is never sacrificed”.

“These dishes, extremely complex, are not taught at culinary schools,” Sowaileh explains, “as these recipes are inherited from our families. They are a key part of our heritage.” Al-Alawi emphasizes how the work of Bahraini food anthropologist Dr. Dalal Al-Sherooqi helped offer historical context to their work. The Kingdom of Bahrain, a small archipelago nestled in the calm waters of the Arabian Gulf, was an integral trade center, and the Al-Alawi says, “[Bahrain’s] size coupled with multiculturalism makes us unique. We have such small geography that communities are forced to intermingle. In terms of density, the richness of Bahraini cuisine is borne through this historical reality.”

Despite the plethora of influences on the Bahraini kitchen, Indian, Portuguese, and Persian to name a few, it remains one that is distinctively Bahraini. The traditional spice blends, known as the Bahraini baharat, are mixed by the chefs using spices handpicked from the local spice market to perfect the flavor. “Our spices are one of the traditional elements in cuisine I’m most proud of. We washed and air-dried them ourselves — it’s all handcrafted, similar to our other cultural outputs like weaving and pearling,” Al-Alawi said.

Ingredients such as the black limes aren’t readily available in the United Arab Emirates, and so the chefs proceeded to dehydrate the limes themselves. Many visitors of the Bahrain Pavilion positively responded to the original black lime soda drink at the café, a contemporary take on this key ingredient.

Time Out Dubai magazine included the Kingdom of Bahrain Pavilion Café in its list of 50 great places to eat at Expo 2020 Dubai, as well as including the National Pavilion Café in the open voting process for visitors to choose their preferred destination for food and beverages at the Expo.

The Bahrain Pavilion “Density Weaves Opportunity” at Expo 2020 Dubai is ongoing until the end of March 2022. Designed by Christian Kerez Zurich AG, the Pavilion is an open and slightly submerged space on the site, accessed by a ramp that creates a transition between the outer and inner world of the pavilion. The structure of this central space consists of 126 columns, 11 centimeters thick and 24 meters high. This central space includes the main exhibition space, a gift shop, and café, distributed liberally between the building columns forming the tactile and spatial experiences of density.