Uncategorized“Batelco Fantasy League” Competition Launched for Football Fans with Prizes Up To $10,000

“Batelco Fantasy League” Competition Launched for Football Fans with Prizes Up To $10,000 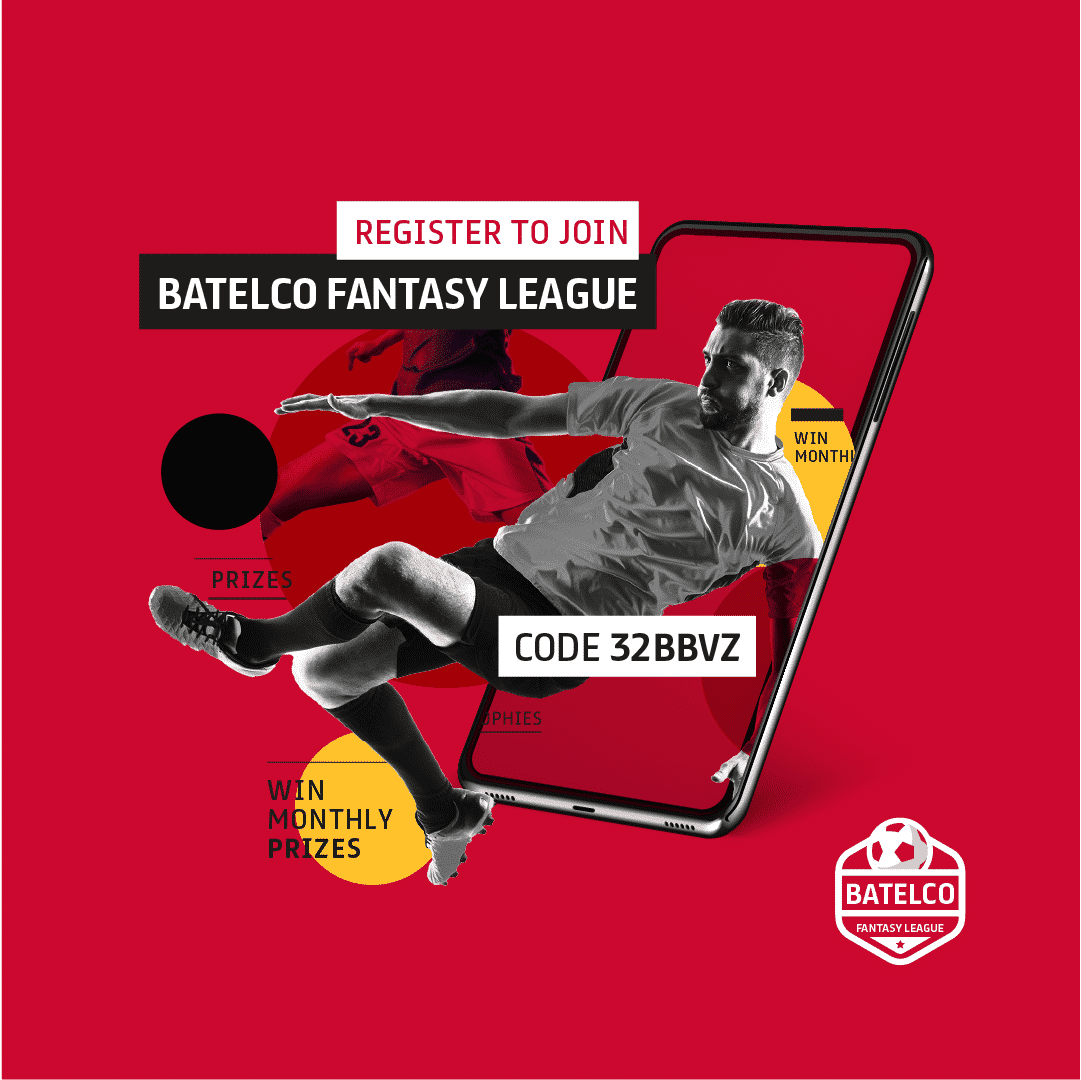 Batelco has announced the launch of “Batelco Fantasy League” football competition, running concurrently with the English Premier League (EPL). The competition, which is hosted through the official Fantasy League game, will continue until the end of the football season in May 2021. This competition presents an ideal opportunity to build the thrill and excitement for the current English Premier League and allow football fans in Bahrain a chance to compete against each other.

With over US $10,000 worth of cash prizes and electronic devices, participants will be competing in the fantasy league every month for a total of seven monthly prizes beginning in November for the October winners. At the end of the season-long competition, three lucky winners will take home first, second and third place prizes consisting of US $5,000 US $2,000 and US $1,000, respectively. The winner selection will be based on the number of points accumulated over the course of each month and the total accrued points over the course of the league.

The competition is open to all football fans in Bahrain, including Batelco’s customers and all other operators’ subscribers. Those keen to participate may enter by visiting the Fantasy Premier League website: https://fantasy.premierleague.com and registering their team to join Batelco’s league by entering the following code, 32BBVZ. Furthermore, players are additionally required to register their details with Batelco online by visiting: https://batelco.com/fantasy-football-league in order to claim any prizes. Winners will be contacted directly by Batelco and results will also be announced on Batelco’s Instagram account.

‘Batelco Fantasy League’ falls under the International Fantasy Premier League, the biggest Fantasy Football game in the world. Players can download Fantasy League by visiting the official website https://fantasy.premierleague.com, or by downloading the app, where participants will be able to manage their teams and track their results.

Batelco is a proud supporter of various sporting activities in the Kingdom, especially football-related initiatives, such as the King’s Cup and the Nasser Bin Hamad Premier League. Through its sponsorship, Batelco aims to engage with football fans through the famous Fantasy Premier League game, allowing fans to compete against each other and win prizes amounting to a total of US $10,000.