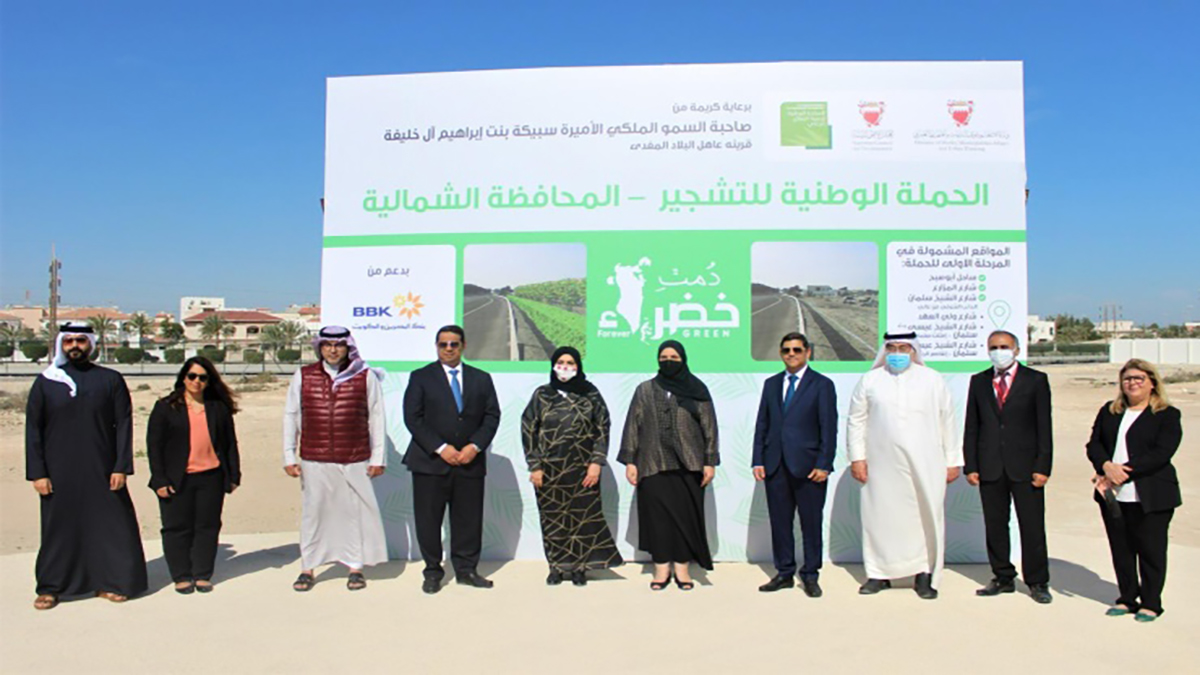 The National Initiative for Agricultural Development (NIAD) announced that it has received support from Bank of Bahrain and Kuwait (BBK) for the afforestation of Shaikh Salman Street in the Northern Governorate and from Rotary International and Bahrain Duty Free for the Shaikh Salman Street on the eastern side of A’ali in the Southern Governorate.

The BBK supported the national afforestation campaign “Forever Green” with 2575 trees and shrubs for Shaikh Salman Street in the Northern Governorate.

These agricultural projects come as part of the national afforestation campaign “Forever Green” to increase the green landscape in various streets of the Kingdom, in addition to curb the effects of climate change resulting from the increase of carbon emissions.