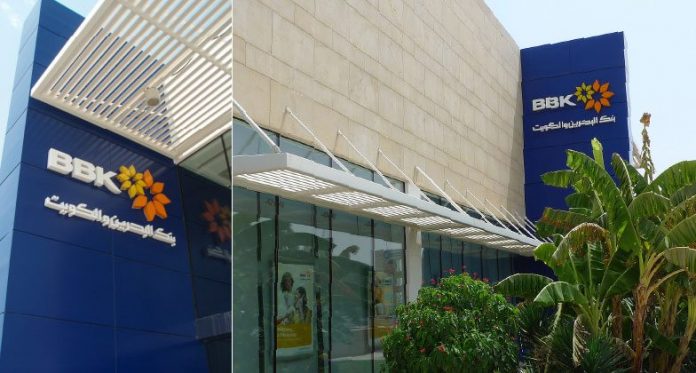 BBK, Bahrain’s pioneer retail bank, yesterday announced a net profit of BD 56.4 million attributable to owners for the financial year ended 31st December 2016, 6.0% higher compared to the previous year (2015: BD 53.2 million); with earnings of 49 fils per share (2015: 50 fils per share). The financial results were reviewed and approved by the Bank’s Board of Directors during its meeting held yesterday. In view of these results, the Board of Directors recommended distribution of 30 fils cash dividend per share subject to the approval of the Central Bank of Bahrain and  the General Assembly of the bank.

Commenting on the Bank’s performance, the Board of Directors expressed their satisfaction saying “2016 was the first year of the bank’s three-year strategic cycle, and we are very satisfied with the progress achieved – both in terms of results and in preparing for the future. BBK has maintained a consistent performance that has been our hallmark for so long and was able to post a good profit despite the difficult business environment at home and abroad. Low oil prices, the slowdown in the Chinese economy, Brexit and the US elections added to uncertainty and the subdued macroeconomic conditions, and were all factors that have not been conducive to growth or expansion. However, by relying on our expertise, the strength of our strategy and management team, the robust financial and human capitals, as well as the solid relationships and the trust we built with our clients and other stakeholders over decades, we were able to turn 2016 into a year of achievements and deliver a very commendable across-the-board performance.”

Operating revenues increased by 10.2% to reach BD 133.5 million compared to BD 121.1 million recorded during the previous year, driven mainly by a growth of 18.1% in net interest income to reach BD 85.8 million (2015: BD 72.7 million), as the bank restructured its balance sheet by focusing strategically on more profitable segments such as retail, reducing thinly priced exposures and adequately controlling the cost of funding. In addition, strong performance by the bank’s strategic investments contributed to the growth in operating revenues as the bank’s share of profits of associated companies and joint ventures increased by 29.7% from BD 4.2 million reported in 2015 to BD 5.5 million for the year ended 2016. Other income (fees and commission, foreign exchange and investment income) for the year 2016 amounted to BD 42.2 million (2015: BD 44.2 million).

The continuous investment in human capital and expanding, enhancing and automating operations and distribution networks, as well as investment in the bank’s strategic initiatives for the current strategic cycle resulted in operating expenses increasing moderately by 6.6% for the year ended 31st December 2016. Nevertheless, the cost-to-income ratio improved to 39.8% compared to 41.1% as of 2015, reflecting the bank’s prudent management of operating expenses and the ability to generate healthy growth in income streams.

The Bank has decided to early adopt IFRS 9 following the approval received from the Central Bank of Bahrain (“CBB”) making BBK, amongst the first banks in the region to implement this new accounting standard, replacing IAS 39. Under IFRS 9, impairment assessment and provisioning practices are more dynamic as banks are required to calculate provisions based on life-time expected losses, rather than relying on incurred losses as was the case under IAS 39. This has resulted in higher net provision charges of BD 22.6 million, compared to BD 19.5 million during 2015. Provision coverage ratio (inclusive of the collective provisions) as of end of December 2016 stood at 112.0% compared to 119.5% in December 2015

Commenting on the results, the Chief Executive, Mr. Reyadh Sater said “BBK was once again able to break previous record profits, and vigorously pursue and achieve a notable progress with the implementation of its new strategy. We expanded and improved our presence locally by adding a new branch in Hidd and replacing the Refinery branch with a larger and more conveniently located branch in Sanad. Internationally, we expanded our footprint by opening a Representative Office in Turkey, situated in a prominent location in downtown Istanbul, and our plan to establish a joint venture investment firm in London is at an advanced stage of implementation. Moreover, BBK’s subsidiary, Invita, launched the Invita Training Center (ITC), an internationally accredited training services provider focused on providing organizations and individuals with foundation-level, world-class certified training programs”.

BBK successfully issued its award winning perpetual Tier 1 capital securities, increasing the bank’s capital by BD 86.1 million, which enabled the bank to have strong and stable funding, that would support its long term strategic initiatives, while ensuring to meet Basel III capital requirements. As a result of this issuance, and the growth in profits during the year, the bank’s equity attributable to shareholders as of end of December 2016 stood at BD 472.4 million, 31.5% higher, which reduced the need for liability financing and reflected positively on the capital adequacy ratio which remained well above the regulatory requirements.

During the same meeting, the Board discussed other important issues on its agenda such as the Corporate Governance Report, the Board recommendations on the different appropriations and the Donations budget for the year 2017. The Board has also approved the Annual Ordinary and Extra Ordinary General Meetings agendas, the recommendation to distribute cash dividends to the Bank’s shareholders and BBK’s Sharia Supervisory Board Terms of Reference. The quarterly liquidity report and the Investment portfolio performance were also discussed in the same meeting. In addition to the above, the Board has reviewed the CBB Examination Report & Bank’s Responses and the Anti-Money Laundering annual report 2016.

During this period of the year the Board of Directors usually discusses issues related to the Bank’s employees and the succession plan.

The Board of Directors has amended some of the risk management policies and the credit authorities with the objective of effective decision making.

This Board Meeting was preceded by an independent Directors meeting to discuss matters on the board agenda especially matters pertaining to the minority shareholders.

The discussion of these items is due to the Board of Directors’ diligence in directing the Bank towards greater growth and success.

Gulf Air, the national carrier of the Kingdom of Bahrain, announces that it has resumed its direct flights to and from Amman’s Queen Alia...
Read more
iGA

A busy academic year ahead, compounded with the pressures of maintaining social distancing, may find some students feeling overwhelmed. Such challenges have been a...
Read more
Inside Arabia

The Kingdom of Saudi Arabia’s leadership and people celebrated, the 90th National Day of Saudi Arabia, on September 23rd,  after the historical announcement of...
Read more

Since the outbreak of Covid-19 that has unleash an economic downfall, Thai business collaborations continues, expanding business ties between The Kingdom of BAHRAIN AND...
Read more
Spotlight