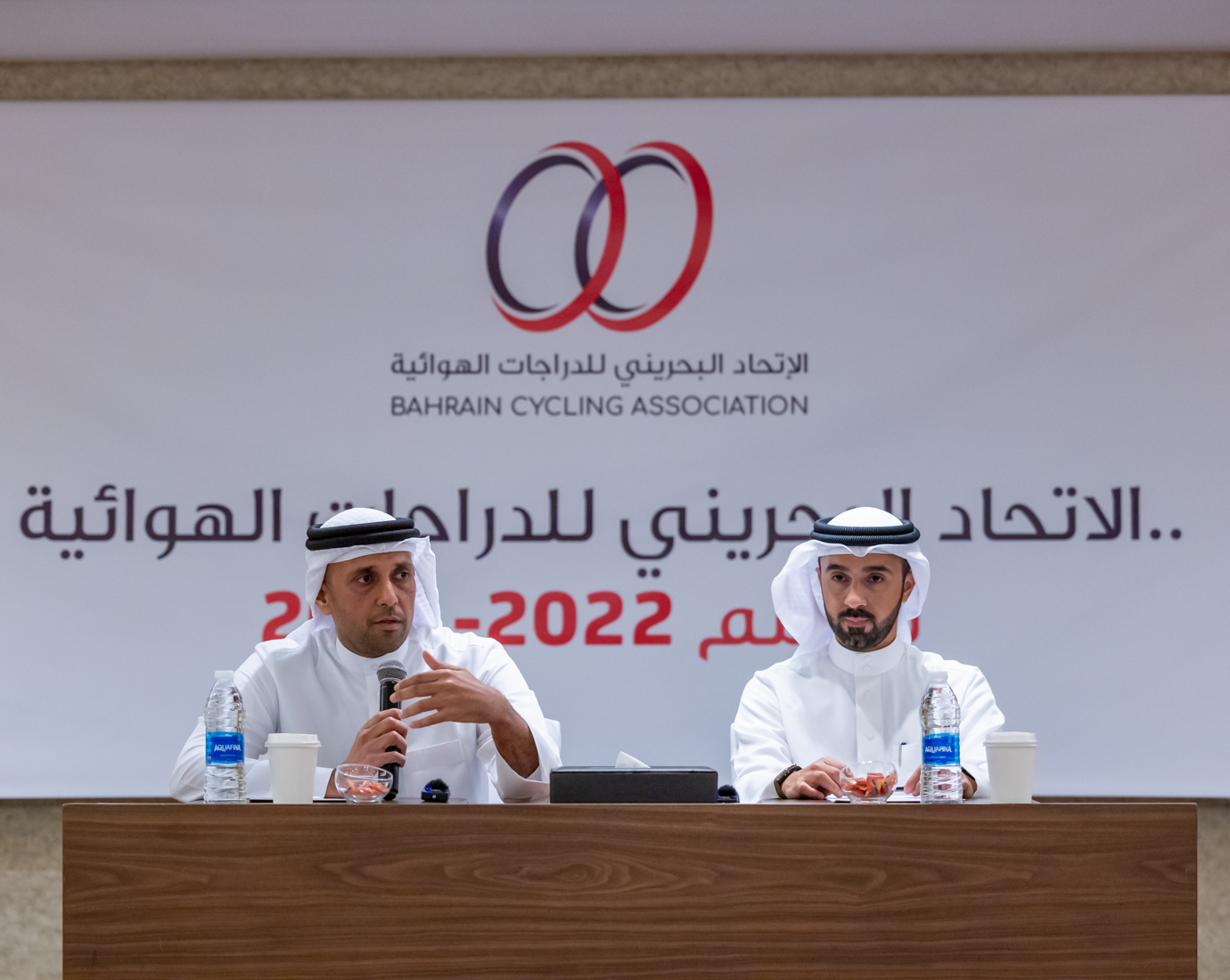 Shaikh Khalid bin Hamad Al Khalifa, Bahrain Cycling Association (BCA) President, stressed the inspirational role played by His Highness Shaikh Nasser bin Hamad Al Khalifa, His Majesty the King’s Representative for Humanitarian Works and Youth Affairs, for many cyclists who are inspired by His Highness’ determination and positive involvement in the world of cycling, especially as HH Shaikh Nasser is a major supporter of BCA by adopting its Academy under the “Victorious” slogan, which had a positive impact on developing cyclists’ skills and technical abilities.

This came during a press conference that was recently organised by the Association at Swiss-Belhotel in the attendance of BCA officials, members of the local media, Bahrain Sports Channel and a number of cyclists in Bahrain.

Shaikh Khalid expressed gratitude and appreciation to HH Shaikh Nasser for offering continued support to BCA and its activities, adding that HH Shaikh Nasser’s embracing of the Association’s slogan “Victorious” had a positive impact on the national cycling team and improving cyclists’ performance.

BCA President also expressed thanks and appreciation to His Highness Shaikh Khalid bin Hamad Al Khalifa, First Deputy Chairman of the Supreme Council for Youth and Sports, President of the General Sports Authority and President of Bahrain Olympic Committee, for His Highness’s constant support to the sports associations and federations in the Kingdom, especially BCA, which he said receives generous support and sponsorship from HH Shaikh Khalid and the General Sports Authority.

Additionally, Shaikh Khalid revealed that that the new cycling season calendar includes 12 championships and races, including two tours, individual and teams against the clock races, and four mountain races.

Moreover, and in a kind gesture from BCA, Shaikh Khalid honoured three previous members of the Association’s board; Mr. Mohammed Salman Al Jowder, who held the position of vice presidents for two terms, Mr. Mansour Al Bahraini, who worked at BCA since 2004, and Mr. Taha Al Shamlan, expressing utmost appreciation to their efforts that contributed to development of BCA.