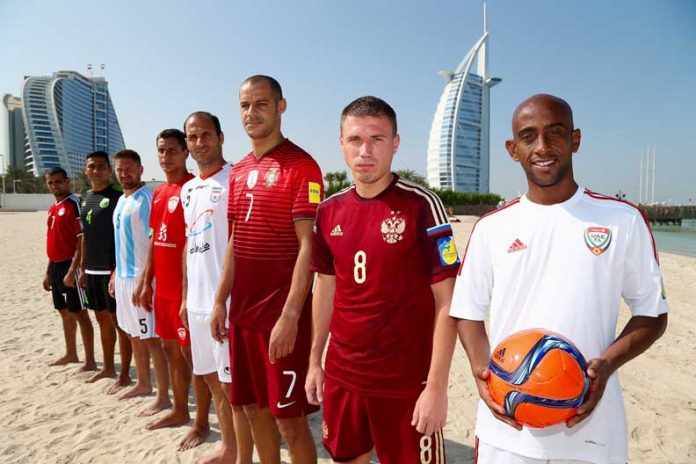 Portugal’s Madjer: The UAE have improved a lot over the years

DUBAI – Drawn in the same group as World and defending champions Brazil, and playing hosts UAE in their opening match, Portugal are bracing themselves for a tough campaign at the Huawei Intercontinental Beach Soccer Cup this week.

Ranked No2 in the world, behind Brazil, the Portuguese have never won this Dubai Sports Council-organised tournament, finishing third in 2014 being their best, but captain Madjer is hoping this will be their year.

How are the preparations for the Huawei Beach Soccer Intercontinental Cup going?

The preparation is going quite well and we are looking forward to the start the competition.

What are your thoughts on the group?

It’s a tough group. The UAE are playing at home and they have improved a lot since the last five years. Brazil this last year, with coach Gilberto, is making great work, winning all the competitions they enter and they will want for sure to win this one too, and Egypt made a great tournament last time they participate.

You are playing hosts UAE in the opening match. You had a close match against them in Bahamas.

It was a hard game. Like I said, they have improved a lot with coaches as Marcelo and Guga, and now the new coach is continuing the good work. So it will be hard and we have to be prepared.

Portugal have won the World Cup and the World Championship, five Euro League titles and seven Euro Cup crowns. But the Intercontinental Cup is still missing from your collection. Could this be the year for you?

We hope so, but step-by-step we want to win at Dubai.

The tournament will be played at a new venue this time. Looking forward to that?

The organisation of Intercontinental Cup was always top class, so it will be for sure again a great competition.