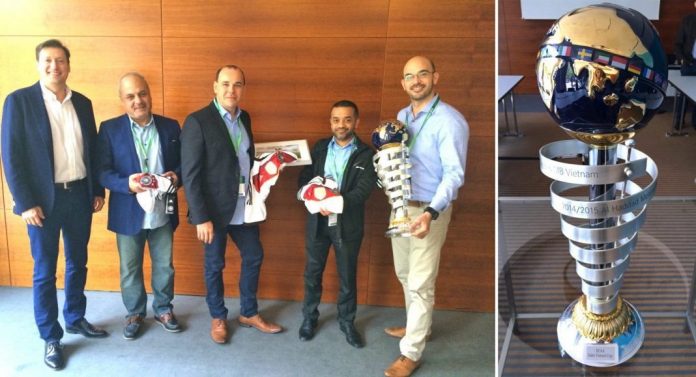 Al Haddad Motors is proud to announce that Bahrain emerged victorious in the six month sales competition, beating all other Middle Eastern competitors. The Sales Funnel Cup is an international sales competition that challenges Mercedes Benz distributors around the world. Al Haddad Motors is honoured to show its unwavering dedication and commitment to its respected brand, which culminated in the victory.

The Cup utilizes a strict grading methodology to measure the efficiency of sales, effort and awareness amongst distributors, classified by geographical region. Throughout the competition, each participating team was required to submit a detailed action plan that gave insight into the sales funnel process, data quality and lead management.

The finalists were officially announced on May 3, and the four teams were invited on a VIP tour of Berlin, which ended with an awards ceremony that recognized each of the winners. Bryan Logue, the Sales Manager for Al Haddad Motors Bahrain, expressed his excitement for the award.

“I believe that our implementation of a new 10-step sales process, team effort and dedication towards our customers are the key factors that led us to victory in Bahrain,” he explained. “We’re proud to have our name on the trophy in Stuttgart!”