The declaration supporting peace signed by the Kingdom of Bahrain with the State of Israel is a historic move towards establishing peace in the Middle East and a brave exceptional step to enhance regional security and stability, while preserving the legitimate rights of the brotherly Palestinian people, Minister of Foreign Affairs, Dr. Abdullatif bin Rashid Al-Zayani has said. The Foreign Minister praised the vision of His Majesty King Hamad bin Isa Al Khalifa on ending the Palestinian-Israeli conflict in accordance with the two-state solution, which the Kingdom of Bahrain affirms its commitment to it as one of the pillars of its foreign policy. Read the full article here: https://bit.ly/3kqYa8P #Bahrain #BahrainthisWeek #Declaration #Peace #Foreign #Minister #Israel #Security #Stability #stayhome #staysafe

Posted by Bahrain this week on Wednesday, September 16, 2020

Beyond the sky is where our dreams start: The Emirates Mars Mission

19th July 2020, has etched in the history of UAE as well as the entire West Asian, Arab or Muslim majority countries as this was the historic day that marked The Emirates Mars Mission which launched the Hope (Arabic: Al Amal) orbiter at 21:58:14 UTC. 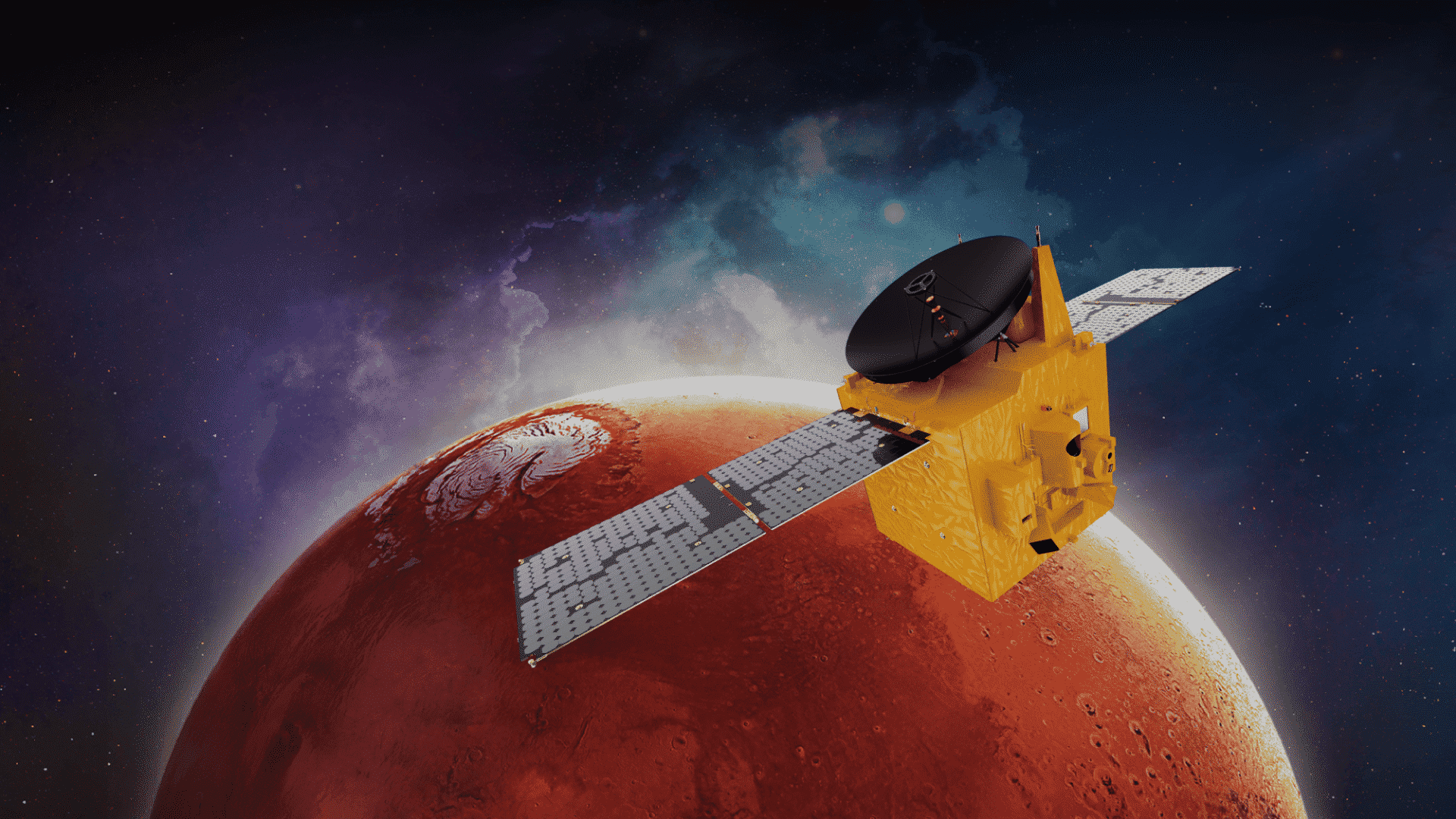 Built by Mohammed bin Rashid Space Centre, a United Arab Emirates Space Agency, as well as the University of Colorado Boulder, Arizona State University, and the University of California, Berkeley the probe aims to study daily and seasonal weather cycles, weather events in the lower atmosphere such as dust storms, and how the weather varies in different regions of Mars. 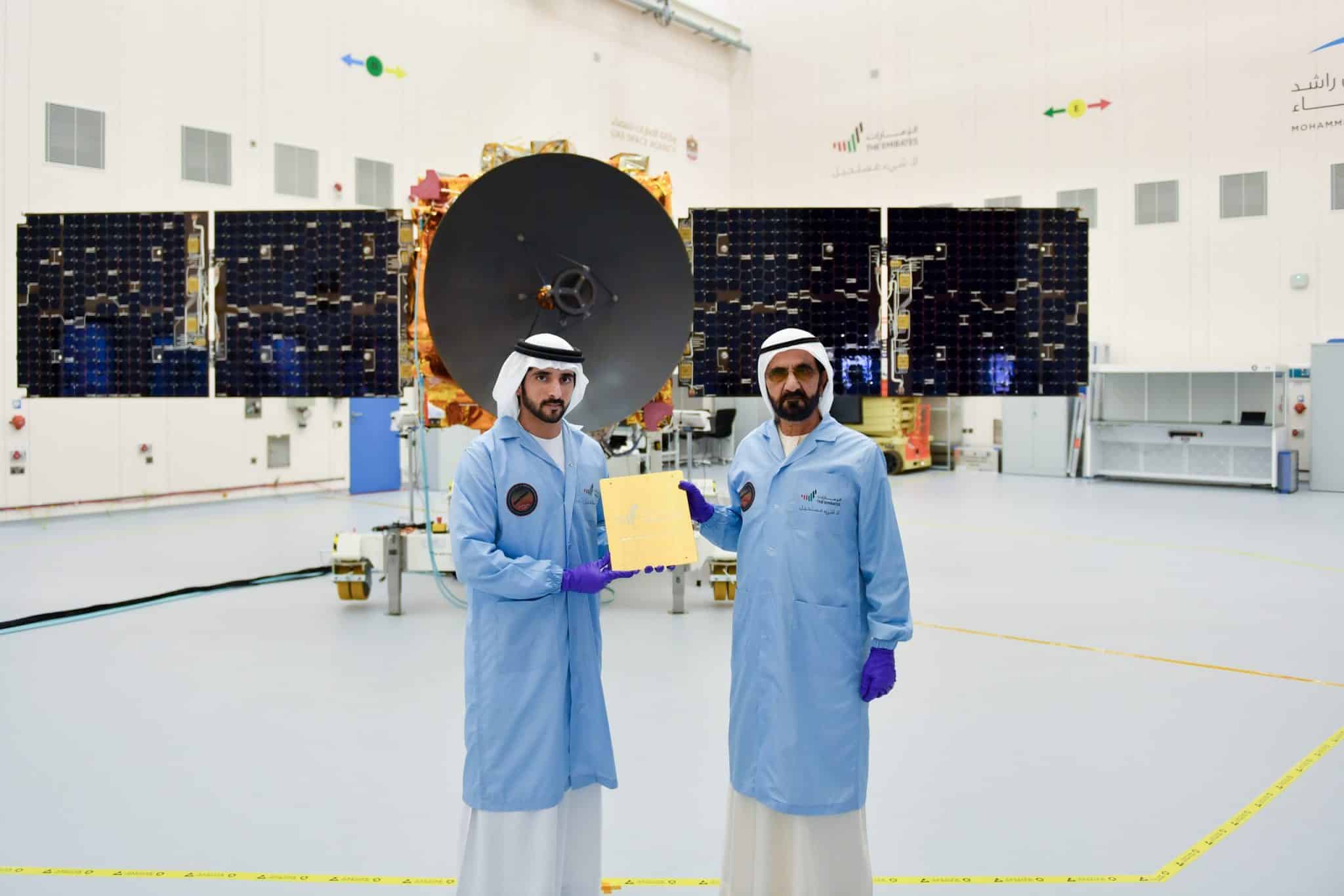 The mission was announced by Sheikh Khalifa bin Zayed Al Nahyan, the President of the United Arab Emirates, in July 2014. The Hope probe was launched from Japan by a Japanese H-IIA rocket build and operated by Mitsubishi Heavy Industries (MHI). Named as Amal, or Hope ProbeUAEs’ first mission to Mars was launched from Japan’s Tanegashima Space Center.

To accomplish the objectives of the Emirates Mars Mission, an agreement was signed between the United Arab Emirates Space Agency (UAESA) and the Mohammed bin Rashid Space Centre (MBRSC), under a directive given by Sheikh Mohammed bin Rashid Al Maktoum, Vice President and Prime Minister of the UAE and Ruler of Dubai. As per the agreement, the Emirates Mars Mission will be funded by the UAE Space Agency and it will also supervise the complete execution process for the Hope probe. The agreement outlines the financial and legal framework along with assigning a timeline for the entire project. Under the agreement, MBRSC has been commissioned for the design and manufacture of the Hope probe. 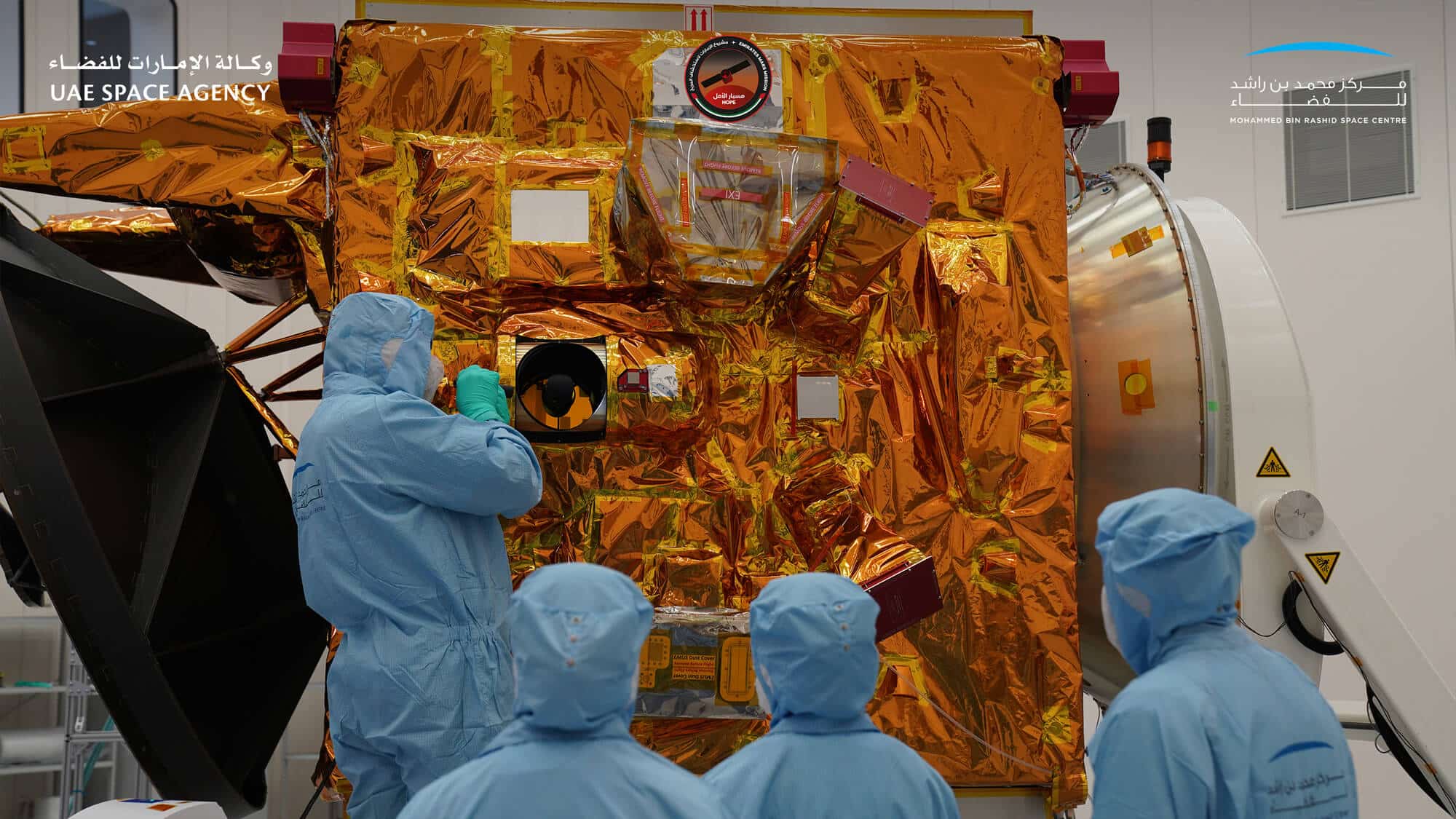 The Hope Probe reached its space orbit one hour after it took off from Japan’s Tanegashima Space Center and currently drifting at 121,000km/h towards Mars.

“It’s an honor to be part of the global efforts to explore deep space” tweeted the official Hope Mars Mission account after the launch. “The Hope Probe is the culmination of every single step that humans have taken throughout history to explore the unknown depths of space.”

The mission is on its way and the Hope probe has captured the first image of its destination, which has been shared by His Highness (HH) Sheikh Mohammed bin Rashid Al Maktoum, also the Vice-President and Prime Minister of the UAE and Ruler of Dubai on Twitter.

“We proudly announce the successful launch of the Hope probe. The ground control station in Dubai has received the first signal from the probe after its solar panels were successfully deployed to charge its batteries. Our 493 million km journey to the Red Planet starts here.”

“We received the Hope probe’s first sighting of its destination, Mars after the spacecraft traveled one million km into space. Beyond the sky is where our dreams start.”

A team of Emirati engineers leads the mission in collaboration with foreign research institutions and is a contribution towards a knowledge-based economy in the UAE. The mission deputy project manager and science lead were Sarah Al Amiri and the project Manager was Omar Sharaf. They received a VIP welcome as they returned back home on an Etihad flight from Japan’s Haneda International Airport. 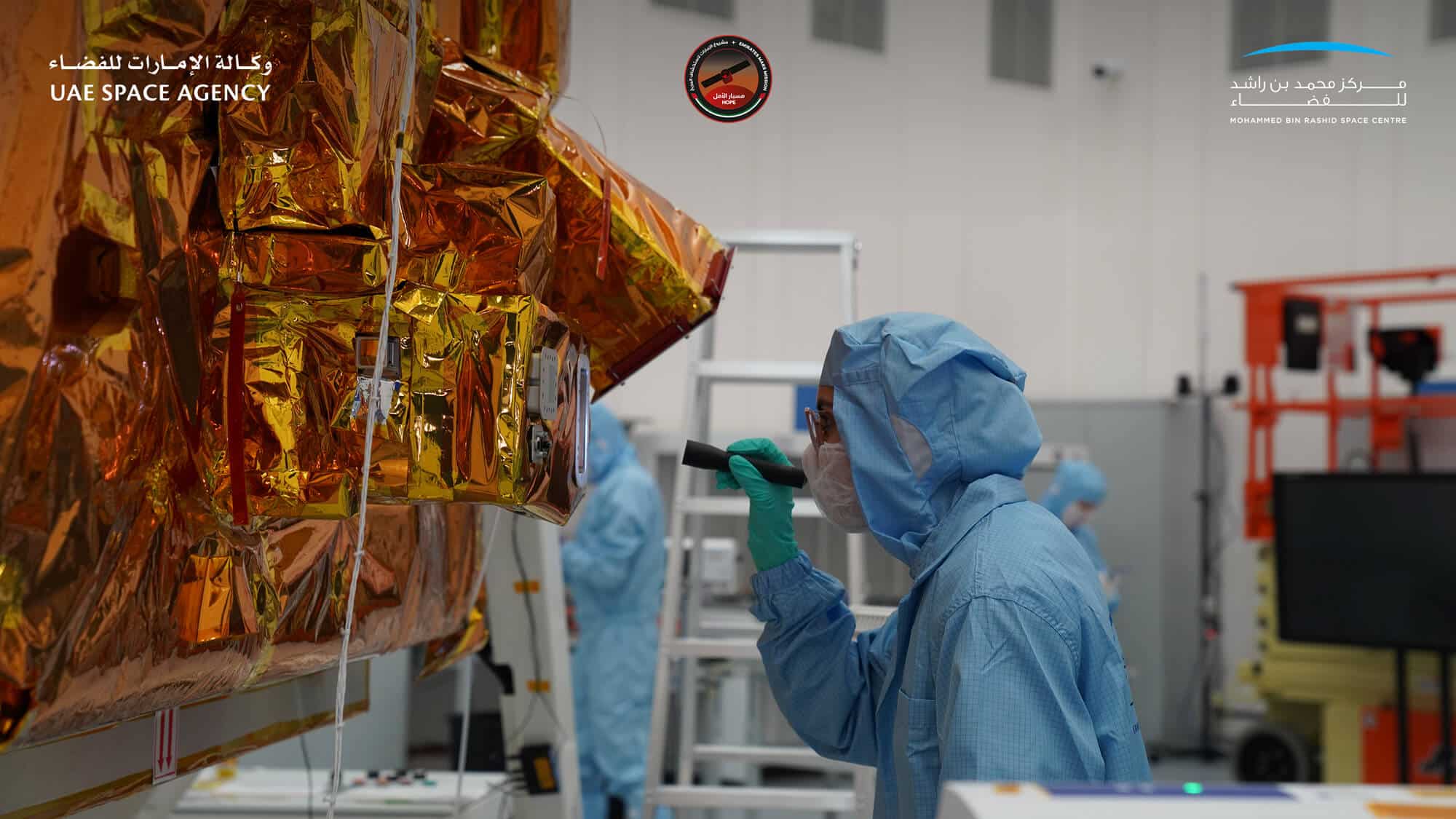 The name Hope (Arabic: al-Amal) was chosen because “it sends a message of optimism to millions of young Arabs”, according to Sheikh Mohammed bin Rashid Al Maktoum, the Ruler of the emirate of Dubai for whom the lead space center, the Mohammed bin Rashid Space Centre (MBRSC), of the United Arab Emirates, is named. The resulting mission data will be shared freely with more than 200 institutions worldwide. 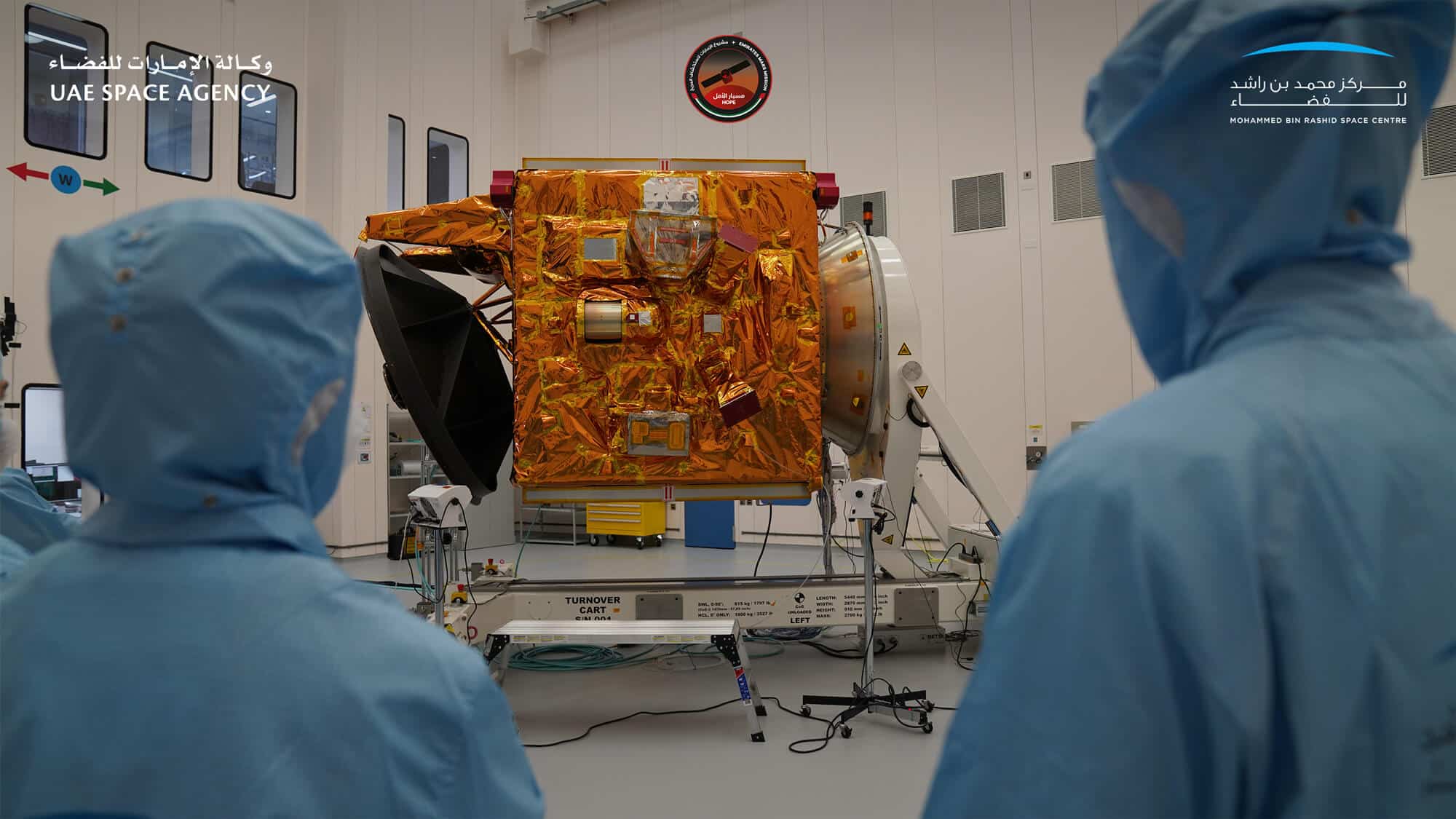 The Hope Probe is the UAE’s latest and most ambitious step in its burgeoning space sector. The UAE has launched satellites before – in 2009 and 2013 – but they were developed with South Korean partners. The country founded its space agency in 2014 and has set ambitious targets including a colony on the Martian surface by 2117.

After a 200 day cruise to Mars, Hope will enter an elliptical, roughly 22000 x 44000 km orbit with a period of 55 hours and a 25 degree inclination. Hope is scheduled to reach Mars in February 2021. Two years of science operations are planned, beginning in May 2021, with a possibility of a two-year extension to do more science into 2025.

Southern Governor His Highness Shaikh Khalifa bin Ali bin Khalifa Al Khalifa met  through his virtual Majlis with a number of citizens from the...
Wheels and Gears