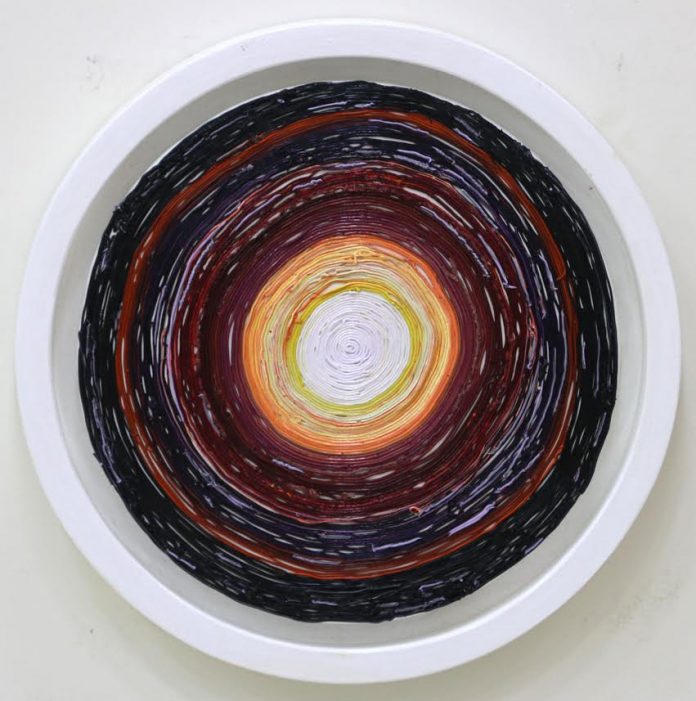 The award-winning Indian-American artist Bhanu Palam will exhibit a dedicated collection of works, entitled
Sentiments, at the international art fair Art Bahrain Beyond Borders, which will be held at the International
Exhibition and Convention Center in Bahrain from 22-26 March 2017. This is the first time that these works
will ever have been exhibited outside of India.
The artist is very much influenced by Astronomy and Cosmology, and this central theme forms the basis
of much of her work. One can see the astrological wheel of the zodiac and the vastness of the universe
reflected in the delicate swirls of her paintbrush. With colour, she injects emotion and personality, revealing
the deep connection between the universe and human nature that has existed for millennia.
It is widely recognised that Ancient Mesopotamia, in modern day Iraq, was one of the three key regions
that led the way in the development of astronomy.
“The Middle East was the birthplace of astronomy,” – says the artist – “and so I felt an instant kinship with
the area and decided that it was the ideal place to launch my new collection.”
Bhanu’s technical capabilities have all been self-taught. Through her creative perseverance she has gone
on to win a number of awards. She was shortlisted for the International Emerging Artist Award in Dubai,
was a finalist for the American Juried Salon, and given a Special Recognition Award from the Light Space
& Time Online Art Gallery, amongst others.