With the latest update of the eTraffic...
Sports This WeekBIC’s final 10-day countdown kicks off for F1 Bahrain Grand Prix 2021 weekend 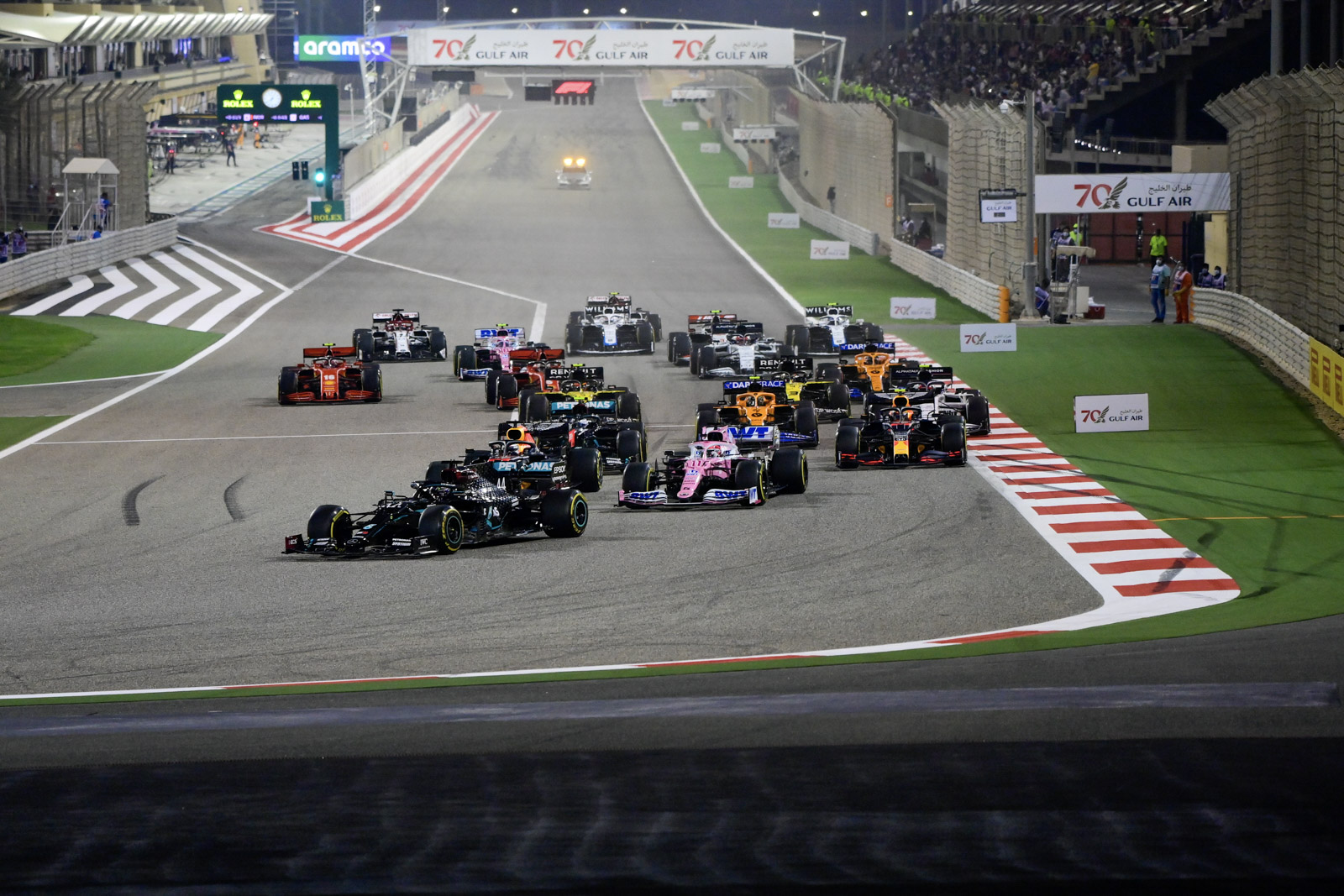 The excitement level is about to go up a notch as Bahrain International Circuit (BIC) kicks off its final 10-day countdown to the start of the 2021 FIA Formula 1 World Championship with the Gulf Air Bahrain Grand Prix weekend.

The highly anticipated sporting and social extravaganza takes place at “The Home of Motorsport in the Middle East” March 26 to 28. All eyes will be on Sakhir for the first of a record 23 rounds on this year’s F1 season calendar.

Motorsport fans were treated to an enticing preview of what’s to come with pre-season testing held over the weekend at BIC. The tests were the first time the 2021 contenders from all 10 F1 teams were on track at the same time. It was their sole chance to get an indication of how competitive their latest cars are ahead of race number one in Bahrain.

Tickets to the year’s F1 weekend are now available for all vaccinated or COVID-19 recovered individuals. They are being sold at a single discounted price of BD100 across stands for the three-day event.

Comprehensive measures will be in place at the circuit at all times to ensure spectators can enjoy the excitement of F1 in a safe environment.

Tickets can be purchased online at BIC’s official website, bahraingp.com, or at BIC’s newly opened stand at City Centre Bahrain, located on the ground floor near gate number three in the West Court. The stand is operational every day between 10am and 10pm.

Aside from the F1 racing, fans can also look forward to plenty of action in the two support series: the FIA Formula 2 Championship featuring the sport’s potential future superstars and the Bahrain-based Porsche Sprint Challenge Middle East with some of the region’s top drivers in the fray.

In addition to this, attendees will be able to enjoy a wide array of fun activities across BIC’s F1 Village vending area, including a selection of wild outdoor rides and activities.

These include a giant ferris wheel standing 42-metres high featuring 27 gondolas, offering fans a chance to marvel at the magnificent views from high up in the sky; the Reverse Bungee, a pure dose of adrenaline which hurls you straight up to the sky at rocket speed; a 40m high Konga Ride with gondolas swaying from side to side like a pendulum while spinning 360-degrees the entire time; and the classic Wave Swing, a favourite at theme parks around the world.

All these attractions and so much more await everyone at BIC this F1 Gulf Air Bahrain Grand Prix weekend. They will surely get the vending area bustling with excitement, all while ensuring that the event proceeds in a safe environment and in line with government health advice.

For full eligibility criteria for those wishing to buy tickets to attend the race, or for other information on the highly anticipated event, visit bahraingp.com.