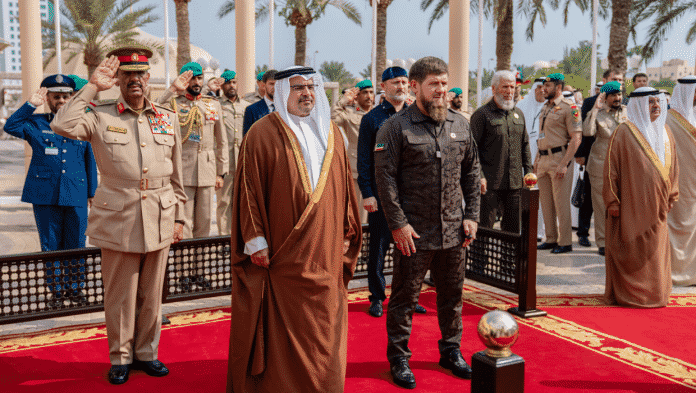 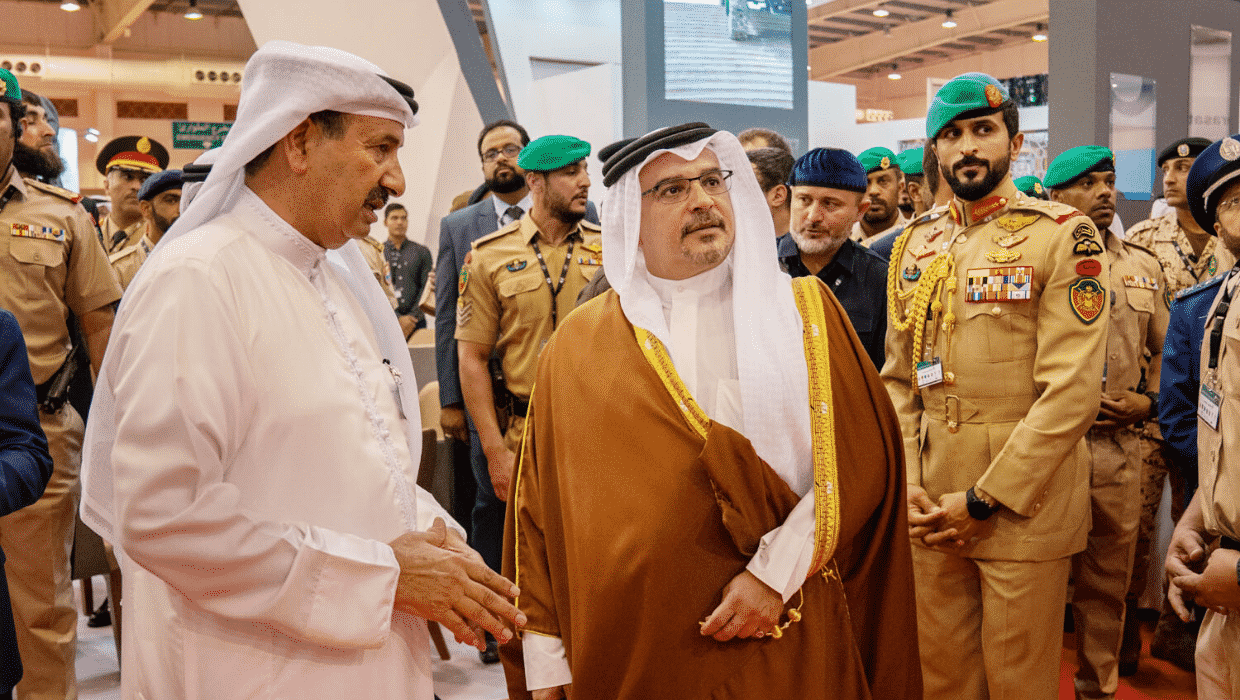 Held under the patronage of His Majesty King Hamad bin Isa Al Khalifa, this year’s BIDEC attracted over 200 companies showcasing the latest defence technology and innovation.

HRH the Crown Prince noted that upskilling the military remains a key component of HM King Hamad’s directives to further expand Bahrain’s military readiness. Bahrain’s ongoing success in hosting international events, including BIDEC, underscored the importance of strengthening global defence coordination. Security challenges call for concerted efforts to continue to develop the use of emerging technology in the military. Bahrain would continue to work alongside its international partners to strengthen regional and global security. 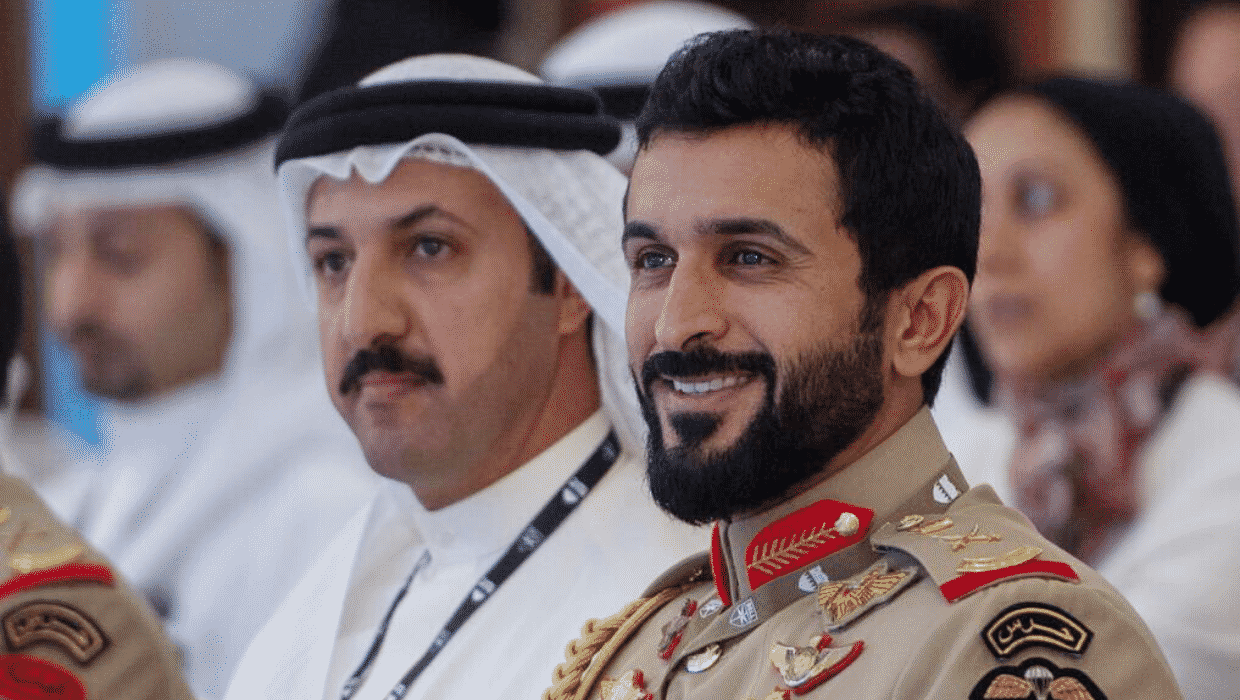 HM the King’s Personal Representative and President of the Supreme Council for Environment, HH Shaikh Abdulla bin Hamad Al Khalifa, also paid a visit to BIDEC 2019.He lauded His Majesty King Hamad bin Isa Al Khalifa’s patronage of BIDEC 2019, reflecting the kingdom’s prestigious status in the defence exhibitions and conferences industry. He hailed the role played by the National Security Advisor, Royal Guard Commander and Chairman of the High Organising Committee of BIDEC 2019, Major-General HH Shaikh Nasser bin Hamad Al Khalifa, and his unwavering keenness to ensure the event’s success, commensurate with the kingdom’s reputation in this field.

He stressed that the exhibited advanced equipment and technology contribute to enhancing modern technological industries, highlighting the kingdom’s experience in this regard, and interest in attracting more specialized conferences and exhibitions to achieve sustainable development goals, as well as regional and global security and stability. 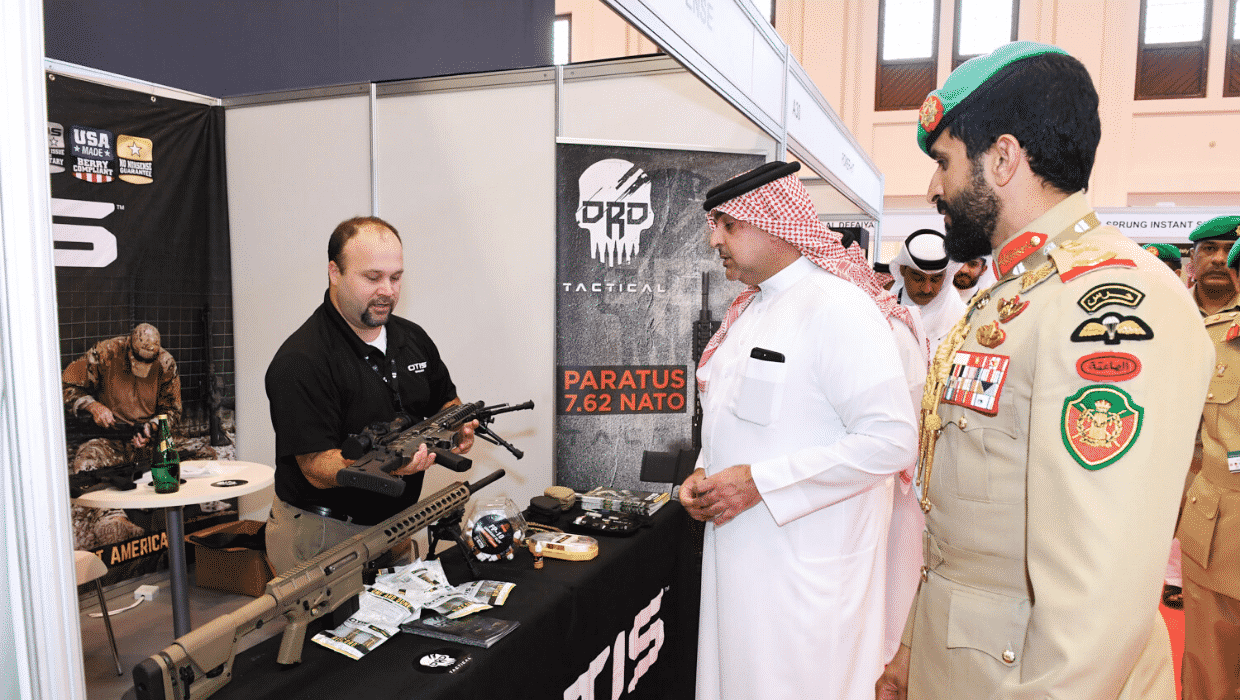 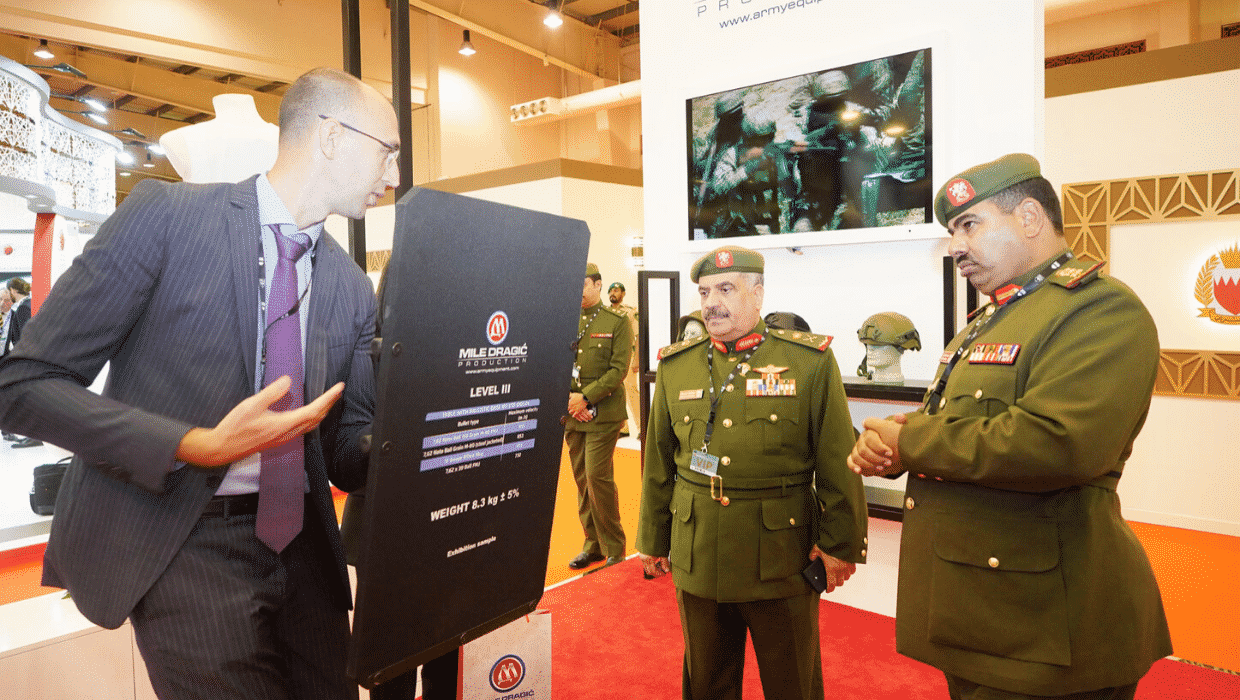 Commander-in-Chief of Bahrain Defence Force (BDF) Field Marshal Shaikh Khalifa bin Ahmed Al Khalifa praised the royal patronage of the event which showcased ground, air and naval weaponry. He watched the cutting edge military exhibits on display and met representatives of the international companies taking part in the fair. He also listened to a detailed account on the latest military products in all defence categories. He affirmed that Bahrain’s hosting of the second edition of BIDEC proves to the world the kingdom’s keenness to promote its regional and international partnerships in the defence and military fields so as to boost regional and global security and stability.

The National Guard Director of Staff Major-General Shaikh Abdulaziz bin Saud Al Khalifa pointed out that the hosting of BIDEC2019 has brought together exhibitors from more than 200 international companies to showcase their latest 3D (three dimensional) land, air and sea defence and security technologies. BIDEC 2019 offers the opportunity for convergence of military establishments at the international level with manufacturing companies and experts to view latest military equipment and machinery. 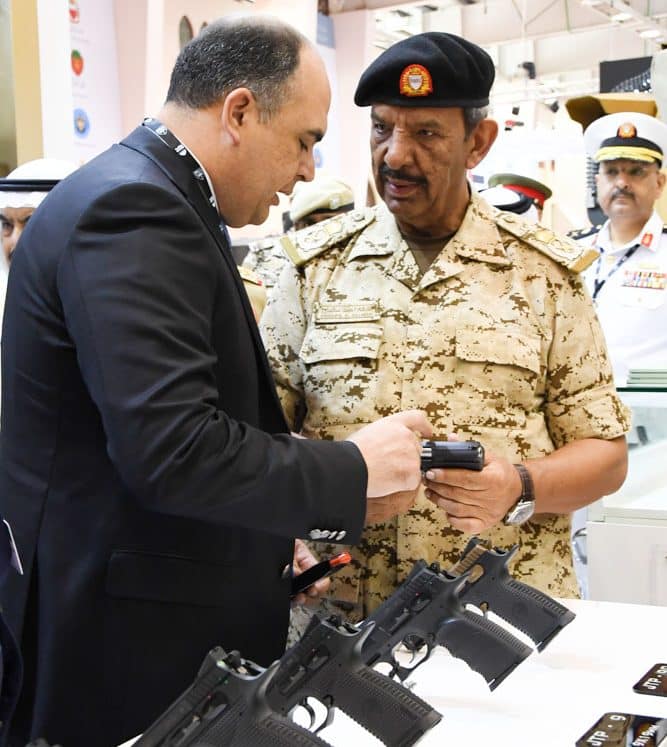 On the sidelines of BIDEC 2019, National Security Advisor and Commander of the Royal Guard Major General HH Shaikh Nasser bin Hamad Al Khalifa said on Bahrain’s Armour Personnel Carrier (APC) production: “We will encourage this industry; we will encourage our investors from the private sector and we are putting the right structure for this industry and God willing as per the directives of His Majesty King Hamad bin Isa Al Khalifa we will go forward and see a local role in defense production.”

Bahrain which has produced the first indigenous armed APC ‘Faisal’ currently displayed at the BIDEC 2019 has a lot of interest from the regional and Gulf Cooperation Council delegates.

“The private sector has expressed readiness, enthusiasm and seriousness to invest in this sector and this will open a new era for the defense production in Bahrain,” said Major General, HH Shaikh Nasser, adding that do need private sector partnership that will assist us in this sector.

In other industries, Bahrain does have great and reliable partners, he added.

The Kingdom of Bahrain celebrated the beginning of 2020 with a spectacular fireworks show as part of the New Year’s Eve celebratory event organized...
Read more
Inside Bahrain

Bahrain in A Decade

An overview of 20 news, the leaping steps of the Kingdom over a decade. 2010: l The United Nations, Scientific and Cultural Organization, UNESCO, established The...
Read more
Inside Bahrain

The Bahrain Tourism and Exhibitions Authority (BTEA) will be hosting New Year’s Eve celebrations at The Park, The Avenues – Bahrain, on Tuesday, 31st...
Read more
Inside Bahrain

Manama was named ‘Capital of Arab Tourism’ for 2020, it was announced during the 22nd session of the Arab Ministerial Council for Tourism, held...
Read more

Dry skin and winter season are quite the duo and there are mistakes that can make our skin worse. Here’s a guide to understand...
Read more
PR This Week

For the first time since its establishment, the Bahrain Tourism and Exhibitions Authority (BTEA) is participating in the 26th edition of South Asia's leading...
Entrepreneurial Journey

Bahrain FinTech Bay will host “OpenX 2020” an Open Banking conference held under the patronage of the Central Bank of Bahrain. The conference will...
Management Principles

Sony Middle East & Africa has upped its flagship MASTER Series in Bahrain with the launch of the new Z9G 8K LED and A9G...
Wheels and Gears

Mercedes-Benz has just pulled the wraps off of a wild new concept car that was inspired by the 2009 movie Avatar called — what...
Sports This Week

The Nationality, Passports and Residence Affairs (NPRA) organised an awareness campaign for expatriate communities. The Labour and Social Development Ministry and the Labour Market...
Inside Bahrain

The health care system in Bahrain has accomplished great achievements during the past decade and the government is fully committed to continue to enhance...
Yoga

The doshas are biological energies found throughout the human body and mind. They govern all the physical and mental processes and provide a unique...
iGA

If you’re living in Muharraq and were looking to visit the ID Card Service Center, heads up: the center is no longer opens on...
Wheels and Gears