Under the patronage of the Honorary President...
NewsBoeing to demonstrate its leading portfolio of commercial, defense, and services during Bahrain International Airshow 2022

Boeing to demonstrate its leading portfolio of commercial, defense, and services during Bahrain International Airshow 2022 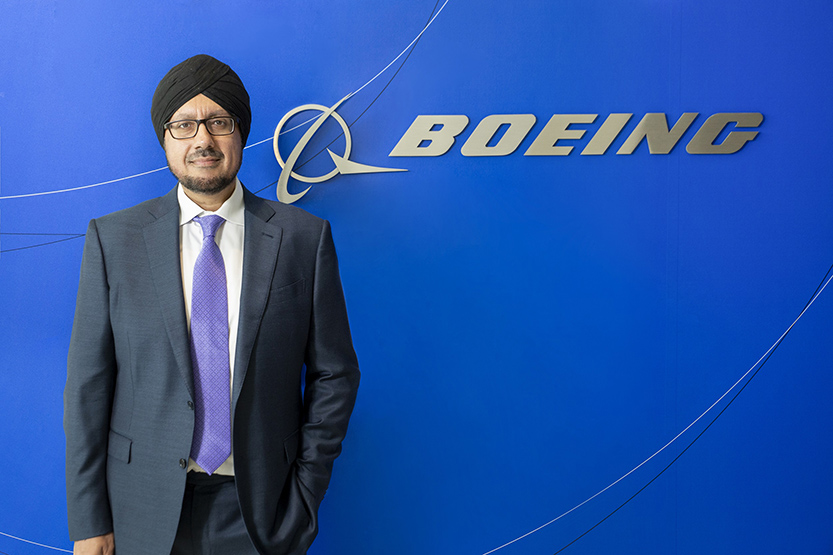 Boeing will showcase its market-leading portfolio of commercial, defense, and services during its participation of the 6th edition of the Bahrain International Airshow 2022 (BIAS) and the 4th Manama Air Power Symposium (MAPS 2022), the official conference for BIAS. Held under the patronage of His Majesty King Hamad bin Isa Al Khalifa and supported by the Royal Bahrain Air Force, His Highness Sheikh Abdullah Bin Hamad Al-Khalifa, Chairman of BIAS Supreme Organising Committee and Personal Representative of His Majesty the King, and the Ministry of Transportation and Telecommunication, the events will take place from the 8th of November until the 11th.

The theme for MAPS 2022 is “Air Power and Air Defense in the Era of Transformation, Automation, and Integration”. During this event, Boeing will take center stage to share its expertise on the local defense sector in Bahrain and explore opportunities for further cooperation. With this year’s event program for BIAS built around four thematic areas covering Airports and Airlines, Cargo and Logistics, Women in Aerospace, and Space, Boeing will also demonstrate its contribution to the local aerospace sector in Bahrain and its growing services, commercial, defense, and engagement capabilities.

“The GCC and the wider Middle East, and Africa (MENA) are some of the most progressive and innovative regions in the world when it comes to aerospace. In Bahrain, a forward-looking and strategic vision has allowed the Kingdom to accomplish a wide range of achievements and successes in several different fields, including the hosting of significant international exhibitions in the fields of aviation, research, technology, and space,” said Kuljit Ghata-Aura, president of Boeing Middle East, Turkey and Africa. “BIAS provides an important opportunity for Boeing to meet with existing customers face-to-face, as well as potential prospective partners and customers in the country, which is why we have participated over the years and are returning this year.”

At BIAS, Boeing will be showcasing advanced platforms and capabilities including:

Boeing will also showcase solutions and capabilities from the Boeing Global Services portfolio, which includes sustainment, modifications and modernization, upgrades, training and maintenance services, many of which are deployed in support of governments in the region today. Looking ahead, Boeing’s Commercial Boeing Commercial Market Outlook (CMO), forecasts that the region’s fleet is forecasted to expand to 3,400 airplanes in the next 20 years, to serve fast-growing passenger traffic as well as cargo demand.

With the partnership between Boeing and Bahrain dating back to 1977, Boeing investments have helped grow the local aerospace sector, creating jobs and driving innovation for mutual benefit. With the Bahraini market continuing to require a versatile fleet that meets the demands of airline and air-cargo business models, Boeing will continue expanding its presence in Bahrain and is committed to growing indigenous capabilities.