Under the patronage of the Honorary President...
NewsBPW Bahrain Celebrates its 10th Anniversary 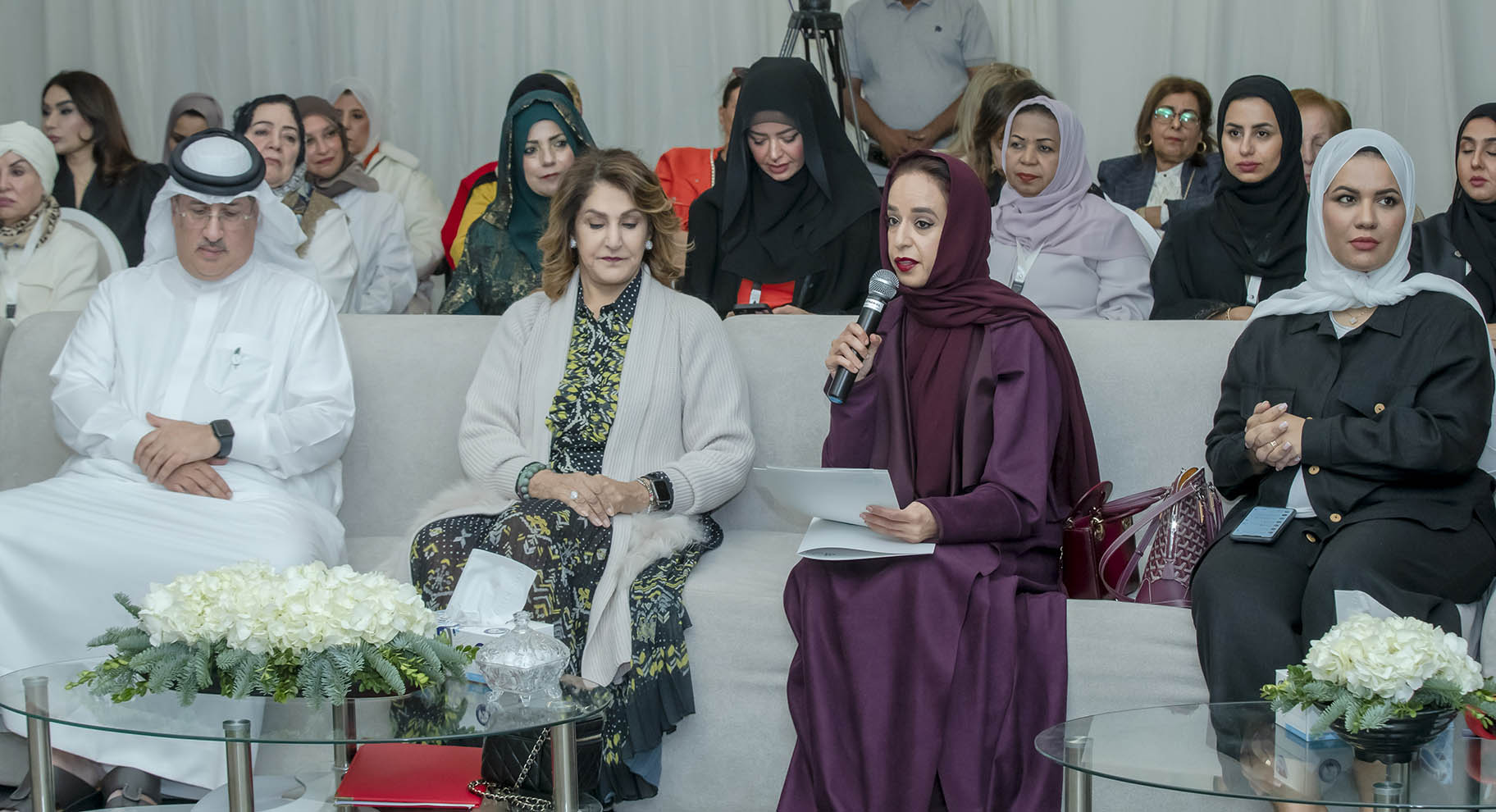 The Bahrain International Federation of Business and Professional Women (BPW Bahrain) commemorated its tenth-anniversary ceremony on Saturday night at its headquarters in Al Andalus Garden, as a part of the Creative Festival organized by BPW Bahrain, which drew more than 100 participants from Bahrain and Arab countries working in visual arts, sculpture, and wood drilling, as well as professionals in silk screen printing and the use of luminous phosphorous colors.

The ceremony was held under the patronage of His Excellency Sheikh Mohammed bin Isa Al Khalifa, Chairman of the Labor Fund “Tamkeen”, and attended by Her Highness Shaikha Hessa bint Khalifa Al Khalifa, Member of Supreme Council for Women and Chairperson of INJAZ Bahrain, Her Excellency Ms. Rawan bint Najeeb Tawfiqi, Minister of Youth Affairs, as well as belegations from Business and Professional Women’s Clubs from Arab countries.

The ceremony also included a documentary film detailing BPW Bahrain’s journey and the most significant milestones since its establishment, followed by a tour of the BPW Bahrain facilities, incubators center, and art and printing workshops held as part of the festival events. The event concluded with a musical concert by artists Ahmed Al Ghanem, Isa Najm, Hani Yousif and Nadia.

Her Excellency Sheikha Hind bint Salman Al Khalifa, President of BPW Bahrain, expressed her delight in holding this festival, which attracted many Arab participants, and highlighted BPW Bahrain’s success in partnering with institutions and entities outside Bahrain that serve its objectives, thereby benefiting entrepreneurs and talented beneficiaries.

“Since its establishment, BPW Bahrain has supported Bahraini and Bahraini talents in a variety of sectors by providing them with business incubators and opportunities to appear and deploy locally and regionally, while simultaneously promoting the Kingdom of Bahrain in regional and worldwide events and forums.”, she added.

She also emphasized BPW Bahrain’s continued pursuit of these goals, which are part of its pioneering project “Investing in Youth,” with a strategy to expand and increase the number of beneficiaries of entrepreneurs emerging from BPW Bahrain’s services by increasing the number of business incubators to 30 in its headquarters in Al Andalus Garden, as well as 20 incubators in its new branch at Feryah Gallery – Art House, with a focus on the fields of fine arts, fashion, and jewelry design.

Various workshops were held in the Creative Festival, including a gold drafting workshop in conjunction with Azza Fahmy Design Studio and a printing workshop led by Dr. Sherif Shukri, Assistant Professor of Design in the Faculty of Fine Arts at Alexandria University.