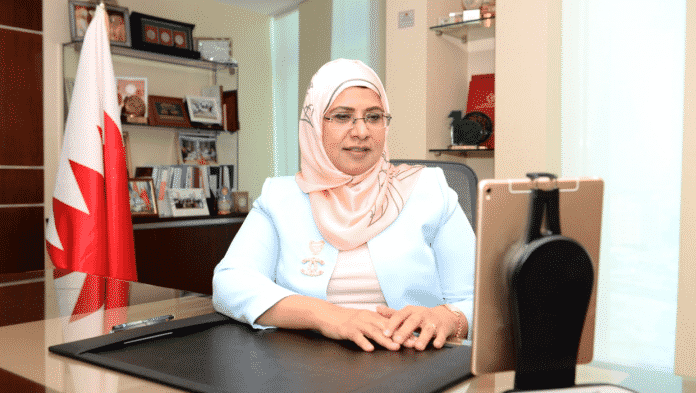 BQA Launches its Blog via Bahrain.bh to Directly Communicate with the Public

The Education & Training Quality Authority (BQA) Chief Executive Dr. Jawaher Shaheen AlMudhahki participated in a live blog via Instalive where she interacted with the public and responded to their queries related to the BQA’s scope of work. Dr. Almudhaki communicated directly via the blog that was launched yesterday in cooperation with Information & eGovernment Authority (iGA).

The Authority’s Instagram account (@iGABahrain) hosted Dr. Almudhaki at 10:30am in a live broadcast that lasted 40 minutes. Afterwards, she continued her communication with her audience through the national portal Bahrain.bh, where she will be available to engage and answer queries from the public in Arabic and English for two weeks.

“This is the second blog that BQA launched in collaboration with the e-Government with the aim of remaining close to and in touch with the public. All views and proposals will be recognised,” said Dr. AlMudhahki.

‘The Blog is considered a valuable opportunity to achieve direct and swift communication with the public via the Live interview on Instagram, or to open discussion on the Blog, which will take place later. This will create discussions of what is related to the quality of education and training and reviews of schools, providers and higher education institutions, along with the processes of the National Framework of Qualifications and national examinations to enhance and develop the performance of education and training institutions across the Kingdom of Bahrain,’ Dr. AlMudhahki confirmed.

The BQA CE pointed out the importance of communication with all the relevant stakeholders to build a real, obvious and feasible partnership in transferring and exchanging information. ‘The public is the most important partner in performing BQA’s mission, and it seeks to connect with it all year long through different social media channels such as Facebook, Twitter, Instagram and WhatsApp, in addition to newspapers and TV channels. This Blog achieves the same purpose and benefit and we thank all the concerned parties who help us to form this true partnership. This interaction also reflects and implements the directions of our wise leadership in communicating with the people’, she added.

The blog, available on the national portal, aims at increasing eParticipation in an effective method that is distinguished in its speed of communication with the public and decision-makers in Bahrain, alongside formulating relevant solutions and taking suitable decisions. If you have missed live broadcast, you may view it via iGA’s or BQA’s Instagram accounts.

This blog is not the first as previous officials and ministers had taken part in interacting with and answering the questions of the public.

These days, our smartphones are much more than just phones. We rely on them for work, leisure, directions and many more important aspects of...
Read more
iGA

If you’re living in Muharraq and were looking to visit the ID Card Service Center, heads up: the center is no longer opens on...
Read more
iGA

Own a Public Transportation Business? Visit Bahrain.bh to speed up your transactions!

A smooth and efficient public transportation is an important part of any country’s infrastructure. Bahrain.bh can help companies and individuals by speeding up their...
Read more
iGA

eGoverment payment services are Rolled Out via SADAD *

In line with its commitment to provide a range of digital platforms and payment channels to the public, and streamline government transactions, the Information...
Read more
iGA

If you’re a property owner, you’ll be happy to know that the process of applying for sanitary connections is now much easier than before:...
Read more
iGA

Corporate Social Responsibility (CSR) is gaining more and more importance in the kingdom. Major industrial and financial companies in Bahrain are establishing solid CSR...
Inside Bahrain

In Ayurvedic tradition the Kapha Dosha are the mind and body type associated with earth and water. It entails structure and stability in the...
Uncategorized

In line with the directives of HM King Hamad bin Isa bin Salman Al Khalifa to the government to undertake the development of a...
Beauty