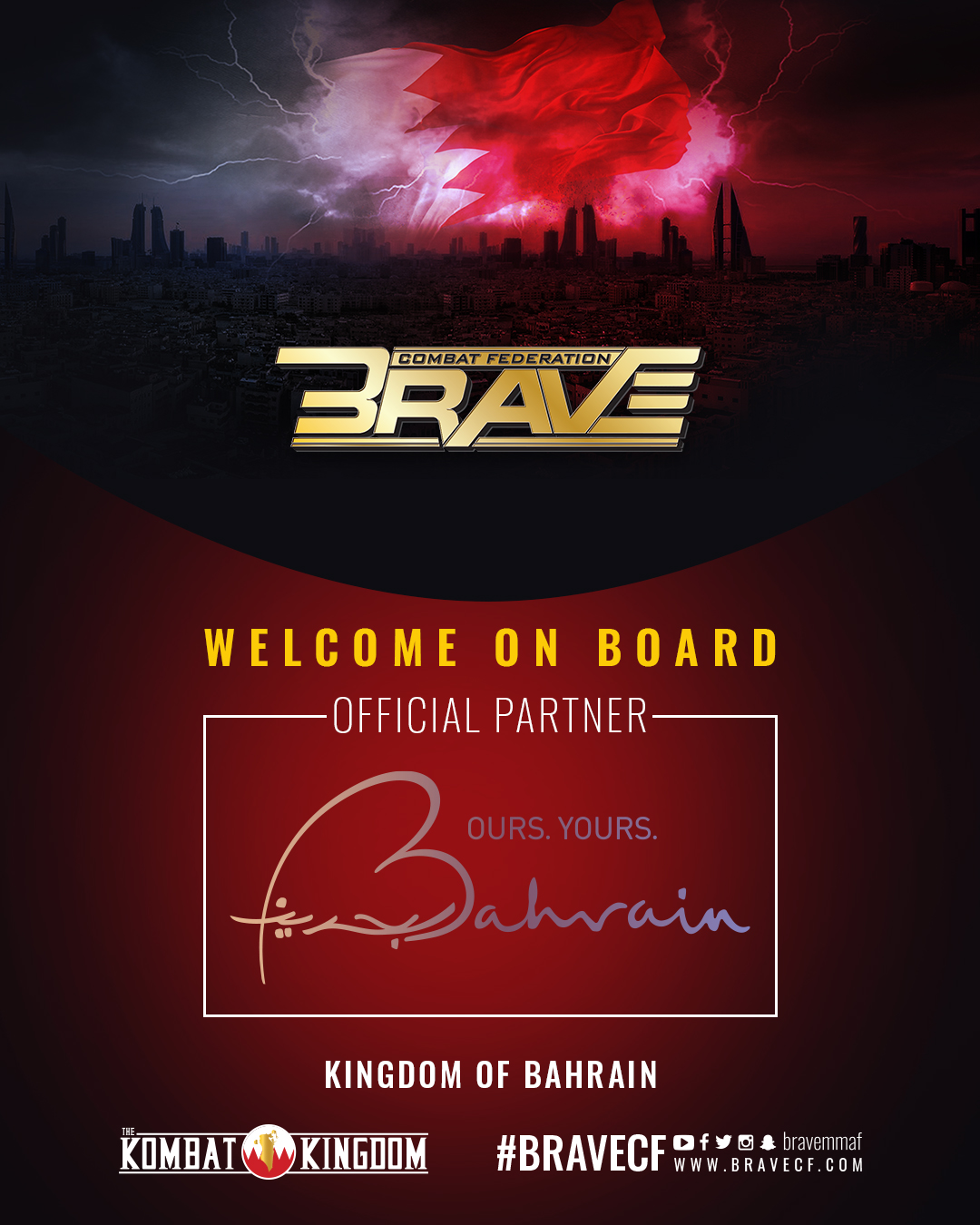 BRAVE Kombat Federation, the biggest sports-brand in Bahraini history, is partnered up with the Bahrain Tourism & Exhibitions Authority to showcase to BRAVE Nation fans around the world the best the Kingdom has to offer.

The BTEA has been established with the scope of work including all sectors related to national tourism affairs, and its partnership with BRAVE CF looks to further strengthen the Kingdom as an important tourism attraction on a regional and international level.

BRAVE CF has been an advocate of Bahrain’s tourism sector by bringing several international competitions to the Kingdom and providing its worldwide fanbase with further information on the nation, while promoting its core messages, taking the Kingdom’s flag around the globe and promoting the messages of goodwill and hospitality across the world.

BRAVE Combat Federation is delighted to partner with the Bahrain Tourism & Exhibitions Authority (BTEA) for the Kombat Kingdom series where fighters from all corners of the world will descend upon the Kingdom of Bahrain for the three weeks Series and their own fanbases, as well as martial artists fans from all continents, will have their eyes firmly on Bahrain.