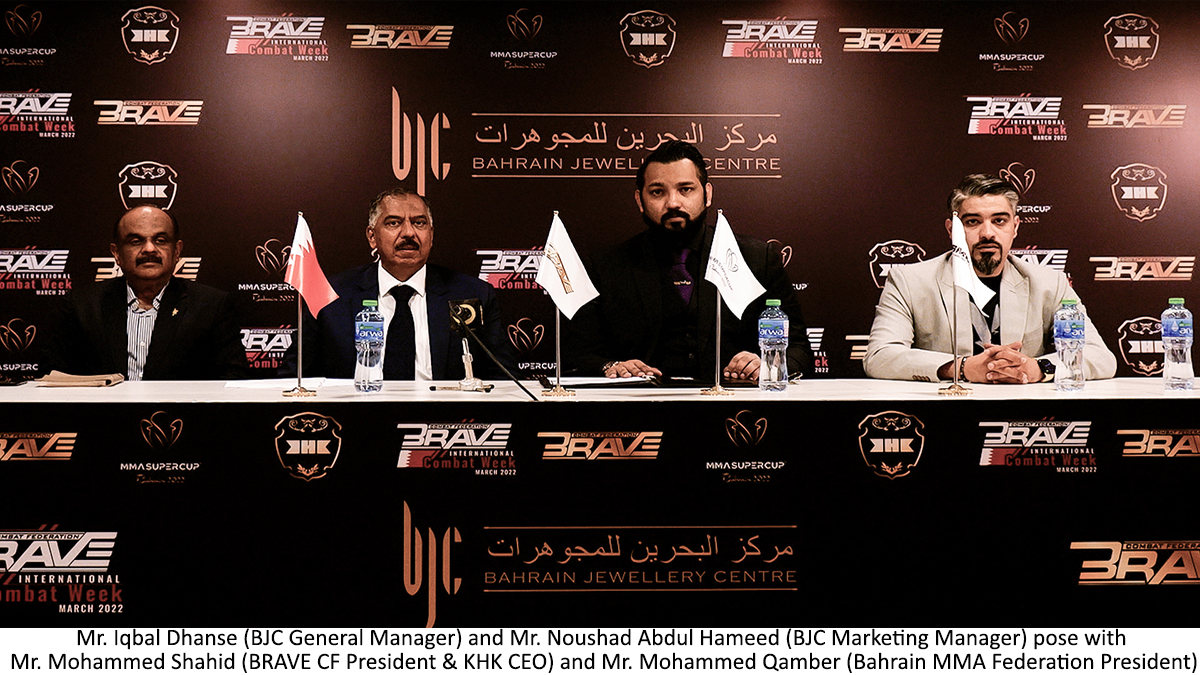 Excitement builds across the Kingdom of Bahrain ahead of the return of BRAVE International Combat Week with its biggest edition to date headlined by the nation’s homegrown hero the Pride of Bahrain, Hamza Kooheji.

BJC was established over 44 years ago and currently has 18 flagship stores across the Kingdom. Showcasing some of the top renowned brands and hosting some of the largest jewellery events in the GCC, BJC provides timeless pieces of all ranges of jewellery, watches, gifts and accessories. In 2009 BJC Baby store joined the market exclusively for baby gifts and accessories.

BRAVE CF is proud to welcome Bahrain Jewellery Centre(BJC) on board for the historic event, BICW – which, alongside BRAVE CF 57, includes MMA Super Cup, the first-ever team vs team MMA competition and highest-paying competition for amateur mixed martial arts with tremendous cash prizes for the first three teams in the world. The MMA Super Cup will serve as the curtain-closer for the IMMAF season, as it selects the top-6 nations in the annual world ranking.

The countdown is on for the biggest combat sports festival of 2022 and capturing every moment is the official timekeeper, Bahrain Jewellery Centre. Driving anticipation of the entire event as it ticks down through every hour, minute and seconds of the entire event.

Founded in 2016, BRAVE CF is the fastest growing promotion in the world of mixed martial arts. In little over five years, BRAVE CF has held 56 tournaments in 25 countries of the world, something never achieved before, occupying the first place in popularity in Asia (the largest market share) and in the Middle East (the most expensive sports media company).