Under the patronage of the Honorary President...
Sports This WeekBRAVE CF announces winners of first-ever MMA Arab Awards 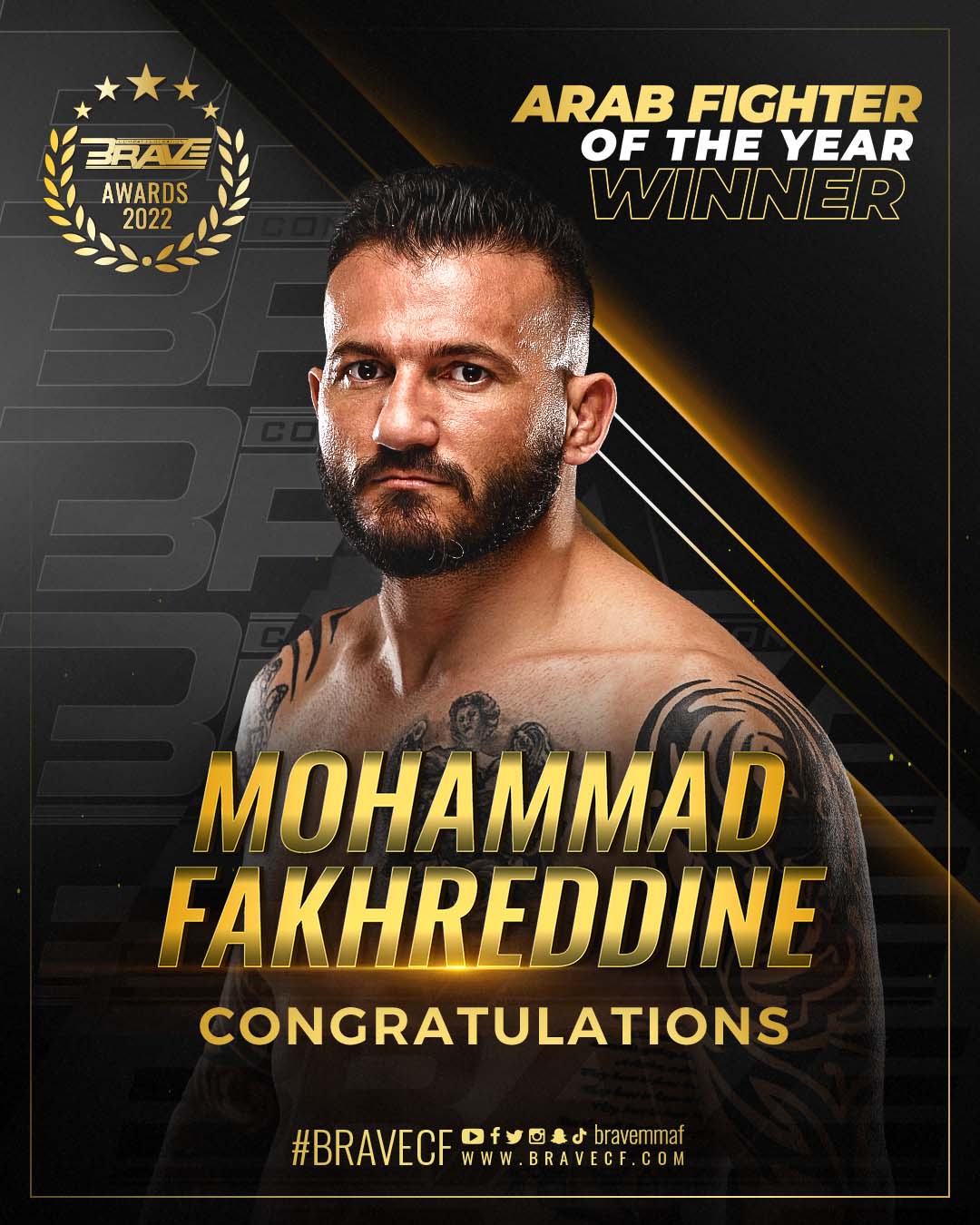 Mahmoud Sebie made waves before his first BRAVE CF fight when signed to become the first Olympian to fight for the organization. ‘’The Prince of Egypt’’ represented his country in Greco-Roman wrestling at the 2016 Rio de Janeiro Olympics, and has moved recently into mixed martial arts following the conclusion of a historic amateur wrestling career. And he hasn’t disappointed in his BRAVE CF debut, landing a huge KO victory over Wajdi Missaoui at BRAVE CF 67, which earned him two nominations – and two victories – at the BRAVE CF End of Year Arab Awards: Finish of the Year and Breakout Fighter of The Year.

Two young and rising stars stole the show in the Fight of The Year category. Once dubbed as the hardest fight of Muhammad Mokaev’s amateur career, Abdulla AlYaqoob has made waves since turning pro in March 2021 – since then, he has amassed four wins in as many fights, including a now award-winning fight against Fouad Al-Shami.

AlYaqoob and Al-Shami put on an amazing show for the fans in the sold-out Khalifa Sports City Arena, in Bahrain, for BRAVE CF 65, leaving everything on the line for the win. However, only one man’s arm was raised, that of AlYaqoob. At the Arab Awards, though, both are winners as their bout has been elected by the fans as Arab Fight of The Year.

Finally, Mohammad Fakhreddine has a historic year in 2022, and has now been named the first-ever Arab Fighter of The Year. At the conclusion of his rivalry with Mohamed Said Maalem, ‘’The Latest’’ walked out of BRAVE CF 57 as a two-division world champion, the first Arab fighter to achieve such a feat.