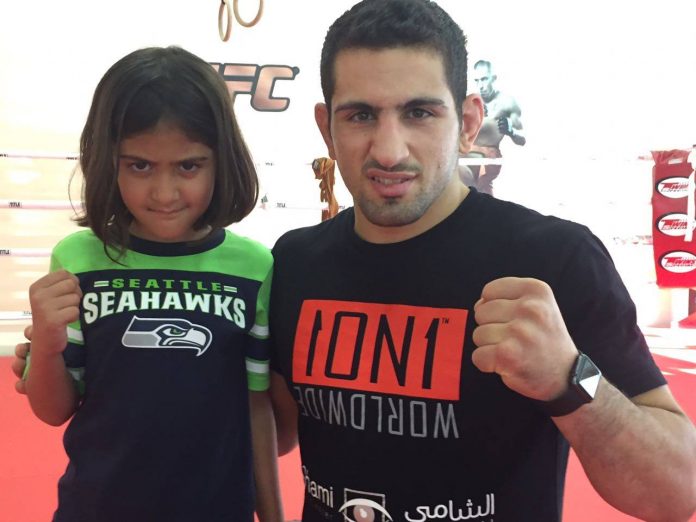 Brave CF fighter transforms the life of child with autism

December 14, 2017
Facebook
Twitter
Pinterest
WhatsApp
Linkedin
Abdul-Kareem Al–Selwady is on a winning streak after Brave 9: The Kingdom of Champions. The 22 year old Jordanian fighter of Palestinian roots is also a vocal advocate for freedom and peace in Palestine. Nicknamed as “The Pride of Palestine”, Abdul-Kareem made it to news yet again as he transformed the life of his number one fan. Selwady took up the challenge in transforming the life of a six year old child with autism.
Rayyan is a student of Al–Selwady‘s at Fortis MMA, in Texas. At six years old, Rayyan has formed a strong bond with the Lightweight contender. Rayyan was born with a rare condition and underwent painful surgery when she was only 14 months old. She was diagnosed with autism. She suffered from bullying and anxiety, when Abdul-Kareem stepped in and made the difference. Rayyan was introduced to mixed martial arts training which gradually made her confident and assertive. The atmosphere of the gym helped her to develop skills to socialise and interact efficiently. Currently Rayyan excels in academics and have a healthy and supportive social circle. 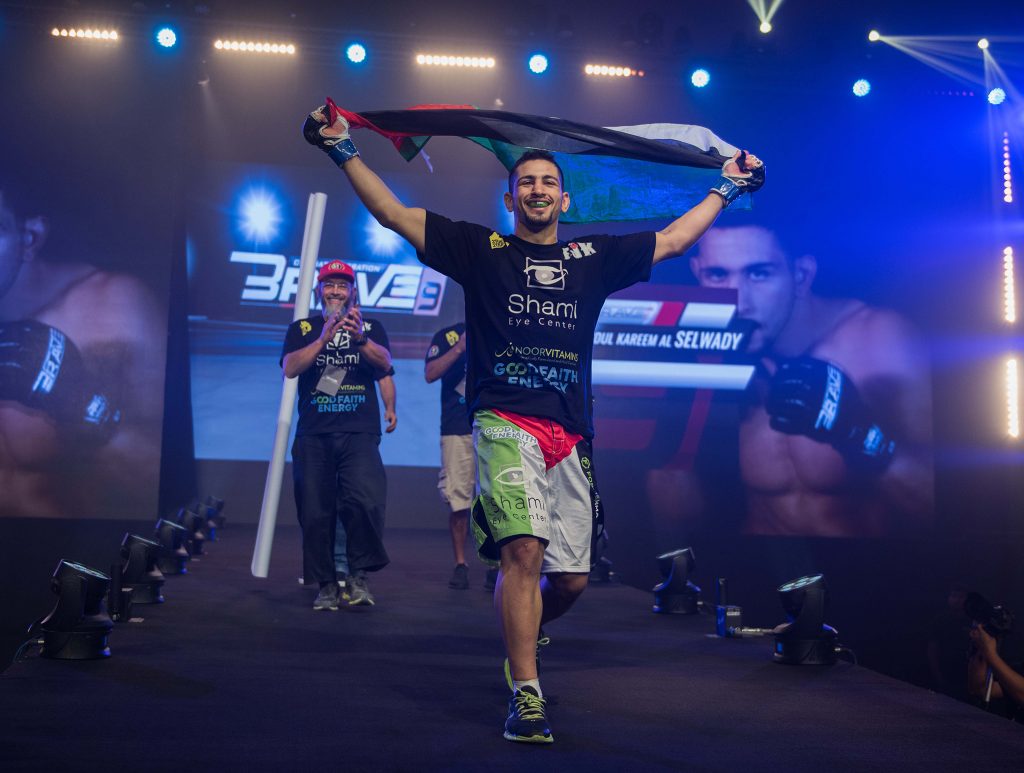 Selwady is proud about the impact he had made on young Rayyan’s life and is grateful for being a part of such extraordinary change. According to Selwady, “Sports and athletes have a definitive role in the society. The impact that an athlete creates is a valuable way to repay to the society and leave a lasting impression. Amidst of a thousand injustice, we have million reasons to be thankful.”
Facebook
Twitter
Pinterest
WhatsApp
Linkedin
Previous articleGiant Gingerbread Burj Khalifa Unveils At Dubai Airport
Next articleST CHRISTOPHER’S SCHOOL EMBARK ON BECOMING AN ECO SCHOOL