The Royal Thai Embassy, in collaboration with... 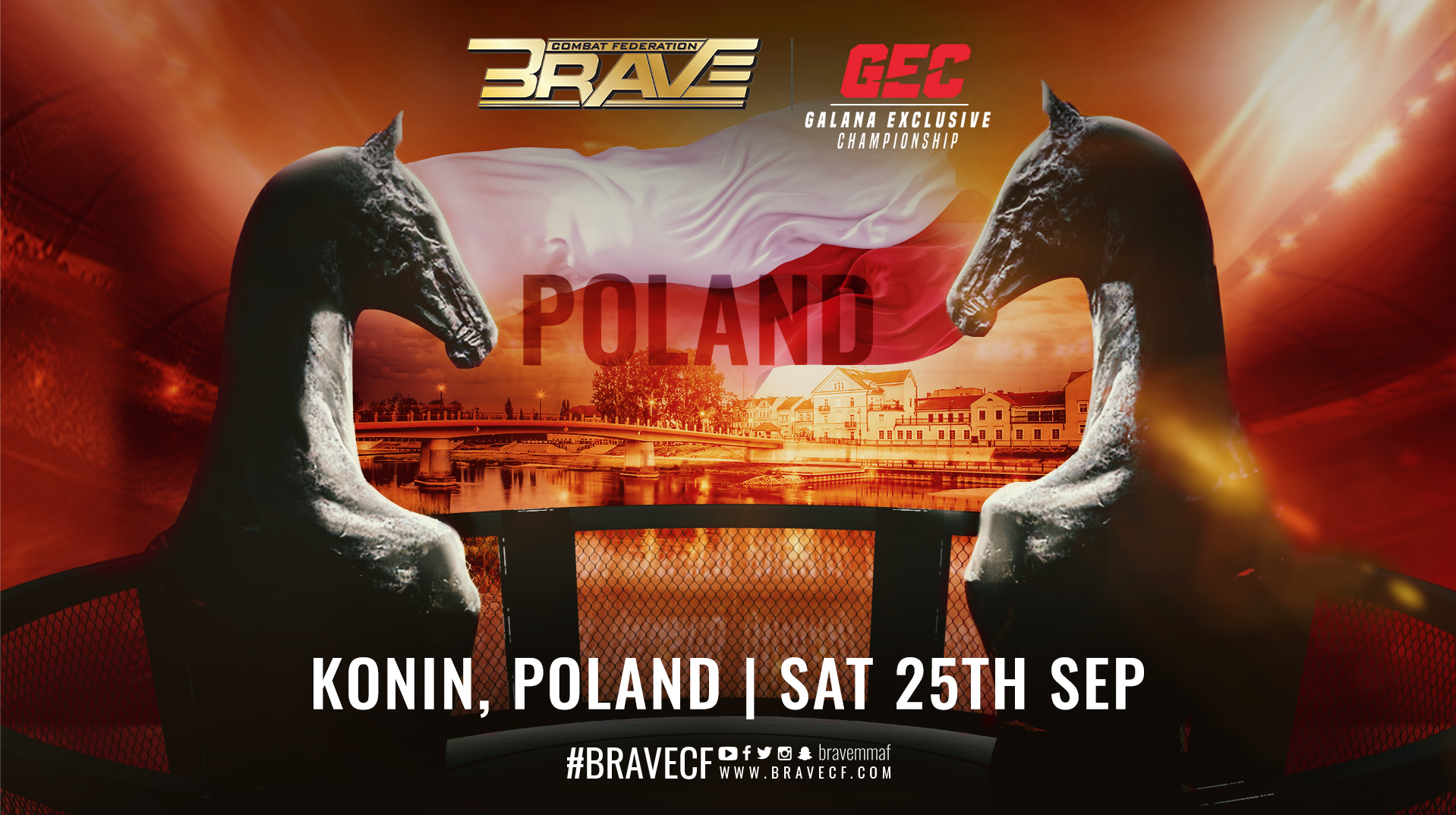 History will be made when the truly global mixed martial arts promotion makes its highly-anticipated debut in Poland with BRAVE CF 54, which takes place in the picturesque city of Konin on September 25th.

Some of the world’s best and most well-known superstars in the sport are set to compete on the mega-card. Its bout lineup is expected to be announced in the coming days.

“After the success of BRAVE CF 53 in Kazakhstan, our fans can expect another action-packed fight night in Poland. BRAVE CF 54 will bring the very best European fighters. Once again, BRAVE CF will showcase the strength of its roster and give to the fans an exciting night that they will look forward to,” BRAVE CF Matchmaker Gustavo Firmino stated.

“I’m sure there’ll be some buzz in the MMA scene when we start announcing the fights.”

To prepare for his venture on Polish soil, the Bahrain-based outfit recently signed the country’s two homegrown talents in the form of Marcin “Bomba” Bandel and Ewelina Wozniak.

Bandel has been in the sport for more than a decade and has a wealth of fight experience under various organizations on his resume with a stellar 19-7-1 overall record.

On the other hand, Wozniak is hailed as the No. 1 pound-for-pound female fighter in Poland and ranked No. 4 across Eastern Europe with an immaculate 5-0 slate.