The Ritz-Carlton, Bahrain is rolling out the red...
Sports This WeekBRAVE CF's list of Arab world champions inspires next generation to take over 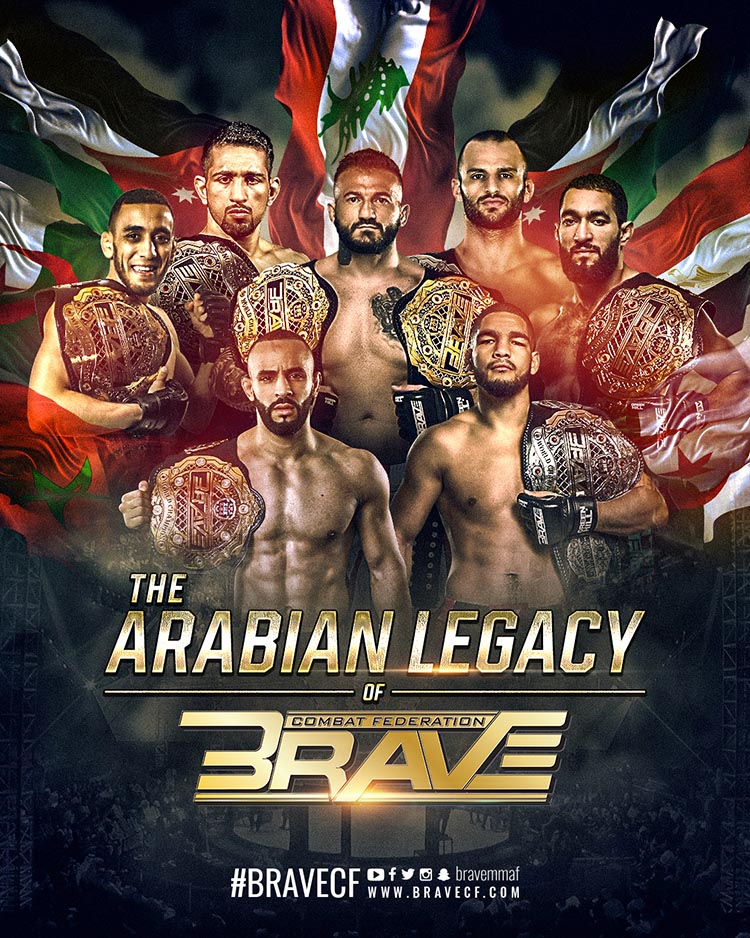 BRAVE Combat Federation’s penultimate event of 2022 will usher in a new wave of Arabian mixed martial artists as the next generation will look to pick up the mantle and advance the works of the pioneers who have come before them.

On December 12th, a BRAVE CF 67, a contingent of Arabian athletes will get the chance to walk in the footsteps of legendary first-generation superstars like former BRAVE CF world champions Jarrah Al-Silawi (Jordan), Mohammad Fakhreddine (Lebanon), and Algerian legend Mohamed Said Maalem.

BRAVE Combat Federation has always prided itself on the development of Arabian MMA. Since BRAVE CF’s inception, the brand has produced 22 world champions, seven being Arab fighters, highlighting the most-global MMA promotion’s commitment to giving athletes from the MENA region a chance to excel and to create a sustainable life with MMA.

Before BRAVE CF founder Sheikh Khalid bin Hamad Al Khalifa put his vision into practice, there were no international platforms on which Arabian athletes could showcase their talents and compete. Athletes from the region were restricted to small local shows and circuits, limiting their evolution as there was no international reach and opponents.

As soon as BRAVE CF 1: The Beginning launched in September 2016, everything changed as the brand connected athletes from the region and around the world to a global audience. BRAVE Combat Federation had such a huge ripple effect on a global MMA stage hungry for content that it secured television deals in 112 countries by December 2016 for only its second show.

A few months later, the product became available to the rest of the world, reiterating BRAVE CF’s ability to appease the appetites of a global audience while empowering athletes and their families.

This week at BRAVE CF 67, athletes from Egypt, Tunisia, Iran, and Algeria will fight for a permanent BRAVE CF contract. Arabian athletes who have come before them took full advantage of the BRAVE CF platform as they are now global superstars.

Through BRAVE CF, Jordan’s Al-Silawi fought in three other countries outside his own and faced opponents from eight nations. Lebanon’s Fakhreddine traveled to seven different nations under the BRAVE CF banner reiterating BRAVE Combat Federation’s influence, platform, and power.