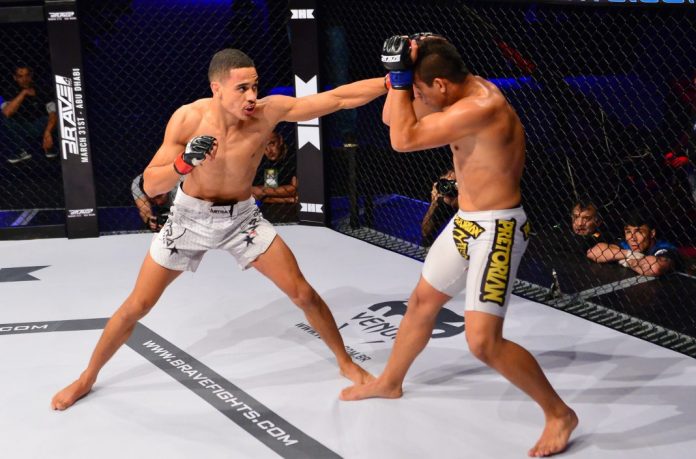 Brave Combat Federation based in Bahrain, has officially announced that Mexico and Brazil will host two of the major Mixed Martial Arts events. Brave will be holding the event in Mexico on 29th July, 2017 in Plaza de Toros Caliente at Tijuana, Mexico. This will be followed by the event in Brazil on 12th August in Taruma, Curitiba. The events will feature multiple athletes from Brazil, Mexico, The United States of America, Guyana, Costa Rica, Philippines, United Kingdom, Lebanon and Germany.

The Bahrain based promotion will showcase its pilot event in Mexico featuring Alejandro “Pato” Martínez against Fabian “El Aniquilador” Quintanar in the main event. The event in Brazil will showcase two championship bouts that will determine the athletes who will reign as the light heavyweight champion and the welterweight champion.

The organization was established under the leadership of His Highness Shaikh Khalid bin Hamad Al Khalifa to popularize the sport of mixed martial arts and to promote a healthy lifestyle among the youth. Within a year of operations, the Bahrain based promotion had established as the largest promotion in Middle East and held events in Brazil, India, Kazakhstan, United Arab Emirates and Bahrain. The popularity of the sport had also translated into multiple victories in mixed martial arts events for Bahrain, and to gain global attention as an emerging hub for combat sports.

Mohammed Shahid, President of Brave Combat Federation has stated during the official announcement that the organization will definitely be focusing on talent from the Middle East and Bahrain will be a key destination to host a major event in 2017. The recent accolades achieved by Bahraini athletes in global events including winning gold at IMMAF Asian Open Championship in Singapore, is a reciprocation of the results achieved due to excellence of the initiatives under the leadership of His Highness Shaikh Khalid bin Hamad Al Khalifa. The growth of the sports industry in Bahrain will be pivotal in opening new avenues for investments and economic opportunities in the region.

BRAVE Kombat Federation, the biggest sports-brand in Bahraini history, is partnered up with the Bahrain Tourism & Exhibitions Authority to showcase to BRAVE Nation...
Read more
Inside Arabia

Since the outbreak of Covid-19 that has unleash an economic downfall, Thai business collaborations continues, expanding business ties between The Kingdom of BAHRAIN AND...
Tech