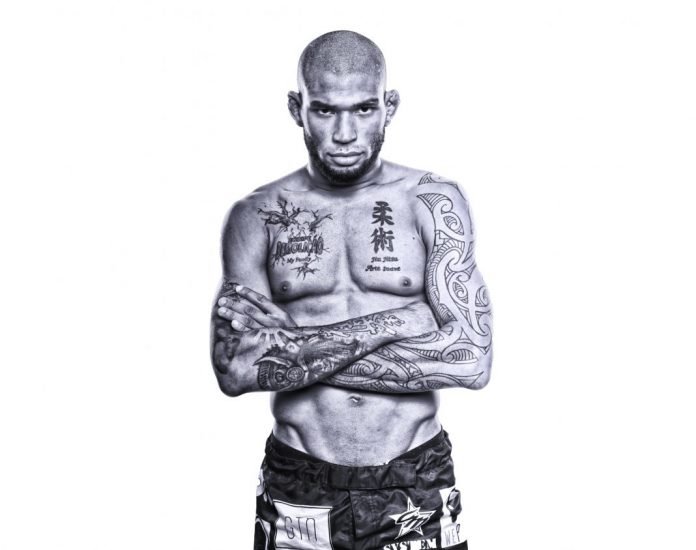 Born in a poor neighbourhood of Salvador, one of the most violent cities of Brazil, Luan had a childhood combating poverty and violence. He grew up with a dream of a better life through sports. The 22-year-old athlete who is signed with Bahrain’s Brave Combat Federation emerged as on of the most inspiring athletes in Brazil by propagating the message of social development through sports.

After a dominating submission victory in his first bout in Brave against Ivan Castillo, Luan will face his fellow countryman Eric Parrudo in the main card bout of Brave 8: The Rise of Champions. Luan and Parrudo have already shared the mats in the past, training together while Luan Santiago was living in Salvador, and Luan is all set to revisit a past that he had left behind.

“He’s just another obstacle in my way. We trained together around two years ago and I know him, he’s a very experienced fighter. But he doesn’t know me or the struggles that I had gone through. I am not the same fighter I was back then.”, concluded Luan.

Brave Combat Federation will feature more global superstars such as Timo Feucht from Germany, Carl Booth from the United Kingdom and Mohammad Fakhreddine from Lebanon in the eighth edition of Brave. Brave 8: The Rise of Champions will feature two championship title fights in Curitiba, Brazil on 12th August, 2017. This marks the second time that the Bahrain based sports promotion is hosted in Brazil. In the main event, Timo Feucht from Germany will face Klidson Farias from Brazil in a Light Heavyweight championship title match while in the co-main event, Mohammed Fakhreddine from Lebanon will face Carl Booth from the United Kingdom in a Welterweight Championship title match.

Gulf Air, the national carrier of the Kingdom of Bahrain, announces that it will resume its direct flights to and from Kuwait. Gulf Air has...
Tech

Bahraini trucks and their drivers will be allowed to resume their trips to the Kingdom of Saudi Arabia via the King Fahd Causeway today,...
Entrepreneurial Journey

Diyar Al Muharraq, one of the largest real estate developers in Bahrain, announced the signing of a joint agreement with Spectrum Co W.L.L, which...
© GO ALIVE MEDIA
MORE STORIES