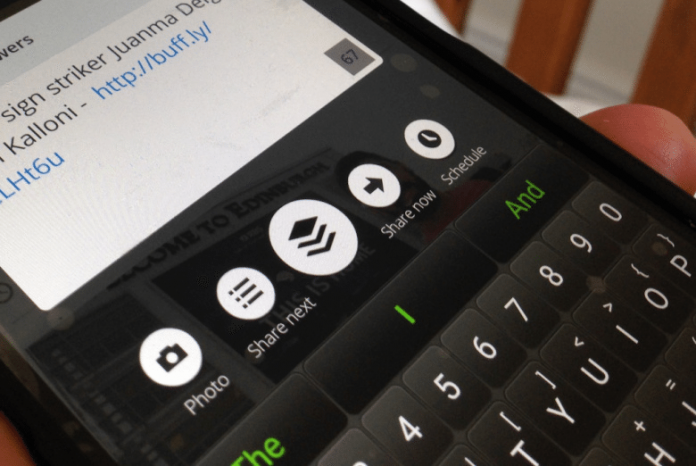 Social-sharing and scheduling tool Buffer has published its research into a major social media study that analyzes almost five million tweets to identify when the best time to tweet is.

The San Francisco-based company has built a solid reputation for its social sharing tool, letting users schedule posts easily. Download the Buffer mobile app or browser extension, connect it to your social media accounts, including Twitter, and you can “Buffer” posts to publish at pre-set intervals such as “every half-an-hour” or a variant of your choosing.

Buffer has a lot of data at its disposal and, as such, has delved back almost five years to garner a bigger picture of when the optimal time is to send a tweet.

For the study, Buffer’s data team analyzed around 4.8 million tweets from 10,000 profiles, looking at the combination of clicks, timing, and engagement throughout the day across different time-zones. The main figures it looked at were: clicks-per-tweet, favorites-per-tweet, retweets-per-tweet, and replies-per-tweet.

So, what do the results say?

Well, according to Buffer’s numbers, (very) early mornings are generally the best time to garner clicks. However, the report adds: “In some cases, the most popular times to post are opposite of the best times to post.”

Indeed, the most popular time to tweet was between noon and 1pm, while the fewest tweets are sent between 3am and 4am.