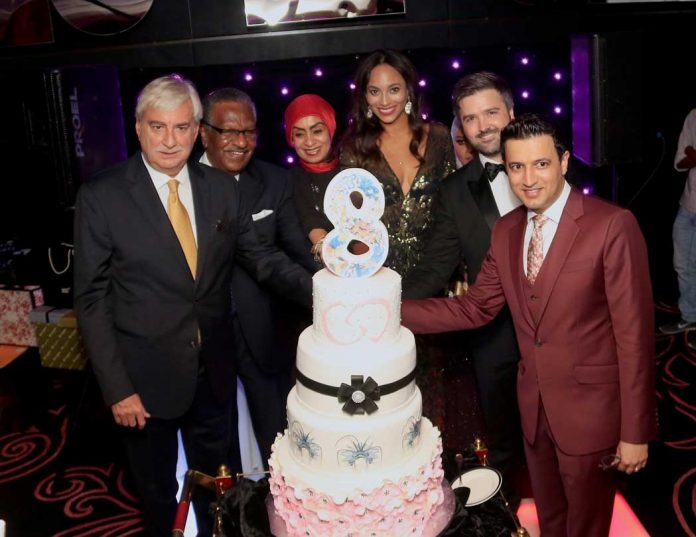 Perfectly situated on the Bahrain Financial Harbour, overlooking the bustling streets of Manama, Capital Club Bahrain readies for a chic soirée to mark its 8th anniversary on 19 October 2017.

Hosting the elite of Bahrain, the private club will also welcome 2016 Miss Universe First Runner-Up Raquel Pélissier, a special invitee of the club, alongside the Directors, Board of Governors, club members, and invited guests.

Guests will be treated to not only delicious food and drinks, but will be entertained by the likes of top notch DJs, who will bring the evening to life.

“We would like to give a special thanks to our Chairman, Sheikh Mohammed Al Khalifa” says General Manager Sumeet Jhingan and adds that over the past 8 years, the immense support of the Board Members and Directors has allowed the club to grow and to delve into various exciting activities such as guest speakers, the Celebrity Chef Series that has welcomed multiple renowned chefs from across the globe to Bahrain, regional business leaders & international speakers on monthly basis. The club has successfully expanded their network, and members can now access 260 clubs worldwide. Under the myriad of success the club boasts, Capital Club Bahrain is also the proud elite sponsor of TOP CEO Awards 2017, which were hosted in Jeddah earlier this year; amongst various other events that have garnered exposure to the vast variety of services offered by the club.

Working closely with key players within the various thriving industries in Bahrain, Capital Club Bahrain also extends its gratitude to its sponsors Lexus, our Mumtalakat, Lufthansa, and KPMG.

Perfectly combining the elements of business and luxury under one roof, Capital Club Bahrain brings to its members a unique experience as a premier business destination, and continues to prosper as one of the sought after locations for business transactions surrounded by an air of opulence and sophistication.