Representative of HM the King for Humanitarian...
SocietyPR This WeekCaribou Coffee relocates to a prominent spot in Seef Mall 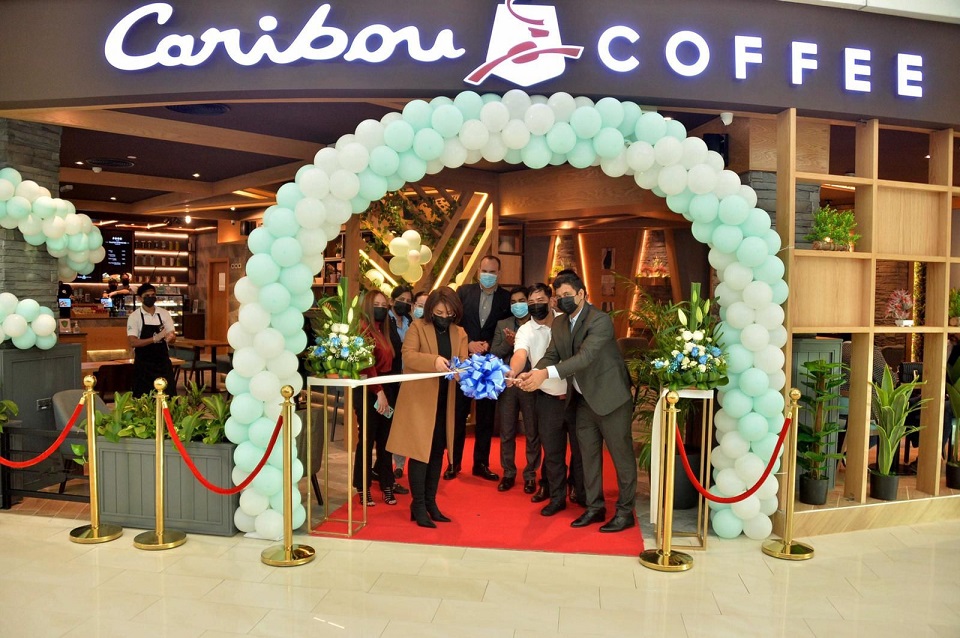 Caribou Coffee officially opens its doors to welcome the public to its newly relocated store by the West Wing on the Ground Floor of Seef Mall Manama.

Caribou Coffee alternatively known as the “BOU” has begun its operations in the Kingdom in the year 2007 of March located at Seef Mall in Seef District under Foodvest Holdings. The relocation of this branch is within the mall but in a much more prominent space on its Ground Floor, featuring an explicit interior developed to replicate an upscale rustic lodge to give an aura of coziness and warmth to its customers.

“Today, Caribou Coffee is one of fastest growing coffeehouse chain with multiple expansions across Bahrain with a total of 29 branches and two upcoming stores namely in Bahrain Bay and Saar Springs in the next couple of months. Caribou Coffee locations will sum up to 36 stores this year. We are currently studying entering the Saudi market, looking for sites for our own brand, and still under the negotiation stage with Saudi partners regarding the number of branches or the value of investment there”- said their CEO, Mateo Ramos.

The company’s signature ambience is inspired by the panoramic view of Alaska where the founders drawn inspiration to establish the Caribou Coffee concept which allows the Caribou Coffee experience to coalesce into the beautiful wood lodge that makes up every coffeehouse. The innovation of new Caribou Coffee store interiors are very captive and apparent.

New product launching are carefully identified and delicately prepared to adhere to the consumer’s interest and trend.

Caribou Coffee is well known for using all natural ingredients such as its hand crafted blends using 100% Arabica beans, 100% premium real chocolate and fresh milk, along with a variety of sugar free syrup that delights their customers with less guilt! Caribou Coffee has also introduced a line of baked patisseries, bread and vegan sandwiches, freshly baked everyday from their “BOU Bakery”.