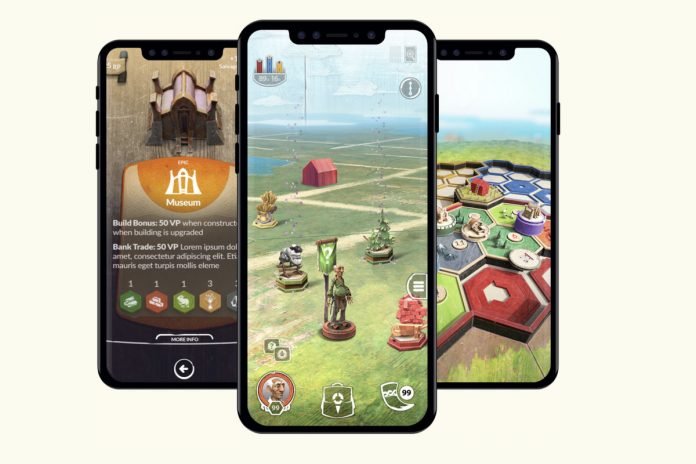 Catan is the latest game to make the jump to AR

Settlers of Catan is an iconic, 24-year-old board game in which players compete to establish colonies on a fictional island called Catan (the game board). It’s easy to learn, deeply strategic, and now, it looks like it’s coming to AR. it seems like work has begun on a new version of the classic game, called Catan: World Explorers. It would, as the game’s site put it, “[transform] the entire Earth” into a game board. (Which, in this case, probably doesn’t mean the return of colonialism?) And yes, Niantic — the company behind Pokémon Go and Harry Potter: Wizards Unite, two popular augmented reality games — is involved.

While Niantic has been tight-lipped about the whole thing, it did confirm to The Verge that it is involved in the game’s creation. “CATAN: World Explorers is being developed on the Niantic Real World Platform and we’ll have more information to share on the title in 2020,” the company wrote. It looks cool, too: it seems as though players will be able to interact with NPCs and other people to trade materials and the like, and you’ll be playing for victory points (as you do in the board game).

This isn’t the first time Catan has jumped to a platform beyond the game board; there are versions of the game for smartphones and consoles. It is, however, the coolest. I’m mostly curious about constructing roads and settlements and how that will work in the game world. Will they be persistent, like Death Stranding’s? And how will resource-gathering work? Will players be grouped into teams? Nobody knows, at least not yet.