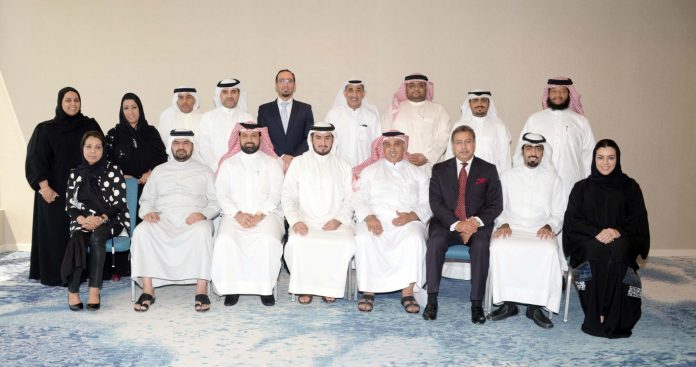 The Chief Executive Officer of the Bahrain Tourism and Exhibitions Authority (BTEA), H.E. Shaikh Khaled bin Humood Al Khalifa, presented a lecture entitled ‘Private Partnership for Tourism Development’ to the participants of the 17th batch of the ‘Qeyadat Program’ organized by The Bahrain Institute of Public Administration (BIPA).

The lecture was held at the Wyndham Grand Hotel in Bahrain Bay. “BTEA’s long-term strategy focuses on the development of the tourism sector under the slogan ‘Ours.Yours.’. It also aims to promote the local tourism product on a regional and global level, with an aim to showcase the tourism components in the Kingdom and support the efforts that focuses on boosting the tourism sector’s contribution in the national economy,” said the CEO of BTEA, H.E. Shaikh Khaled bin Humood Al Khalifa. 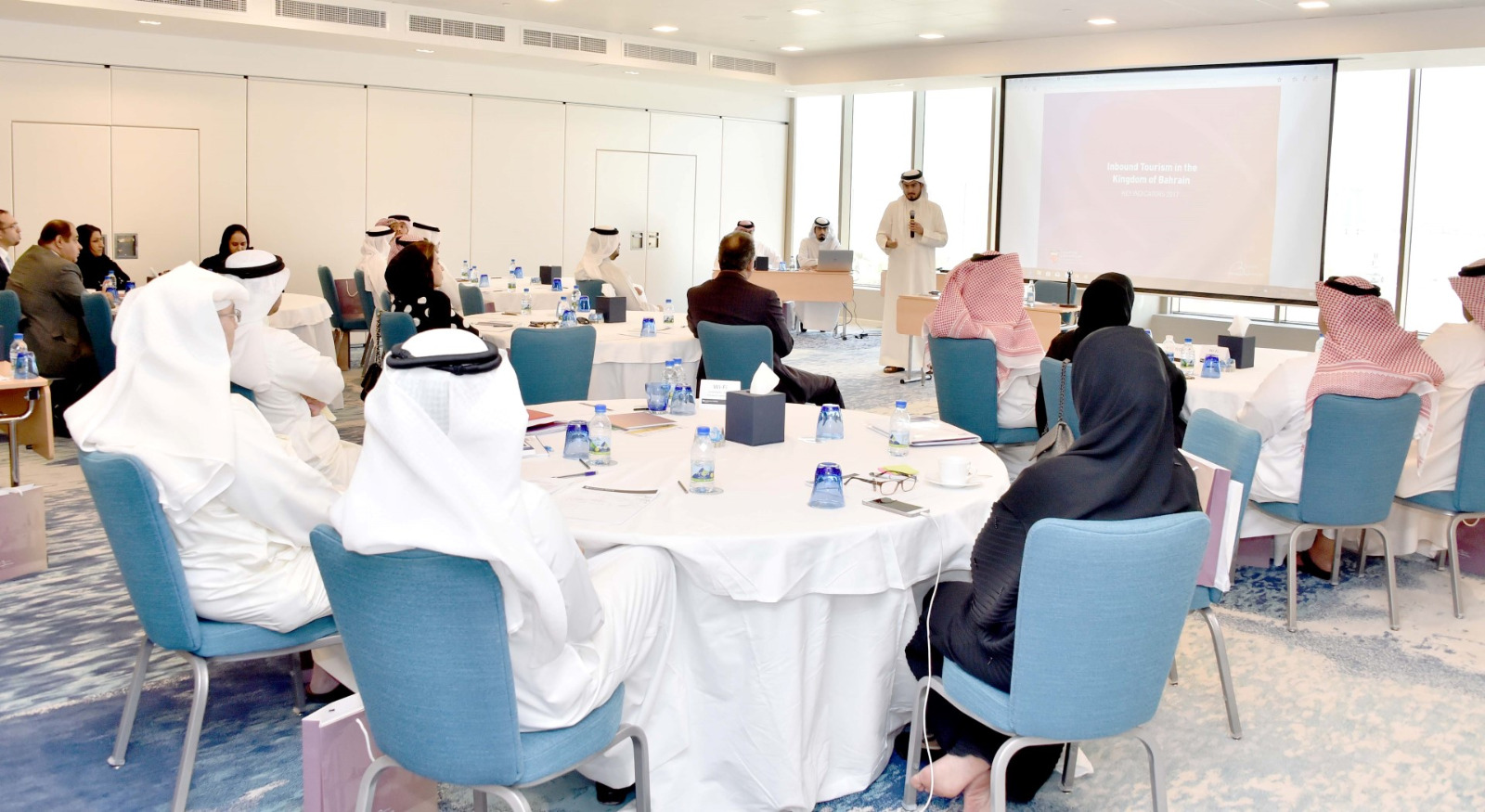 The Director-General of the Bahrain Institute of Public Administration (BIPA), H.E. Dr. Raed Mohammed Bin Shams, stressed on the Institute’s keenness to benefit from the successful government experiences in partnership with the private sector through the ‘Qeyadat Program’ which aims to develop the future generation of government leaders in order to drive the national economy to achieve sustainable development.

He also added that this initiative comes in line with the Kingdom’s Economic Vision 2030 which outlines the future path for the development of the local economy and aims to drive the private sector to be the main contributor to the kingdom’s economy along with the support of the public sector.

BIPA seeks to provide government leaders with the most advanced methodologies in building partnerships with the private sector in order to achieve the Kingdom of Bahrain’s 2030 Economic Vision by upgrading the governmental work system, meeting the needs of the population, improving the public services provided in addition to supporting the private sector in advancing sustainable development.

“The case study delivered by BTEA is a unique experience and must be studied by government leaders in order to build a new strategy that is in line with the country’s vision. It must be taught as a best practice case,” said Dr. Raed.

Since its inception in 2006, the Institute of Public Administration (BIPA) has sought to create a distinguished program to train government employees and develop leaders within the public sector in line with the Bahrain Economic Vision 2030.

Chairman of Enma Mall, Khalid Rafea, has announced the exclusive appointment of Global Real Estate advisor, Savills. As a result, Savills will take over...
Read more
PR This Week

Zain Bahrain, a leading telecom operator in the Kingdom, is taking a further step in offering the latest technologies through officially launching its 5G...
Sports This Week

Gulf Air, the national carrier of the Kingdom of Bahrain, has appointed Sh. Ali bin Mohammed Al Khalifa as Director Strategy and Planning to...
Wheels and Gears