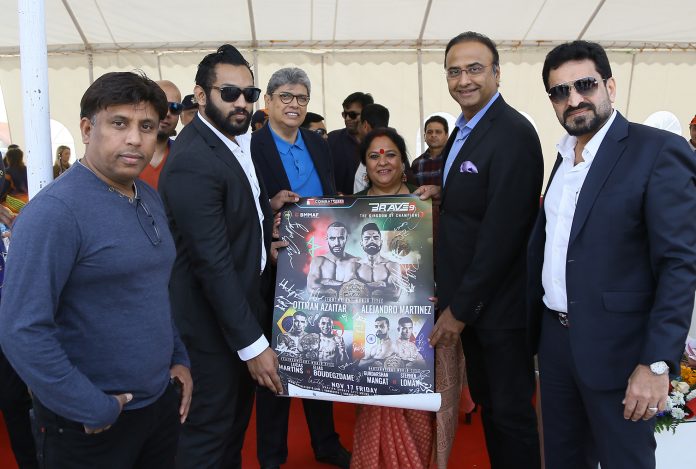 Veteran sports commentator Charu Sharma praised initiatives led by the Kingdom of Bahrain for the development of sports in the region. Charu Sharma pointed out that these initiatives have long lasting impact in the coming years for the economy and infrastructure of the Kingdom of Bahrain. He was present at the venue of Coca Cola Bahrain Premier League 2018 where Mohammed Shahid, CEO of KHK Sports along with Mohammed Mansoor, CEO of Exelon handed over the poster of Brave Combat Federation to the veteran sports commentator.

“Cricket is a global sport and has a rich history and tradition associated with it. Also the community that follows the sport is massive. So by nurturing cricket, the Kingdom of Bahrain is making a huge step in the International sports scene. Also the sport is already popular among the expatriate communities. This will also be a platform to nurture international relations and apart from entertainment, sports sector can develop the economy and generate employment opportunities.” opined Charu Sharma.
Coca Cola Bahrain Premier League 2018 is the first franchise based T20 cricket tournament to be held in Bahrain under the patronage of His Highness Shaikh Khalid bin Hamad Al Khalifa. In the first edition itself the initiative had signed 78 players to be a part of the event in six teams.