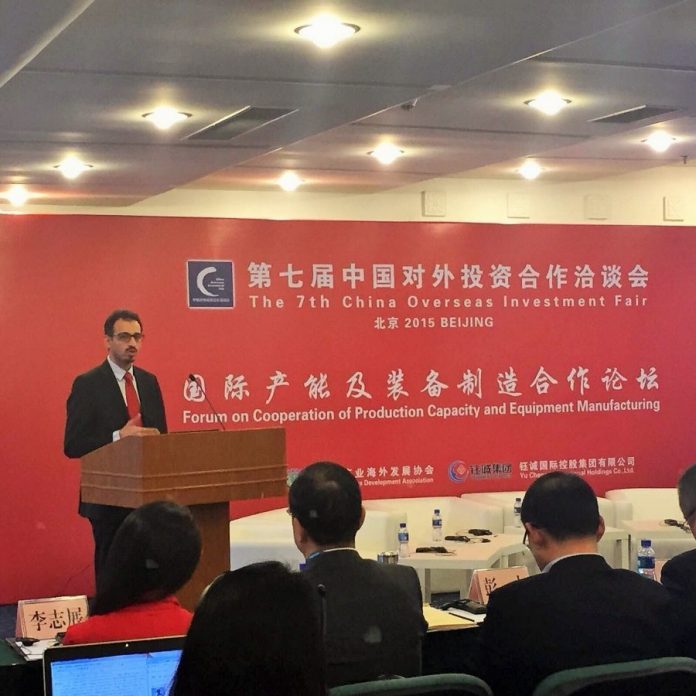 The #Bahrain Economic Development Board (EDB) has announced that #China’s #East Star Group will be launching its Middle East operations from Bahrain. The announcement comes on the back of the EDB’s efforts to attract the Group to the kingdom, and is in line with the EDB’s strategy to attract more investments to Bahrain, strengthening the national economy and creating quality jobs for local citizens.

Logistics, food and textiles manufacturing are part of a wide range of products and services that East Star Group provides. The Chinese group is among the largest tenants in the “Dragon City” project and is in the process of creating and constructing storage facilities with a capacity of 18,000 square meters at a cost of $10 million USD. The project is expected to lead to the creation of 100 jobs.The agreement was announced at Beijing, the capital of the People’s Republic of China, where a delegation from the Bahrain EDB took part in the global discussion panel “Ways to Strengthen International Cooperation in Terms of Production, Capacity and Manufacturing Equipment” at the 7th China Overseas Investment Fair,held between 22nd and 23rd October 2015.

During the panel session, the EDB sought to promote Bahrain’s rapidly growing manufacturing sector and the investment opportunities it offers. The EDB also met with Chinese and other international investors with the aim of strengthening the investment cooperation between both sides, and highlighting Bahrain’s position as an ideal gateway for Chinese investors who are seeking to gain access to the GCC market.

“Through participating in official visits and organising roadshows, the Economic Development Board has worked hard to attract a wide range of investments from around the globe, and to support their plans to operate out of the Kingdom. The board’s efforts have contributed to highlighting Bahrain’s competitive advantages as well as its strategic location for businesses seeking to make Bahrain its Middle East operations home.”

“Bahrain offers an ideal platform from which we can access the high-value Arabian Gulf market, and we are looking forward to establishing our headquarters in the Kingdom and benefiting from the number of competitive advantages Bahrain offers, including its open business environment, highly competitive operational costs, and a skilled and bilingual national workforce.

“We are grateful for the support of the Bahrain EDB who helped us carry out our plans for expansion into the region.”

The 7th China Overseas Investment Fair, organised by China Overseas Development Association (CODA) is considered one of the most prominent Chinese events relating to foreign investment. This year’s CODA Fair included a series of key events such as Investment Forums and Exhibitions, Projects’ Promotional Campaigns and high-level meetings between representatives from companies and financial institutions, government institutions, international organisations, business associations and research centres from more than 100 countries around the world. The event also hosted 1000 leading Chinese investors and businesses looking to work with relevant bodies and international investment institutions, and highlighted the strategic initiatives under China’s envisioned ‘One Belt, One Road’ strategy.

The East Star Group’s decision, and the Bahrain EDB’s attendance at the 7th China Overseas Investment Fair this year, followed on from a high level Bahrain business delegation organised by the Bahrain EDB which concluded a successful ten day roadshow to China in September. During this roadshow, 15 agreements were signed with Chinese businesses and trade organisations, to help strengthening the economic and trade ties between the two countries. The delegation also participated at the China International Fair for Investment & Trade (CIFIT), at which Bahrain was the guest country of honour.

A total of 6000 people hailing from different nationalities have volunteered for the phase III COVID-19 vaccine clinical trials. The Ministry of Health has announced...
Read more
Sports This Week