The Ritz-Carlton, Bahrain is rolling out the red...
CultureInside BahrainChristmas Carol Program Organized by YMCA Spreads Cheer in Bahrain 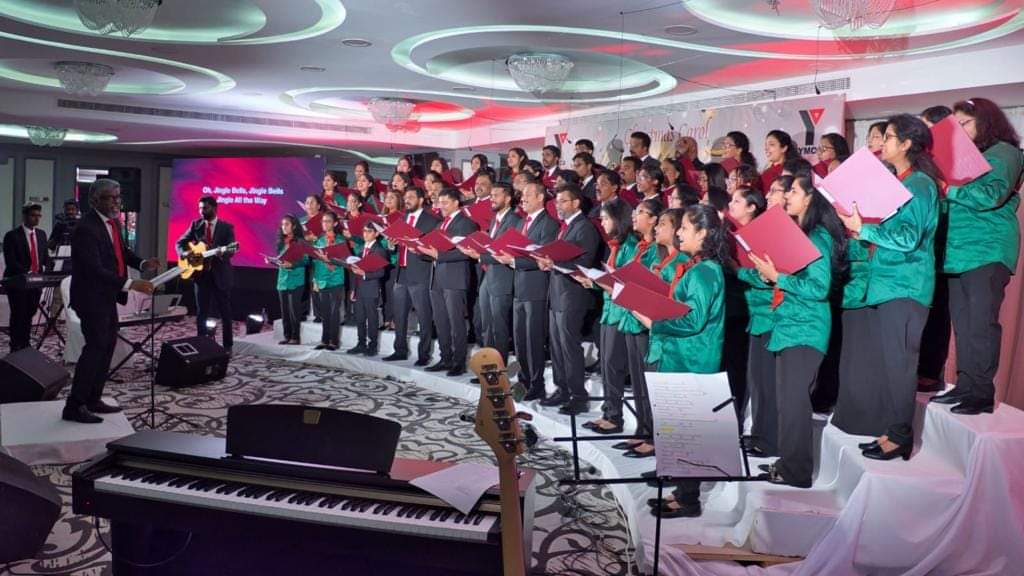 YMCA Bahrain affiliated to the National Council of YMCA’s of India held its 2022 Christmas Carol program titled “Glorious Light”. The Carols were presented by its 60-member Choir led by the Choir Director Mr. Shajimon Christudas at the New Seasons Hall, Adhari on Saturday, 10th Dec 2022 from 7.30pm to 9.30pm. The event was open to all and was attended by 450 guests. Priests, Pastors and members of many churches attended the program.

The event was opened with a prayer by Rev. Dileep Davidson Mark, Vicar of Bahrain CSI church.
The MC for the evening was Mr. Jiju Verghese, the treasurer of YMCA Bahrain. The Presidential and Welcome address was given by YMCA Bahrain President Mr. Soman Baby. In his speech, he thanked the Ambassador of India H.E. Piyush Srivastava for accepting the invitation as Chief Guest and coming for the event. He also thanked Ms. Hala Almoayyed, Executive Director of Almoayyed Contracting Group for accepting the invitation as the Guest of Honour. He also thanked Mr. Dilip George, CEO of Foulath Holdings and Bahrain Steels, the Patron and Supporter Mr. Jeeben V. Kurian, Executive Director of Al Namal Holdings and VKL Group and welcomed all dignitaries and guests.

In the Chief Guest’s speech, H.E. Piyush Srivastava’s speech, he said that Bahrain has become a role model for Harmony and Co-existence and highlighted the bilateral ties between Bahrain and India. H.E. expressed his happiness that YMCA Bahrain taking the lead in conducting this Christmas Carol program. He said that YMCA is a youth association with presence all across the world. He also encouraged YMCA Bahrain to organize more activities focusing on collaborating the youth of both India and Bahrain. He also wished the guests a Happy Bahrain National Day and extended his blessings for a joyous Christmas and Happy New Year.

The Guest of Honour was Ms. Hala Almoayyed,. In her speech, she mentioned that she is honored to be with YMCA Bahrain during this festive season and said that the Choir sounded angelic. She appreciated Mr. Soman Baby for leading the wonderful team of YMCA and was happy that Shajimon, the Manager Projects of their Electrical team is leading the Choir. She also added that it is events like these that brings people of different races, religions and cultures and mentioned that since inception, the YK Almoayyed Group has thrived in a multi-cultural environment. She congratulated everyone and wished YMCA all success.