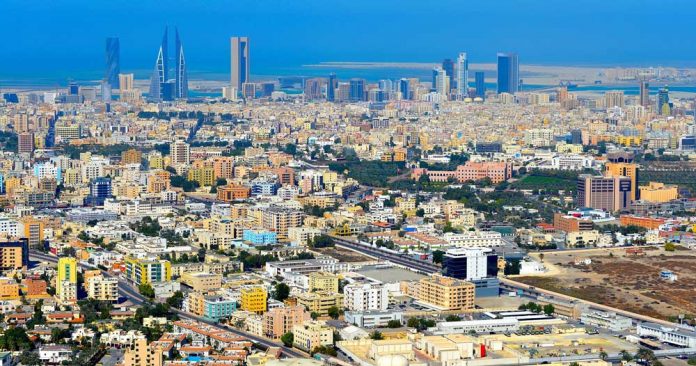 With positive government interventions to bring in more investors and diversify Bahrain’s real estate market, retail remains a significant area of growth in the Kingdom’s property sector. The renewed confidence amongst retail occupiers and retail developers is especially reflected in the fact that retail rents have remained stable over the last six months, according to leading international real estate consultancy, Cluttons.

Commenting on the Bahrain Winter 2017/18 Property Market Outlook, Faisal Durrani, Head of Research at Cluttons, said, “Retail is playing a central role in helping various areas in the Kingdom realise their full potential, with residential tenants being drawn to areas that offer high levels of retail penetration. We have noted an upturn in the number of community retail developments in locations such as Juffair, while larger shopping malls, such as the BD 45 million ‘The Avenues’, are being seen as game changers for the Kingdom’s retail scene.

We expect some 78,015 sqm of new retail space to be delivered across Bahrain this year, increasing to approximately 93,000 sqm in 2018 and in excess of a further 455,000 sqm by 2020. Separate to the development of retail malls, the Gulf’s largest IKEA is on track to open next year at a cost of BD 47 million and is expected to create up to 600 new jobs.”

Cluttons research highlights that the depth of developers’ confidence in the sector is reflected in the fact that it is currently tracking 21 retail schemes, spread across more than 1.05 million sqm, at a total cost of over BD 277 million. All projects are due to be completed between now and the start of 2020.

Harry Goodson-Wickes, Head of Cluttons Bahrain and Saudi Arabia, said, “The desirability for developers to select existing communities for new schemes has also been fuelled by the strong penetration of retail developments in many of Bahrain’s established residential areas. An example of this is the Marassi Boulevard, which consists of four low-rise buildings, with over 240 homes, alongside 700 sqm of retail and access to a 2km private beach and waterfront promenade. The success of the development is likely to be further enhanced by its proximity to the 180,000 sqm high-end Marassi Galleria retail development. We expect the development’s position, adjacent to Amwaj Islands, in addition to the strong community infrastructure being provided, is likely to result in keen interest from both buyers and tenants.”

Cluttons report shows that after rents retreated across the board at the start of the year, the market appears to be entering a period of stability, with average rents across the Kingdom firming during Q3. Rents in general have weakened by an average of 16.2% when compared to this time last year, and are down by roughly 8% since the start of 2017. In general, villas have outperformed apartments, however rents have dipped by 11% over the last 12 months. On the apartment front, rental rates in Juffair have experienced some of the sharpest corrections.

Goodson-Wickes commented, “For more than 18 months now, we have highlighted the risk of oversupply of apartments in Juffair and we appear to have reached a tipping point, where supply has exceeded demand. That said, with roughly 5,000 units being completed each year, there may be the potential for these units to be absorbed by domestic buyers, provided they are priced under BD 120,000 in order to qualify for a social housing loan. As it stands, the Ministry of Housing has a social housing waiting list of approximately 55,000, so demand appears as though it may exceed supply. However, many of the schemes currently under development are geared towards the luxury end of the price spectrum. Oversupply remains an area of concern and something we continue to monitor closely.”

According to Cluttons Bahrain report, elsewhere in the Kingdom’s commercial market, demand for office space remains lacklustre and static, with a very limited number of enquiries. Encouragingly, rents for both fitted and shell and core space have remained stable since the start of 2017. This is in part linked to the sharp rent corrections that have been recorded since 2010; shell and core space is down by roughly 40-70%, while rents for fitted space are down by a third to half over the same period.

While overall demand remains weak, start-up businesses are active in the market. Additionally, the only noteworthy activity amongst international occupiers has been Amazon’s decision to make Bahrain a regional hub for its cloud computing services, which will see the creation of three data centres in the Kingdom by 2019.

Cluttons report shows that aside from the clear risks to overall demand levels for both residential and commercial property that stem from any further weakness in oil prices, a number of downside risks are being monitored, including value added tax (VAT) and infrastructure levy.

While Saudi Arabia and the UAE have forged ahead with plans for VAT, commencing on 1 January 2018, Bahrain is yet to declare its intentions on the formal roll out of a VAT regime. The implications of VAT in Bahrain are likely to be a spike in inflation, which may dent consumer confidence and spending. This would, of course, come in addition to the gradual erosion of state food and energy subsidies, placing household finances under further strain. The impact on the property market is still unclear, but if the Kingdom followed in the footsteps of the UAE by taxing all commercial sales and lease transactions, demand is likely to weaken further, driving down rents from their current low levels. However, if the Kingdom follows the Saudi Arabian authorities’ decision to tax buy-to-let residential property, there is likely to be a weakening in Bahrain’s second homes market.

Goodson-Wickes concluded, “While our expectation is for rents to remain firm this year, the retail market is expected to remain a bright spot in the Kingdom’s property market. 2018 is likely to see rental rates remaining firm once more as more supply comes online to match anticipated demand. The residential rental market in Bahrain, however, is likely to remain stable for the remainder of 2017 and to continue this stability into 2018, as the market absorbs the falls registered this year. This is, of course, predicated on the residential market being exempt from any form of VAT. As for the commercial market, the sharp corrections that have occurred in recent years have driven rents to all-time lows. This is why our view for 2017 is for flat growth, while 2018 may well see further falls in headline asking rates should VAT be imposed on the commercial office market, as is the case elsewhere in the GCC.”