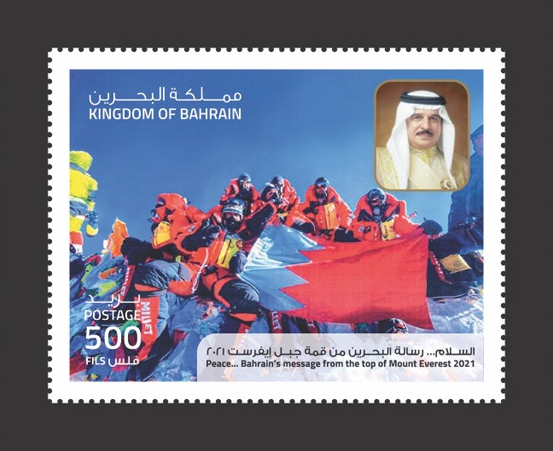 A commemorative stamp has been issued in accordance with the directives of His Majesty King Hamad Bin Isa Al Khalifa to mark the historical achievement of the Royal Guard team in reaching the peak of Mount Everest.

The stamp, issued by the Ministry of Transportation and Telecommunications’ Bahrain Post, captures the moment that the team reached the peak. The issue comes as part of Bahrain Post’s efforts to commemorate important Bahraini achievements and historic moments, and to recognise the determination and strength displayed by the Royal Guard team in achieving this major milestone.

The stamp is available at all Bahrain Post branches, where 12 stamps are sold in bulk for 6 dinars, and the commemorative card for one dinar.