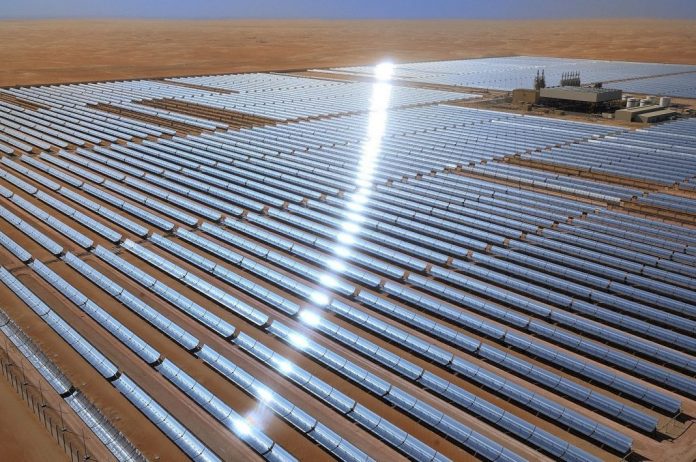 Dubai Carbon has signed an agreement with I-REC Standard, the international organisation that facilitates robust attribute tracking systems for the reliable procurement of renewable electricity, thus becoming the exclusive local issuer of RECs in the UAE, it was announced today.

Dubai Carbon in association with the Netherlands-based non-profit firm will now provide a standard for energy attribute tracking systems that can be easily implemented and used by end-users in the UAE. This will also allow all consumers access to internationally recognised and tradable and Renewable Energy Certificates (RECs). The RECs are the only way within the UAE to prove ownership to the environmental and economic benefits of the procured renewable energy.

Aimed at developing and implementing a voluntary market for RECs in the region, the agreement was signed following discussion initiated by Dubai Carbon with the Netherlands-based non-profit firm.

The I-REC attribute tracking Standard supports tracking compliance with governmental renewable energy requirements, as well as voluntary consumers to track and verify progress towards their environmental goals. This allows all I-REC Standard participants, the ability to track attributes of renewable electricity production from its location of generation to its place of consumption.

The tracking includes environmental, economic and GHG attributes, which at the time of REC cancellation, are the exclusive ownership of the consumer, or group of consumers. It also creates the foundation upon which electricity consumer claims can be made, particularly, those related to Scope 2 carbon accounting (GHG emissions from the generation of purchased electricity) or proof of individual renewable electricity consumption.

Explaining how the I- REC Standard works, Mr Waleed Salman, Chairman, Dubai Carbon said, “Electricity produced from different power plants are fed into the main grid, which then makes it impossible to identify the source of energy a consumer is using. The I-RECs will be issued to energy generator by Dubai Carbon, once they generate clean energy from a single generation facility. These can be purchased or procured by end users to validate their renewable energy consumption. I-RECs serve as the ‘currency’ for renewable energy markets, and will support renewable energy projects in the UAE.”

“Clean energy has truly moved from being a trend followed by some organisations, to becoming a real energy solution that provides a plethora of benefits to individual consumers and organisations. So the end users are ready to pay for electricity that is produced using renewable energy sources, that allows them to enjoy any benefit provided by the government, as well as contribute to the growth of renewable energy sector,” he added.

I-RECs are issued to the generator’s account, or to the account of an appointed representative. Market participants who have accounts with the tracking systems can transact the I-RECs. They are the only credible way of selling and buying renewable energy, it’s like banking once sold, I-RECs can only reside in one account at a time.

Jared Braslawsky, Director of the I-REC Standard commented, “We are thrilled to see how the UAE is working towards improving renewable energy policies. I-REC provides standard for energy attribute tracking systems that can be easily implemented so that consumers in all regions of the world can have access to internationally recognised renewable energy certificates. By procuring I-RECs, companies and individuals can support impactful renewable projects and drive the transition to renewable energy on a global scale,”

Bahrain and India have agreed to the implementation of the Air bubble arrangement between both countries. Bahrain is one of the countries India has...
Read more
PR This Week

The Rotary Club of Salmaniya held its regular virtual meeting on Wednesday 2nd September 2020. The club was privileged enough to have internationally renowned...
Tech