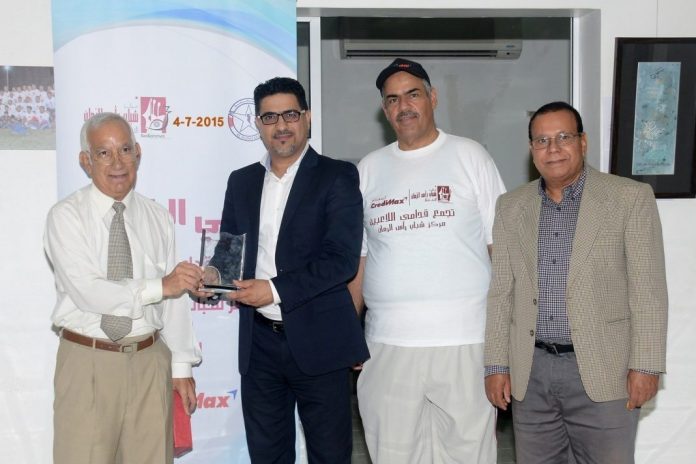 Ras Ruman Cultural Club’s gathering which was held in honour of its old members and in remembrance of the good old times, was sponsored by CrediMax.

The Club’s management team organised friendly football matches between the veteran members and the young enthusiastic players. The team also honoured some of its top players and held an exhibition showcasing the Club’s history through photographs.

CrediMax was honoured for their contribution to the event and received a memorable trophy which was accepted by Mr. Ali Abbasi, Senior Manager – Head of Customer Service and Sales Department on behalf of Chief Executive, Mr. Yousif Ali Mirza.