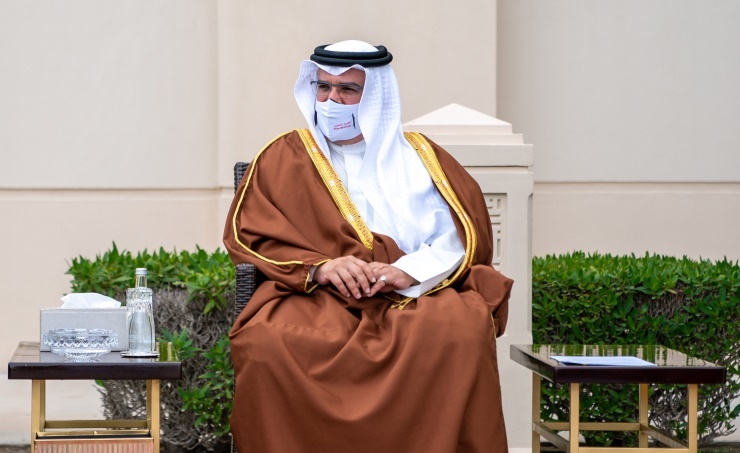 HRH Prince Salman responded to questions on the subjects of the Kingdom of Bahrain’s COVID-19 response, the dynamism of the Bahraini economy and people, planned reforms in Government and in the judicial system, foreign policy and the broader direction the Kingdom will take under Prince Salman’s leadership.

“Whilst the pandemic has presented the Kingdom with unique challenges, the success of the National COVID-19 Taskforce has positioned Bahrain favourably to benefit early from the global recovery. We expect by the middle of this year, we will have turned the tide and be well on the way to recovery.”

“We are proud of what the Kingdom of Bahrain has achieved thanks to the unity and commitment of Team Bahrain.”

On the economy, Prince Salman said:

“Treating our economy as if it needed protecting from competition and market forces would be a far cry from unleashing its full potential, built on competition, innovation, adaptation and growth.”

“We will pursue an open and free economy that consolidates the rule of law to stimulate economic output while protecting and preserving the fundamental rights and security of our people.”

“We will foster an open competitive environment with access to the global economy that rewards creativity and excellence.”

“And we will seek an effective, efficient, and appropriately sized government that meets our genuine future needs.”

On reform in Government & the judicial system, Prince Salman said:

“Bahrain’s social make-up and diversity are a source of strength, not weakness and Government appointments must reflect that diversity, based on competence and loyalty to the nation.  Future Cabinet composition should be more based on competency and further aligned with the age profile of parliament, which reflects the will of the people.”

“We will continue to develop our legal and judiciary system, as well as reinforce our integrated human rights system and we continue to stress the importance of expanding our alternative sentencing program.”

“It is important to move beyond reliance on confessions before the court and shift towards requiring the use of conclusive forensic evidence.”

“In the coming period, we look forward to adopting further programmes for reform centres and prisons, to include open prisons to help protect the social fabric of our community, as well as adherence to the rule of law.”

And on Regional stability and international relations, Prince Salman said:

“The GCC is an essential cornerstone in maintaining and protecting the region’s individual and collective interests and must remain central to any negotiations regarding the security and stability of the region moving forwards.”

“We continue to strengthen the work with our strategic allies such as the US and UK to combat terrorism and provide enhanced stability for the region.”

“We will work closely with the Russian Federation, the People’s Republic of China and other nations to further our relations in areas of common interest.”

“Any improvement in relations with Qatar must have individual and mutual respect at its core.  Respect for fellow nation states and respect for the rights of the citizens of those states.  A successful outcome can only be achieved through the genuine protection of the interests of all concerned.”

“Accountability and responsibility are the foundations of government work.”

“Evaluating the progress of this journey will be measured through delivery and results, not intentions.”

“We must work in the spirit of one national team, so that Bahrain can consolidate its rightful place as a standard bearer for security, stability and opportunity in the region and beyond.”