It is interesting to note how food...
CultureInside BahrainDeputy Premier Opens Jewellery Arabia 2021 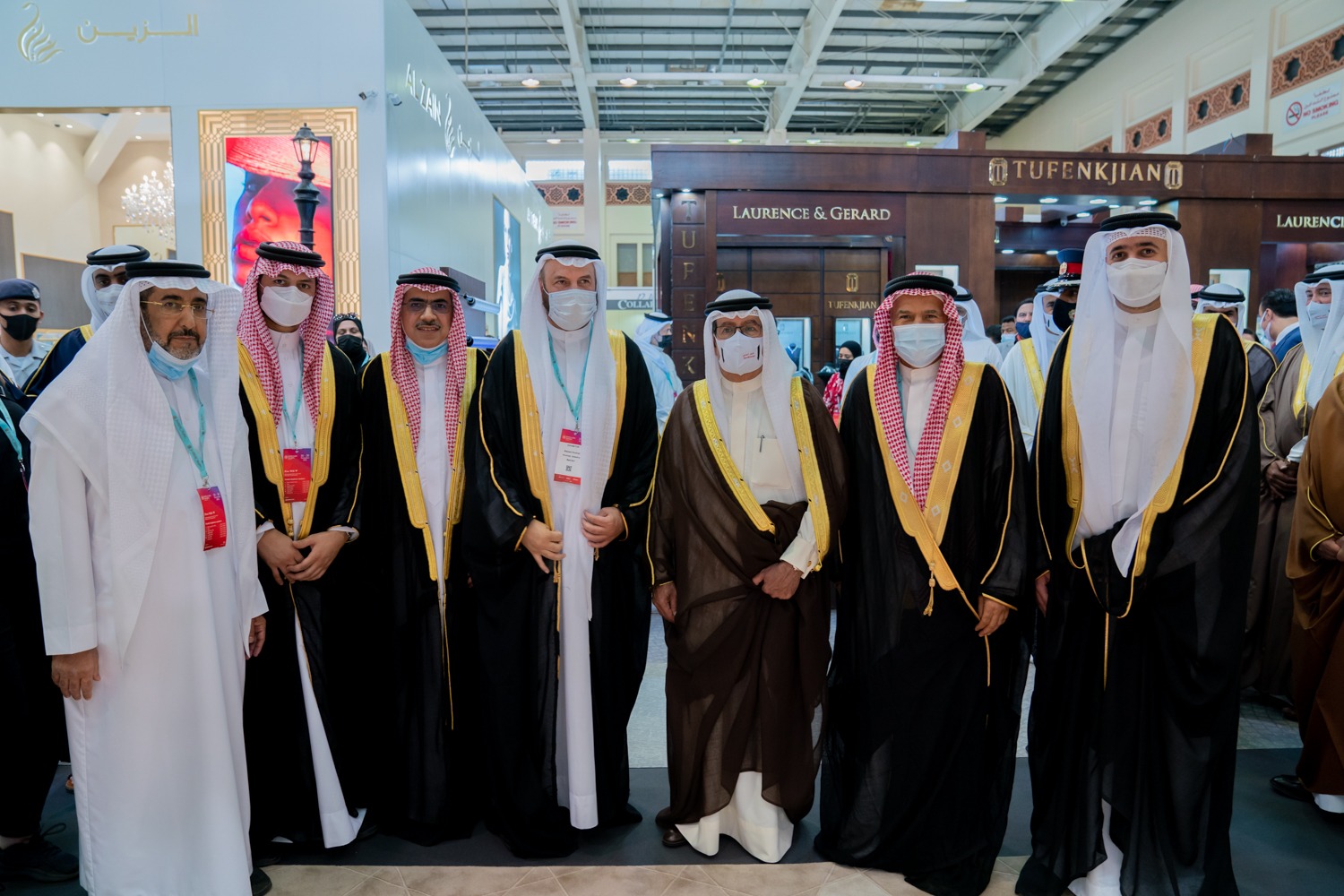 HH Shaikh Ali bin Khalifa expressed appreciation to all the participants in the important event, which reflects their confidence in the distinguished features enjoyed by Bahrain as a favourable tourism and investment destination, noting that the prestigious event supports the comprehensive development march spearheaded by His Majesty King Hamad bin Isa Al Khalifa.

While touring the pavilions of the exhibition, HH Shaikh Ali bin Khalifa conveyed the greetings of HRH the Crown Prince and Prime Minister to the participants, as well as HRH’s wishes for success to them.

HH the Deputy Premier recalled the role played by the late His Royal Highness Prince Khalifa bin Salman Al Khalifa, may Allah the Almighty rest his soul in eternal peace, in supporting Jewellery Arabia, as part of his keenness to boost the exhibition and conferences industry in the kingdom.

HH Shaikh Ali bin Khalifa affirmed Bahrain’s keenness to adopt initiatives that would strengthen its competitive potentials in the exhibition and conferences industry so as to be a perfect destination for hosting and organising international economic events, adding that the exhibition and conferences support the kingdom’s programmes to develop the tourism sector, within its economic recovery plan, particularly regarding the development of promising sectors to spur economic growth and support citizen-directed programmes.

The Deputy Prime Minister highlighted the kingdom’s increasing interest in supporting Bahraini industries, through putting in place optimal conditions to promote them, citing the gold industry which is directly linked to the Bahraini national heritage and culture.

HH the Deputy Prime Minister wished the organisers of the Jewellery Arabia every success.

The participants expressed their sincere thanks and appreciation to HRH the Crown Prince and Prime Minister for patronising Jewellery Arabia 2021, commending the facilities and success opportunities provided by the government for the exhibition.

Jewellery Arabia is the largest and most prestigious jewellery and watch exhibition in the Middle East, showcasing over 550 manufacturers, world-famous brands and unique designers.

Commenting, Chief Executive Officer of the Bahrain Exhibition and Tourism Authority (BTEA), Dr. Nasser Qaedi, said that Jewellery Arabia opens its doors again this year to thousands of visitors from Bahrain, the Arabian Gulf, the region and the world, to provide them with a rich experience that fulfills their aspirations amid the participation of more than 532 exhibitors from 30 countries representing the leading companies of jewellery, luxury watches, precious stones, art objects and high-end writing tools, noting that this year’s event is expected to achieve outstanding success in terms of sales and commercial and economic returns.

He indicated that the success of Jewellery Arabia and the opening of the new Bahrain International Exhibition and Convention Centre in Sakhir next year, consolidate BTEA’s efforts to continue boosting the exhibitions and conferences sector.

He pointed out that over the past years, the exhibitions and conferences industry has become one of the sectors that play an important role in hotel and airline occupancy rates, incoming tourism rates, increased investments and economic development in general.