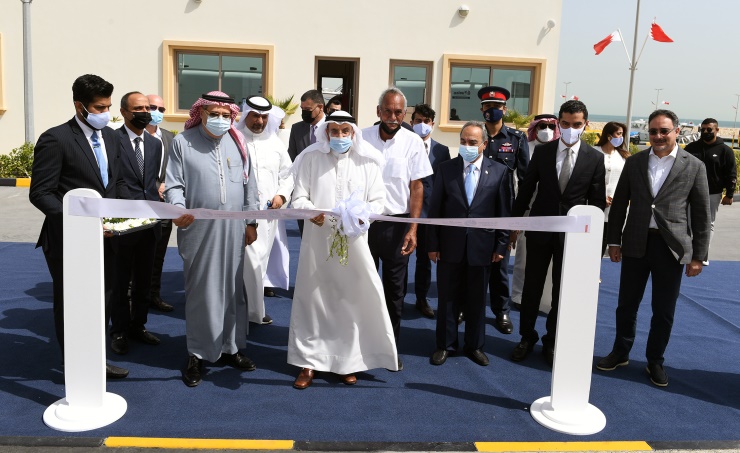 The Deputy Prime Minister was speaking as he inaugurated the latest marine services provided by Al-Dur Jetty, which is operated by the Southern Tourism Company, that is affiliated with Mumtalakat. The inauguration took place in the presence of ministers and senior officials. The services are the marine services center, marine fuel station, and the landing, supply and catering ship.

Shaikh Khalid bin Abdullah Al Khalifa said that the inauguration of Al-Dur Jetty’s latest services, is in line with the strategic trends of the Southern Tourism Company whose activities have expanded remarkably over the past years.

The Deputy Prime Minister lauded the role of the company, since its affiliation with Mumtalakat in 2013, in promoting the maritime transportation services and enriching the tourism sector. He thanked the company’s staff for their dedication and hard work which brought about a quality change in the services provided for the jetty’s members.