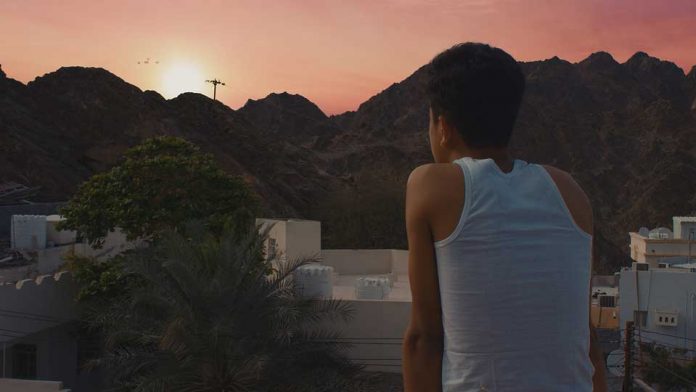 The innovative Muhr Gulf Short section returns to the Dubai International Film Festival (DIFF) with a diverse selection of creative short films from across the region, providing a crucial opportunity for filmmakers to premiere their unique projects on the world stage. The 2017 lineup of inspiring short films each tell an original story set to thrill audiences and provide unique insights into the region. Known for its diverse and captivating lineup, the Muhr Gulf Short category continues to serve as a catalyst for growing cinematic talent across the GCC.

Confirmed to feature in the Muhr Gulf Short section of DIFF is ‘Asiya’, from Omani filmmaker Mohammed Alharthy, which follows an Omani teenager who falls for an Indian actress named Asyia. He tries repeatedly to sneak in to the cinema to see her film, but is thrown out by the guard at each attempt as he is too young. Still, Asiya continues to visit his dreams until he makes an unexpected discovery.

From Saudi Arabia, Hajar Alnaim brings fresh talent to the fore with her post-graduation story, ‘Detained’. The short tells of a young Syrian refugee that is detained by US Homeland Security after her father’s suicide bombing of an international airport. The audience is torn between truth and assumption as she struggles to prove her innocence.

Self-taught, independent filmmaker Malik Maliki makes his debut at DIFF with his third short film ‘Lost Piece’. The Iraqi-born filmmaker follows a man and woman as they contemplate life and search for infinity and perfection. The question is, how far they are willing to go to find it?

‘Our Neighbor Bu Hamad’ is the first short brought to DIFF by Kuwaiti filmmaker Mishal Alhulail. The film tells the story of Khaled, a man in his twenties who starts investigating strange noises coming from his neighbor’s, Bu Hamad’s, house. His curiosity leads to an unexpected discovery he may not be ready to face.

From Saudi Arabian brothers Talha B. and Maan Binabdulrahman comes the short story ‘The Scapegoat’ centred on Paul Dugan, a former successful writer in search of his next best-selling novel. Feeling the pressure to live up to his earlier success, he shelters himself in an isolated cabin in the woods to confront his internal demons.

Danish-Jordanian filmmaker Ulaa Salim returns to DIFF this year with his captivating short ‘Fædreland (Land of Our Fathers)’, telling the story of a broken father-son relationship. After an unsuccessful life in Denmark, featuring a divorce and distant relationship with his son, Hassan decided to move back to his native Jordan. Once there, he gets a visit from his son under the pretext that Hassan will return with him to Denmark. This visit is Hassan’s last hope of reconciliation.

From Dubai-based Bahraini storyteller, Ahmed Al Kuwaiti, comes ‘A Time to Pray’, which promises to take DIFF audiences through the internal conflict of universal morals and religious conformation. A young Emirati woman goes on trip with her pregnant Egyptian friend. After their car breaks down in the middle of nowhere, they seek help from the only nearby source – a mosque.

Making his first appearance at DIFF is Kurdish actor, writer and director Mohammed Sherwani with ‘Duaa’. The short follows the young woman’s father, who visits the university where his daughter Duaa is meant to begin her degree in Islamic studies. After initial confusion from the staff, he then learns that Duaa has instead applied and been accepted to a course in fine arts and sculpture. He now must decide if he should let her pursue her dreams of becoming an artist or follow the path assigned to her.

DIFF’s Artistic Director Masoud Amralla Al Ali commented: “The Muhr Gulf Short category continues to grow and is receiving recognition as an excellent platform for regional filmmakers to showcase their craft and talents to an international audience. Short film is a unique craft amongst the film industry, and we’re thrilled to bring the latest creative projects from filmmakers around the region to the Festival. DIFF audiences can explore cultural nuances, current and international themes and, above all, captivating storytelling with this year’s lineup.”

DIFF’s Programmer, Salah Sermini added: “Producing a short film is always a challenge even for the most experienced and talented director and each year we look for the best and brightest talent from the Gulf to be a part of the Muhr Gulf Short category. Our 2017 lineup is no different and we cannot wait for audiences and industry alike to experience the unique talent produced right here in the region.”

Registration is now open for media, industry professionals and the public for the 14th edition of the Dubai International Film Festival which will take place from the 6th December – 13th December, 2017. Please visit www.diff.ae for more information.