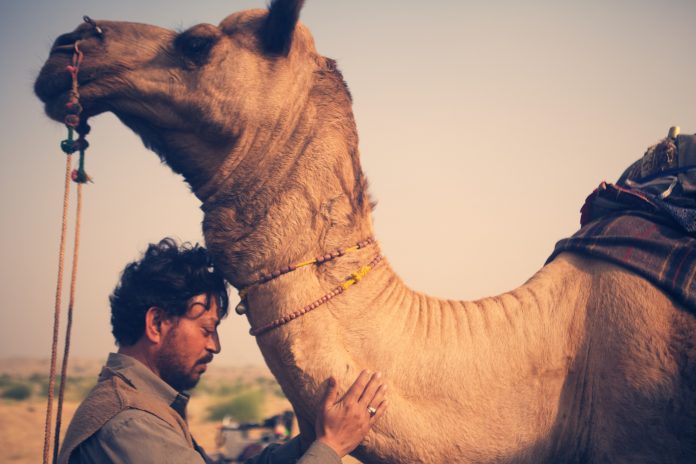 ‘CINEMA OF THE WORLD’ CAPTURES STORIES FROM ACROSS THE GLOBE

The Dubai International Film Festival (DIFF) has revealed the first titles that will form part of its ‘Cinema of the World’ programme. Bringing a variety of films and genres from around the world, the programme is set to take audiences on a cinematic journey of unique perspectives this December.

First in the line-up is Italian filmmaker Jonas Carpignano, with his latest film, ‘A Ciambra’, which screened at the Cannes Film Festival earlier this year and has been selected as Italy’s submission for consideration for the foreign-language film Oscar. The film follows a boy named Pio Amato from a small Romani community in Calabria. At 14, Pio is desperate to grow up as fast as possible; he drinks, smokes and learns the necessary skills for life on the streets from his older brother Cosimo. Soon, Pio’s world changes forever and he must face an impossible decision that will test if he is truly ready to become a man.

Ukranian filmmaker Sergei Loznitsa, known for his heart-wrenching tales ‘My Joy’ and ‘In the Fog’, returns to DIFF with his latest film, ‘A Gentle Creature’ (Krotkaya) which competed at the Cannes Film Festival this year. The film tells the story of a woman who lives alone on the outskirts of a Russian village. One day, she receives a parcel she had sent to her incarcerated husband, marked ‘return to sender’. Shocked and confused, she begs for time off work and embarks on a long and arduous rail journey to Siberia and to the prison town to find out what has become of him, and justice itself, in modern day Russia.

Russian filmmaker Andrey Zvyagintsev brings to DIFF audiences his latest feature ‘Loveless’ (Nelyubov) which scooped the Jury Prize at this year’s 70th Cannes Film Festival and has been selected as Russia’s submission for consideration for the foreign-language film Oscar. The emotionally charged family drama follows married couple Zhenya and Boris who are going through a vicious divorce. Arguing constantly, and in the process of selling their apartment, they are already preparing for their new lives: Boris with his younger, pregnant girlfriend and Zhenya with the wealthy lover who is keen to get married. Neither seems interested in their 12-year-old son Alyosha. Until he disappears.

Anup Singh presents his third film, ‘The Song of Scorpions’, a story of twisted love, revenge and the redemptive power of a song  starring Irrfan Khan and Golshifteh Farahani. Nooran, carefree and defiantly independent, is a tribal woman learning the ancient art of healing from her grandmother, a revered scorpion-singer. When Aadam, a camel trader in the Rajasthan desert, hears her sing, he falls desperately in love. But even before they can get to know each other better, Nooran is poisoned by a treachery that sets her on a perilous journey to avenge herself and find her song.

French filmmaker Sonia Kronlund presents her entertaining, touching and poignant documentary ‘Nothingwood’, the story of a man who spends his life making his childhood dreams come true. About a hundred kilometres away from Kabul, Salim Shaheen, the most popular and prolific actor-director-producer in Afghanistan, comes to show some of his 110 films and to shoot the 111th in the process. He has brought with him his regular troupe of actors, each more eccentric and out of control than the next. That trip is an opportunity for us to get to know Shaheen, a real movie buff who has been making movies tirelessly for more than thirty years in a country at war.

Joining the lineup is Second World War drama ‘Barefoot’, from award winning Czech director Jan Svěrák. Co-written by Svěrák’s esteemed father, Zdenek Svěrák, who also plays a small role in the film, ‘Barefoot’ follows eight-year-old Eda, the long-desired and over-protected child of parents, who had previously lost a child. Eda is a memory for his parents and even has the same name as his deceased sibling. In 1939, when his father renounces the Nazi invaders of Czechoslovakia, the family leaves Prague and moves in with relatives in the countryside. The war presents mysterious adventures to Eda, whose childlike wonder cannot perceive the danger of the difficult times they live in. Although his life is strange, Eda is faced with beautiful opportunities and he discovers deep family secrets as well his own personal inner strength.

From award winning British-Pakistani short film director, Sarmad Masud, comes his first feature film ‘My Pure Land’. Selected as the UK’s official candidate for the Foreign Language Film at the 2018 Oscars, ‘My Pure Land’ tells the remarkable true story of ‘the toughest woman in Sindh’, Nazo, and her family. In rural Pakistan, a mother and her two daughters are forced to defend their family home from their uncle and his cronies, who are determined to take the land after their brother is murdered and father sent to prison. Told in a non-linear style, the film shares the events that led to the siege, just as the tension comes to a standoff.

Making his DIFF debut is acclaimed Indian director Dipesh Jain, with his thrilling drama ‘In the Shadows’. The film stars famed Indian actor Manoj Bajpayee as Khuddoos, a lonely man who obsessively watches people through hidden cameras behind the walled city of Old Delhi. One day he begins to search for a boy named Idris, whom he hears being beaten up through the walls of his house. His obsession to find the boy takes over Khuddoos and when the boy’s condition turns from bad to worse, his own loss of time and reality comes to the fore.

British-Zambian filmmaker Rungano Nyoni’s debut feature ‘I Am Not a Witch’ is a challenging and impressionistic tale of superstition in a small Zambian community. Eight-year-old Shula is accused of witchcraft and, following a brief trial, she is found guilty and exiled to a witch camp in the middle of the desert. Tied by a ribbon to a large tree, Shula and the other ‘witches’ are warned that if they try to escape they’ll be turned into goats.

Swedish provocateur Ruben Östlund (Force Majeure) took home the Palme d’Or at Cannes for ‘The Square’, this no-holds-barred satire of the postmodern art world. On the verge of opening a prestigious exhibition, imperious and self-centred curator Christian (Claes Bang) is beset by a host of troubles – including a less-than- successful online marketing campaign, a performance piece gone horribly awry, and a mugging which leaves him both shaken and determined to hunt down the perpetrator – which sets both him and his museum on a crash course with crisis. Danish actor Claes Bang, starring as the inscrutable Christian, is joined by acclaimed Handmaid’s Tale star Elizabeth Moss and The Affair’s actor Dominic West. ‘The Square’ is Sweden’s submission for Best Foreign Language Film at the 2018 Oscars.

Joining his Swedish counterpart is Iranian-born Milad Alami, with his first feature film ‘The Charmer’, which opened the New Directors lineup at San Sebastian Film Festival earlier this year. The intense psychological drama follows Esmail, a young Iranian man desperately looking to secure a stable girlfriend who can secure his stay in Denmark. As time is running out, he unexpectedly falls in love, and his hidden past catches up with him.

DIFF’s Artistic Director, Masoud Amralla Al Ali, commented on this Cinema of the World programme: “DIFF’s Cinema of the World programme embraces diversity in all of its forms through its commitment to sharing the best films from around the globe. We are proud to be able to bring these stories to new and diverse audiences here in the region, as well as sharing tales from our own shores. In this way, DIFF is a true exchange of cultures.”

Nashen Moodley, Director of the programme added: “We scour the world every year to ensure to we bring a diverse, compelling selection of the very best films to Dubai. I urge film fans to come and discover the most highly anticipated features of the year that make up the Cinema of the World programme which truly explore different cultures and life experiences, paving the way for new understandings.”