The 8 Hours of Bahrain is set...
SocietyPR This WeekDILMUNIA Outdoor Music Concert in Collaboration with Belcanto Vocal Studio and Life in Music Showcases Local Talent in the Kingdom 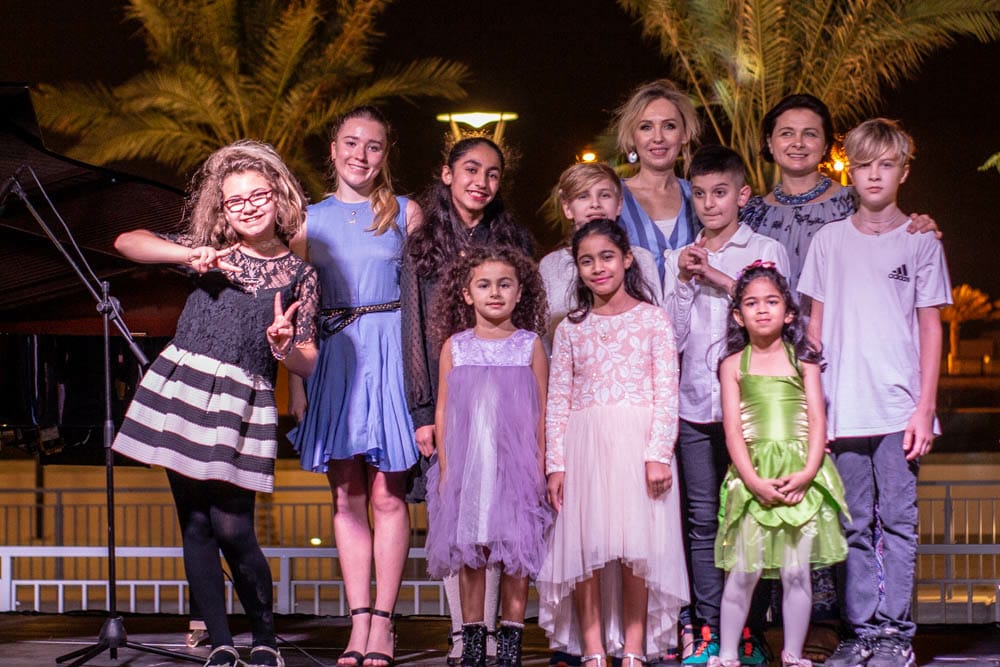 Over a hundred people attended the outdoor music concert hosted by Dilmunia in collaboration with BelCanto vocal studio for children and adults, and Life in Music Performing & Visual Arts institute. The event was held along the Dilmunia Canal side and brought together families and children for dazzling performances by local talented youth ranging from ages 5 – 25 years old.

BelCanto Vocal studio was founded by Natalie Estanom, which aims to provide many opportunities to perform on stage at musical events in the Kingdom of Bahrain since 2003. It provides several opportunities for singers to develop their performing skills and garner the confidence needed for professional performances. BelCanto’s singers practice singing in a variety of vocal genres from Musical Theatre to Classical genre, as well as pop and contemporary styles.

Natalie Estanom said “With great pleasure, we hosted an event that showcased young, talented singers and musicians. We would like to express our gratitude to Dilmunia for supporting us in organizing and executing such a wonderful event that is close to our hearts. We look forward to further cooperating with Dilmunia for future events.”

The Life in Music is a school of performing & visual arts founded by Olga Aoust has been in the Kingdom since 2006. It’s one of the largest professional Russian Music Schools in the Kingdom, with a mission to uncover children’s musical talent at an early age and build strong foundations in the performing arts.

Olga Aoust stated, “It was such a beautiful location on Dilmunia Canal Walk and well organized. We would like to express our gratitude to the main organizer Dilmunia who made

this event a success, and to all teachers and students who were involved. Their hard work is very much appreciated. The concert was organized to draw the attention of the people of Bahrain to encourage and inspire the young generation to love music. We believe that Music is a universal language that brings people together and children are gifted with a talent in Music and the Arts. Life in Music is tasked to nurture this gift to enable them to capture the world in their future musical endeavors.”

IDC CEO Mohammed Khalil Alsayed stated, “Events such as these reflect our mission, and showcase the very essence of what Dilmunia stands for. We want to bring communities to come together and celebrate and showcase their offerings as well. This event highlighted local talent, creative and passionate individuals who are giving back to the Kingdom by motivating young children and adults to pursue their dreams and tap into their artistic abilities. We want to thank our partners for making this event possible and bringing families together in such a beautiful setting along the Dilmunia Canal. We look forward to more events such as these in the upcoming months.”