It is interesting to note how food...
CultureInside BahrainDiplomatic Affairs Advisor receives Director of John XXIII Foundation for Religious Studies in Bologna 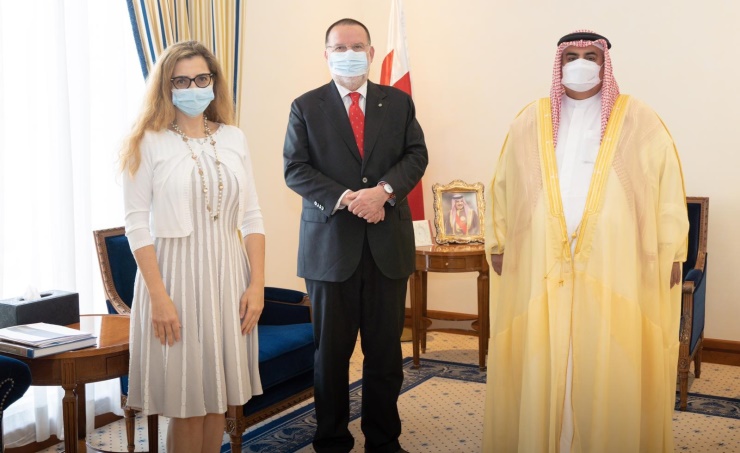 Adviser to His Majesty the King for Diplomatic Affairs Shaikh Khalid bin Ahmed bin Mohammed Al Khalifa received Dr. Alberto Melloni, Director of the John XXIII Foundation for Religious Studies in Bologna (Fscire) and Holder of the UNESCO Chair on Religious Pluralism and Peace at the University of Bologna, Italy.

Shaikh Khalid hailed Melloni’s visit to the Kingdom as a reflection of the distinguished friendship and relations between Bahrain and Italy and progress of their cooperation.

He affirmed Bahrain’s commitment and eagerness under the leadership of His Majesty King Hamad bin Isa Al Khalifa to a policy based on openness to the countries and aimed at promoting the values of tolerance, pluralism and dialogue among different cultures.

Shaikh Khalid praised the role of the John XXIII Foundation for Religious Studies and the University of Bologna in spreading core values to achieve wellbeing and prosperity for humanity.

Dr. Melloni expressed his deep appreciation of Bahrain’s great efforts in support of tolerance and pluralism aimed at establishing security and peace across the world, referring to the 2021 G20 Interfaith Forum to be held on September 12-14 in Bologna.