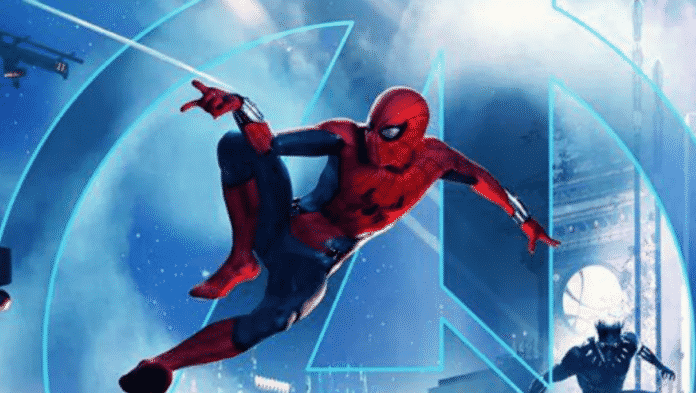 “We’re building an immersive super hero-themed land at Disney California Adventure to enable our guests to join the Avengers to save the world,” Bob Chapek, chairman of Disney Parks, Experiences and Products, said at D23 Expo.

The Avengers Campus will open in summer, 2020.

There’ll be a Spider-Man attraction known as the Worldwide Engineering Brigade, or WEB headquarters. A previously released description of the ride reads: “The Avengers are setting up new Headquarters and training facilities around the globe to inspire all potential recruits willing to step up and become something more.

“As part of this global initiative, Tony Stark has founded the Worldwide Engineering Brigade — or WEB for short — to develop advancements in super-powered technology, including new enhancements to Spider-Man’s suit as their debut project. By bringing together the world’s brightest young inventors, the WEB is creating new interfaces that will empower all of us to join the ranks of Earth’s Mightiest.”

The attraction will be joining the Guardians of the Galaxy Mission: Breakout ride, which was built by re-theming the old Tower of Terror. Guardians was launched two years ago, in May 2017. The remainder of the Marvel-themed area is being built in the old A Bug’s Land next to the Guardians ride, in the area adjacent to Cars Land.

Also coming to Avengers Campus is a merch store and character meet and greets, Entertainment Weekly reported in June. A Doctor Strange Show and an Ant-Man microbrewery were also previously rumored, but no details were confirmed at D23.

The Walt Disney Studios Park at the Disneyland Paris Resort will be getting a “reimagined attraction” featuring Iron Man and other Avengers including Captain Marvel, Black Panther and Captain America in 2020, Disney said in December.

Disney had previously described the new ride as a “hyper-kinetic adventure,” with an immersive roller coaster being transformed into a Marvel-themed ride.

Disney’s Hotel New York at Disneyland Paris is also getting re-themed to fit into the Avengers style.

Hong Kong Disneyland’s Marvel-themed area will be coming as part of a “multi-year expansion.” It already features an Ant-man and The Wasp: Nano Battle attraction that opened in March this year, where you face off against Hydra Swarm-bots. It’s also got the Iron Man Experience, which launched in 2017 as a Marvel version of Star Tours where you get to battle Hydra.

Nothing has yet been announced for the remaining three theme parks in Disney’s stable. But given the popularity of the movie franchise, with Avengers: Endgame being the highest-grossing movie ever, we wouldn’t be surprised to see the Avengers assemble in Orlando, China and Japan, too.

Medpoint Design and Events Management is hosting the first of its kind Global Women’s Virtual Fashion Forum & Show which will highlight topics that...
Sports This Week